Chinese investor HNA Property Holdings sold it to an overseas buyer new to the Twin Cities market for $320M, compared to the $315M HNA paid in late 2016. The new number, like the previous one, reportedly is a record price for a single asset in the city. 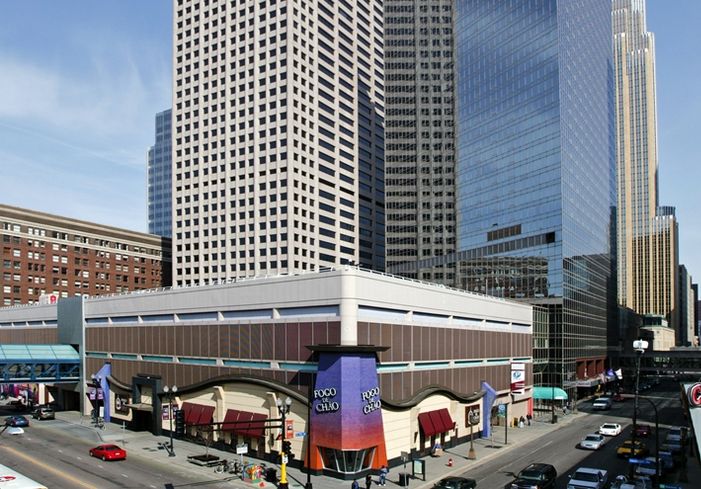 Courtesy of Ryan Cos.
City Center

The identity of the buyer wasn't disclosed at the time of the sale, but the Minneapolis Star-Tribune reported that Samsung Life Insurance acquired the property, citing unnamed brokers familiar with the deal.

The new owner has tapped Ryan Cos. to manage City Center, except for the hotel component of the property. Ryan Vice President of Real Estate Management Jeff Steinke told the Star-Tribune that the new owner plans to make upgrades to the property, especially in the mall's common areas.

City Center is composed of nearly two city blocks in the center of Minneapolis, including the 51-story 33 South Sixth St. tower, a three-level, 381K SF retail mall, a 687-stall attached parking garage and the Minneapolis Marriott. Target Corp. is the anchor tenant of the office building.

HNA Property Holdings is the property arm of conglomerate HNA Group. The Minneapolis sale follows word that HNA is selling its stake in Spain’s NH Hotel Group SA for €619M ($726M). The company also recently sold its shares in Hilton Worldwide Holdings Inc., and 181 West Madison in Chicago, after holding it for only a year.

So far this year, the Chinese conglomerate has sold more than $14.5B in assets, as it seeks to reduce debts, Bloomberg reports. Tensions surrounding Chinese investors pouring capital into foreign assets and real estate have heightened. In a series of recent policy changes, Beijing has pumped the brakes on the amount of capital flowing out of the country.