Stadium and public venue owners and operators have a new nightmare to worry about in the wake of the deadliest mass shooting in modern U.S. history.

High-density mixed-use projects with hotel and multifamily towers overlooking concert venues or stadiums are springing up all over the country. They sate consumers' desire for walkable and experiential environments and command premium rents.

Oct. 1 in Las Vegas crystallized deadly possibilities in these developments. Although the attack was a wake-up call for the industry, experts believe these types of projects will not fall out of favor. 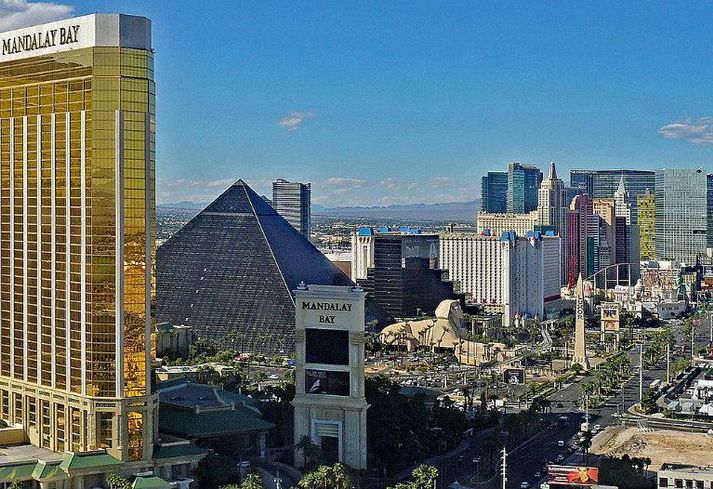 From an elevated position 32 stories above the Las Vegas Strip, Stephen Paddock killed 58 people attending the Route 91 Harvest country music festival outside the Mandalay Bay hotel, injuring about 500 more. The festival was held in an open-air lot next to Mandalay Bay and the Luxor Resort & Casino.

Some security experts say that attack created a new paradigm when it comes to terrorist tactics. As professional stadiums and other major public venues become tied to mixed-use projects — where apartments, offices, hotels and other commercial buildings tower next to the main attraction — security officials and others are warning that Las Vegas shows the danger of terrorist attacks from an elevated platform.

“Because of the death toll, we will see it copied,” Stratfor Vice President of Tactical Analysis Scott Stewart said. Stratfor is an Austin, Texas-based private geopolitical analysis firm. “It's only a matter of time.” 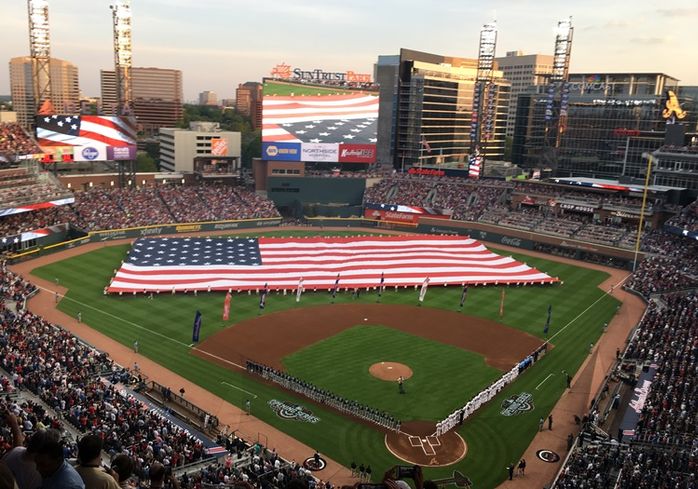 Views into stadiums and public settings can make a development.

By the end of the year, Omni Hotels & Resorts is slated to open its Omni Hotel at The Battery Atlanta, a 16-story, 264-room hotel inside the mixed-use development surrounding the Atlanta Braves' SunTrust Park project. Some rooms from the 10th floor up will have unrestricted views of SunTrust Park and Braves games.

While the hotel has yet to open, Omni General Manager Ramòn Reyes said the hotel expects to charge a premium for those rooms, especially on the luxury 16th level, where penthouses include outdoor terraces. Omni expects to charge anywhere from $219 to $249 per night throughout the year for its base room rate, Reyes said.

“The premiums from standards to luxury room varies anywhere from 5% to 30% from base rate,” he said.

Interest in those rooms is already apparent. Reyes said the hotel has pre-booked more than 35 private groups for The Battery hotel during the 2018 baseball season.

“We're going to see a lot more momentum once we open our doors in December,” he said.

Reyes declined to comment on security concerns and the Mandalay Bay shooting.

"First and foremost, our prayers go out to those injured in this senseless tragedy and we extend our heartfelt sympathies to the friends and families who lost loved ones," Omni officials said in an emailed statement. "We do not share our security procedures externally. But I can assure you that the safety and security of our guests and associates are always our top priorities — at every Omni Hotels & Resorts property.” 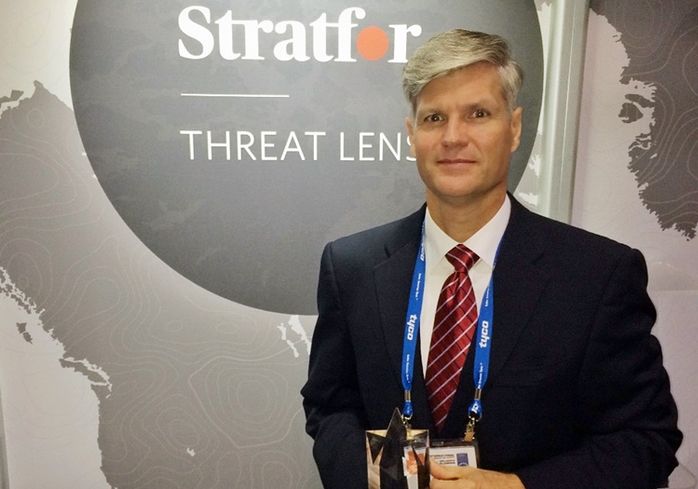 Even before Las Vegas, which officials say was not tied to any terrorist group, public venues such as stadiums and concert halls have been a favored target for terrorists. A suicide bomber triggered a bomb near a Paris stadium in 2015, one of the many sites in that city targeted by terrorists in a coordinated attack that killed more than 100 people, including 90 concertgoers at the club Bataclan who were gunned down by three attackers during an Eagles of Death Metal concert.

Two homegrown terrorists used a rigged pressure cooker to bomb the Boston Marathon in 2013, killing three and injuring scores more. And more recently, a terrorist detonated a shrapnel bomb outside a concert hall in Manchester, United Kingdom, after an Ariana Grande concert, killing 23.

But the attack on a crowd of concertgoers in Vegas from the 32nd floor of the Mandalay Bay was a paradigm shift for law enforcement, similar to the impact 9/11 had, Stewart said. Before 9/11, the FBI taught agents to stand down in the event terrorists hijacked an airplane and allow it to land, Stewart said.

An expert with Prevent Advisors, a division of Oakview Group that provides security and security consulting to many public venues, including major sports stadiums, sees arena owners and operators now having to consider more scenarios when it comes to safety planning.

“This is kind of a new tactic,” said Prevent Advisors Vice President of Operations Michael Downing, one than is potentially devastating for a confined venue like a major sports stadium, given those facilities have more choke points that amass crowds and fewer ways out, he said. 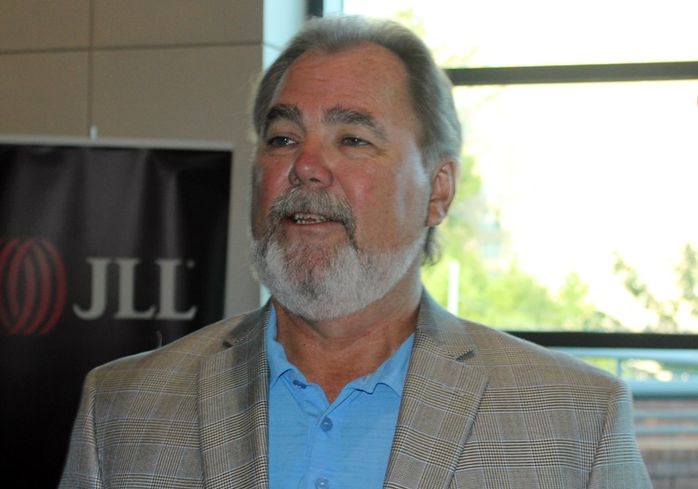 For Stadiums, Security Has Never Been An Afterthought

For stadium owners and operators, security has always been part of the conversation, especially since many venues are not only used for games, Stadium Managers Association Executive Director Mary Mycka said. Even active shooters from an elevated position have been considered in the past, Mycka said.

“I think that concern has always existed and has always been part of the security plans and preparations the stadiums have for their own events,” she said.

For the Atlanta Braves, Las Vegas underscores all the security aspects the organization takes already at SunTrust Park and The Battery, Braves President of Development Mike Plant told Bisnow.

Already, security in the park is coordinated not only with the Braves, but with the other businesses, including Omni and Comcast, which occupies an office building that also has some view into SunTrust Park. But security concerns were baked into the planning of the mixed-use park well before any shovels hit the dirt, Plant said. The Braves consulted with various groups, including the U.S. Department of Homeland Security, the Georgia Bureau of Investigation and the local police, as well as various private security consultants.

“Just look around the ballpark at how many bollards we have. It's extensive,” he said. "But that's the world we live in today."

Bollards are solid short posts that deflect against ramming attacks with vehicles.

Plant also said the Braves ensured that they had ultimate control over the Battery properties and buildings, even if the organization ever decides to sell them to other owners.

“We have control of everything. We're the developer and the owner and the tenant. And there's a reason for that,” he said. “It'll all still be controlled by the Braves. But it has to be.” 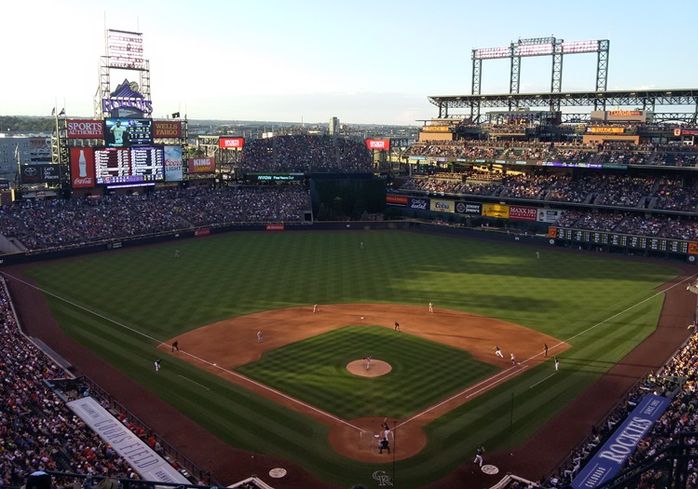 Some venues may rework security plans to address the possibility of attacks from high elevations on public settings.

Downing said even private developers are responding to a new world where terrorists target public gatherings. His firm was recently tapped by an undisclosed developer of a mixed-use project that would be adjacent to Coors Field in Downtown Denver to offer security advice on the project's street-level retail.

Among the possible security measures recommended are a series of bollards, shatter-resistant glass, an integrated security camera network and undercarriage sensors in the parking garage.

“That's something that we're going to see coming out pretty heavily is that reliance on the risk assessment,” Porter said.

But when it comes to hotels that overlook stadiums, the issues become more complicated. Porter said he has been hearing conversations among some venue owners who are considering renting out hotel rooms to prevent people from staying in the ones with lines of sight into the venue.

The Braves may update security plans to address a terrorist attack from one of SunTrust Park's neighboring buildings. Plant said the organization plans to meet with tenants to address those issues.

“Do we have to look at that differently? Maybe, to some extent. But it's not like we are starting from square one,” he said. “It's sad to say, but we know we have to be diligent.”

The reality is venue owners can only do so much to mitigate the risks posed by terrorism.

“I think after 9/11, it sort of proved that at some point there is no amount of security you can put into place that will protect your real estate from some event,” Smith said.

And even if the tragedy in Las Vegas prompts some stadium and venue owners to rethink the layout or height of the mixed-use portion of projects, it would be hard to convince the development community to go along with that, said Thomas Smith, an associate professor of finance at Emory University's Goizueta Business School. So most likely, new stadium projects will continue with plans for hotels and offices and apartments — some with views into the playing field and stands.

“These are premium views,” Smith said. "These are going to add 12% to 20% to the rents. Developers are going to say, 'This is the economics of it.' Nobody wants a view of I-85. They want a view of the stadium."