When it comes to how much money they make long term, it will not matter if the Atlanta Falcons win the Super Bowl. What will really matter is whether the Falcons' new Mercedes-Benz Stadium will attract mega-events to the city. 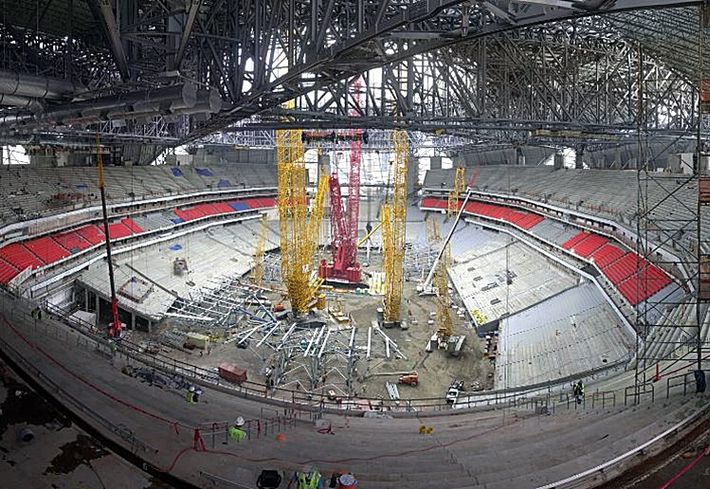 The $1.5B Mercedes-Benz Stadium will have a combined direct and indirect ongoing economic impact of between $80M and $100M, perhaps reaching as much as $120M in really good years, beyond the typical annual economic impact seen at the Georgia Dome (not including the one-time impact of the stadium's construction).

That is according to a study conducted by Georgia State University economics professor Bruce Seaman. And it is a conclusion Falcons president and CEO Rich McKay is standing behind, even though it is more conservative than other estimates of the impact the old Georgia Dome had in a year.

According to a Georgia World Congress Center Authority study in 2015, the Georgia Dome accounted for more than $480M in economic impact in the fiscal year, a figure that also included recurring events, a factor Seamen said he discounted in his estimates. Seaman's study was funded by the Falcons organization to help the team in its talks with the City of Atlanta for public subsidies on the $1.5B Mercedes-Benz Stadium.

“We hired the most conservative person we could find because we didn't want the impression that we were inflating the numbers,” McKay said. 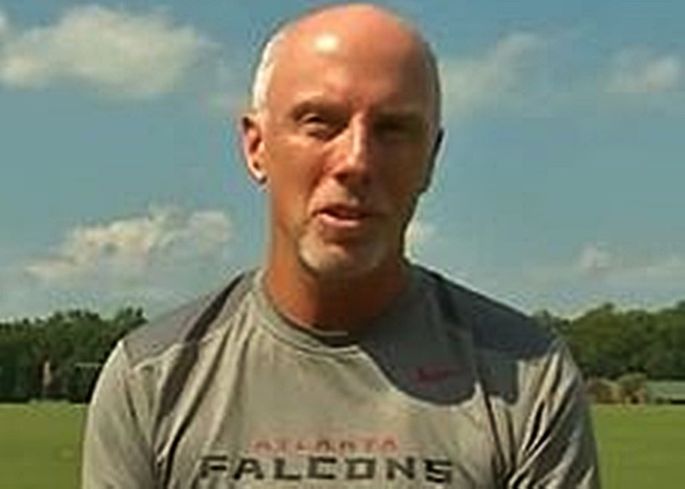 “I don't think we revised it from that day,” McKay said.

A potential championship win has helped the Falcons with personal seat licenses — the fee one pays to obtain season tickets. According to data from GWCC, PSL sales as of November tallied $190.8M, including both club and non-club seating of more than 37,400. McKay did not disclose how many PSL reserved seats the 71,000-seat stadium contained.

McKay said PSL sales have “accelerated in pace” due both to the winning season and the “urgency people now feel” as the stadium gets closer to completion. “Our intent all along has been to sell out the building on a PSL basis.”

The Other Big Team 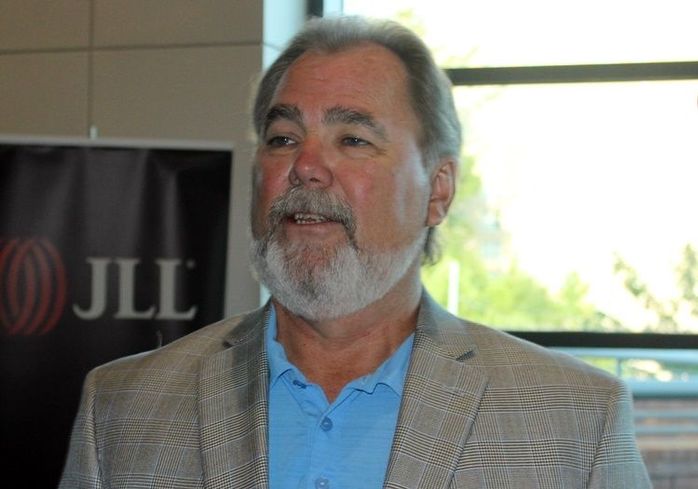 Across town from the Mercedes-Benz Stadium, Atlanta Braves president of development Mike Plant wants to rewrite the book on major sports stadiums and their contribution to a community.

“There have been some books written where the so-called sports economists [claim] where public participation in a sports venue does not give an economic impact,” Plant said. "And we completely disagree." 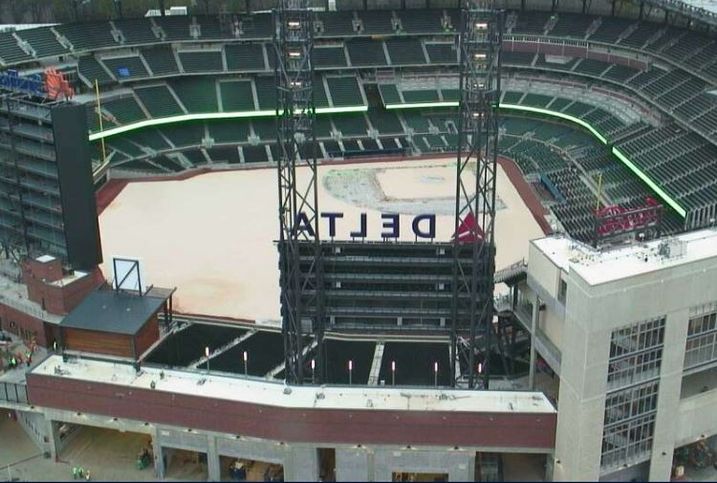 Even as construction of the more-than-$1B SunTrust Park and the surrounding Battery development continues unabated, the Braves have already moved into their new offices at 755 Battery Ave. That construction alone has already generated $235M in economic impact in the region, according to the organization. Since 2013, the Braves have spent $4B on planning and construction for the new stadium.

The Braves' ongoing economic impact on Cobb County and the region is being upwardly revised from its time at the old stadium. At Turner Field, Plant said the Braves annual economic impact was an average of $120M/year. At SunTrust Park, the organization believes both direct and indirect impacts will increase to an average of $200M, he said. And that's despite landing in last place in the National League East in 2016.

The Braves' performance in their last season ever at The Ted could give a better impression of attendance when it opens the season at SunTrust Park this year, said Stanford University economics professor Roger Noll.

“Once you start playing the games, the incremental attendance will be greater for the team coming off a bad season than one coming off a good,” he said.

The Falcons and Braves can expect attendance to be strong next year out of sheer curiosity about the new venues.

“Building a new stadium generally leads to an increase in attendance regardless of how the team did last year,” associate economics professor at Missouri University of Science and Technology Michael Davis said. "There's a novelty effect that goes on with a new stadium." 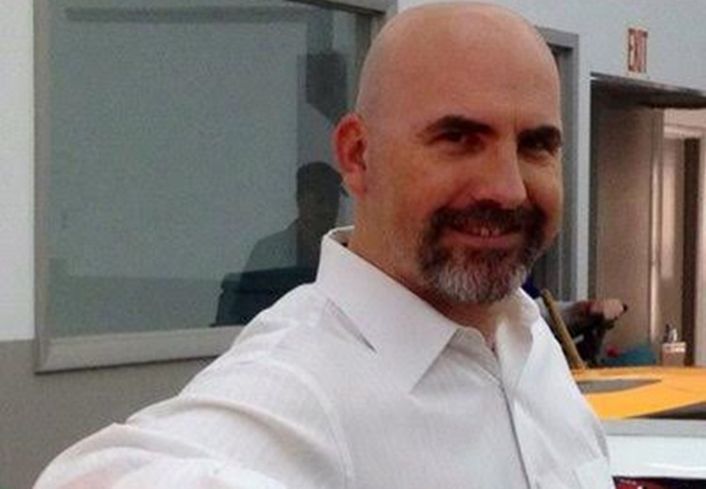 For both the new Braves and Falcons stadiums, Tom Smith, a professor at Emory University's Goizueta Business School, said the economic impact may just be a wash over time.

After all, they are not new teams to the metro area. The Falcons simply built a new stadium next door to the former Georgia Dome. The Braves moved out to Cobb, and while the building will have a noticeable effect on the local economy there, the overall economic impact to the region should remain consistent.

It's All About The Events

Where there could be a difference with a new stadium is being able to draw more mega-events, ones that have a clear, one-time economic impact, Smith said. Many credit the new Falcons stadium for the organization having successfully bid to host the Super Bowl in 2019.

For McKay, events are a key component to justifying the new stadium. “Football stadiums have for a long time [been] sold to communities as economic drivers,” he said. “We didn't see it that way."

Instead, McKay said Mercedes-Benz Stadium could “reset the bar” on the kind of events Atlanta attracts.

McKay said the 2019 Super Bowl could be Atlanta's big marketing push as a host for million-dollar events, even as economists pooh-pooh the projected economic impacts the NFL's big annual game have on host cities. McKay said Houston is a prime example of that, noting he has seen thousands of additional people in the city, whether or not they are actually attending the game.

“Any economist that is going to argue against an impact of a Super Bowl hasn't been to a Super Bowl,” he said.

He likened the 2019 Super Bowl impact on Atlanta's global marketing impression to that of the 1996 Summer Olympic Games. “I don't think you can get anybody to say it's on the same scale, but it's close,” he said. “I would be hard-pressed to find people that it is not the case.”

After The Thrill Is Gone

In the end, both the Falcons and the Braves need to be performing enough to lure people to the games. Because it is spectators who are buying concessions in the parks, and a team's performance keeps their dollars coming, Noll said.

“You need to get them into the stadium to preserve that,” he said. "The reason you built a new stadium is to have more concession areas."

Plant is aware of that pressure to keep the casual fans coming back. After all, in his view, it is why the Braves moved to Cobb to begin with — getting closer to what the franchise saw as its main customer base.

“Winning then becomes a bonus. And believe me, it's a lot happier place here when we're winning than when we're losing,” Plant said, citing all the hot prospects the Braves have coming up to the majors next season. “What's going to start happening when you start winning again, those casual fans will start coming more. Those are part of the things we need to do to get back to the promised land.”