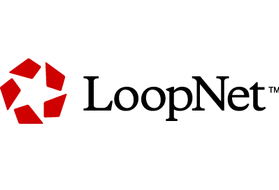 Corporate tenants searching for new office space have started to skip what was once a crucial step: reaching out to their broker. Rather than rigorously touring a short list of properties that their brokers have assembled on their behalf, company decision-makers are browsing online for properties that they love and finding their new headquarters all on their own.

Despite this shift, many properties’ marketing strategies still focus on broker outreach. As tenants continue to flip the script, properties without a digital-first approach could be left in the lurch.

“We believe that this is a seismic shift in how owners effectively market commercial properties,” CoStar founder and CEO Andy Florance said on a recent company earnings call. “Owners now need an effective strategy to market their properties directly to the tenant.”

Two decades ago, tenants didn’t have the means or resources to go searching for office space on their own, so they relied on the expertise — and the handshake networks — of brokers who could introduce them to the best properties on the market. But now digital marketplaces like LoopNet have erased the information barrier between tenants and property listings.

By using Google Analytics and tracking the IP addresses of its end users, the team at LoopNet was able to see that many of the largest companies in the nation regularly search for space on its site before signing multimillion-dollar leases.

“We saw IPs from one of the largest tech companies in the U.S. viewing multiple new locations repeatedly on LoopNet,” Florance said. “The company later signed a lease in the hundreds of millions on those very same properties.”

Similarly, one of the nation's largest professional services firms executed seven lease deals, worth approximately $145M, on properties they viewed on LoopNet. Florance also cited one ad on LoopNet for an office business park in Pennsylvania where six of its new tenants viewed the properties on the site before they signed a lease.

All of these major companies were still being represented by brokers, Florance said, but the frequency and timing of the visits to LoopNet demonstrate how online marketplaces have become irreplaceable resources for companies during every stage of the search for office space, from prospecting to education to finally inking a lease.

Without a strong digital presence at each of those stages, properties may never make it onto the radar of brokers or the companies they represent.

The trend of companies finding properties on their own through digital marketplaces is only expected to grow. According to Google Analytics, average monthly unique visitors to LoopNet reached 6.1 million in 2019, an increase of 16% over 2018. And in the company’s 2017 consumer behavior study, LoopNet found that 40% of tenants have leased a property they initially found online by themselves.

Commercial real estate can be slow to adapt to new paradigms, and some property teams may see digital marketing as an expense that won’t be as cost-effective as preserving relationships with power brokers. But some of the most forward-thinking real estate companies are throwing their weight fully behind digital weapons for advertising their spaces.

On the earnings call, Florance pointed to one of New York's largest property owners, which is in the process of marketing approximately 500K SF near Times Square and has locked in one of the prime ad slots on LoopNet for six months at $11K per month. To some owners, that could be seen as a heavy cost for a single property. But Florance said the company is paying for exposure it could not get with any other marketing tool or personal relationship.

“Leasing that space on a 10-year deal could generate $300M to $400M of revenue for the owner,” Florance said. “Would you invest $66K for an effective marketing solution that could bring you a $400M deal?”

“These are huge industry changes,” Florance said. “Owners have spent billions each year to make sure that they made brokers’ shortlists of properties. Now tenants are building their own short list online by themselves on sites like LoopNet and the first tour of the property occurs virtually. The marketing realities have shifted dramatically.

This feature was produced by Bisnow Branded Content in collaboration with LoopNet. Bisnow news staff was not involved in the production of this content.

LoopNet
LoopNet is the most visited commercial real estate marketplace, covering For Sale and For Lease properties across all commercial property categories. With nearly 9 million monthly visitors, listed properties receive unrivaled exposure to the largest CRE tenant and investor audience. As the nation’s #1 most visited commercial real estate listing network with 18x more unique visitors than any other marketplace, LoopNet unlocks exposure across the web. LoopNet is a part of CoStar Group, Inc. and is headquartered in Washington, DC.
Confirmed! You are subscribed to the Bisnow National E-Newsletter.
Most Read Stories
More Top Stories
Bisnow National Newsletter
Bisnow National Newsletter