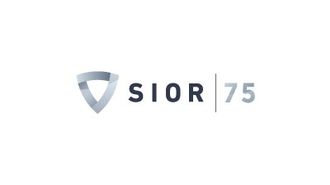 2016 marks the Society of Industrial and Office Realtors (SIOR)’s 75th anniversary celebration. Established in 1941, the organization has become the world’s leading industrial and office real estate association, extending to 48 chapters worldwide with over 3,000 members. But to get a sense of how SIOR's honoring its anniversary and continuing to evolve, we took a look at the organization’s history, innovations and celebratory activities.

Knowing that the inevitable war effort would soon increase demand, Frank and David returned to Philadelphia and began setting up the organization. Frank, David and Joe Greenberg—who would soon become the organizing committee’s chairman—founded the Society of Industrial Realtors only months before the US entered WWII.

SIR was instrumental in providing plant space for war materials and soon attracted national attention. Two hundred of these brokers across the US and Canada—who eventually became the Society’s charter members—surveyed suitable facilities and reported their findings to the War Department, and it was from that point on that SIR became a force to be reckoned with in the industrial market.

Sanny Sue McCleery from Ft. Worth became the first woman elected to active membership in 1950, showing that SIR was well ahead of the curve when it came to social standards. But Sanny wasn’t just accepted for the PR, SIOR says. To become a SIOR member, one must undergo a specific admission process, meeting a variety of requirements, such as continually upholding the highest ethical standards of practice. SIOR closely examines experience, production, educational and industry endorsements, and Sanny exemplified all of these qualities, and then some.

The Society was invited to participate in the World’s Fair held in Brussels, where prominent SIR developers displayed their industrial parks at the fair. It was only a matter of time before the Society began expanding to European markets.

By 1966, the Society’s 25th Anniversary, it was estimated that SIRs handled the majority of all industrial transactions in the US and in 1969, the first Annotated Bibliography on Industrial Real Estate—widely considered to be a landmark textbook on the subject—was published.

By 1976, then-president Tom Lang had led the association in becoming active in national legislative issues, meeting with government officials from various departments to raise both awareness of SIR and concerns over finding alternative energy sources, including solar energy.

The expansion to include office property professionals, as well as the name change, came in 1986. That year also saw the establishment of the Howell H. Watson Distinguished Service Award, which honors members for outstanding accomplishments, length of service, and dedication to the principles of SIOR.

The '90s saw the emergence of new technologies like the fax machine, the Internet and email, as well as waves of new brokers brought in by the Candidate program, which gave young brokers the opportunity to meet other like-minded industry professionals. When it comes to tech, SIOR says it's continually focused on adding to its technology skill set and pushing these resources out to its members.

“Delivering mobile, web and enterprise projects is a must in today’s business climate,” SIOR explains. “We’re highly focused on ensuring all of our services are easily available in every digital format and for every device and social platform, so that as technology changes, we're changing with it. We’re even beginning to look into how the Internet of Things can be utilized for member benefits and services.”

SIOR has even established its first European chapter, known as the European Regional Council. When asked why this worldwide footprint is so important, the group says it believes that as the world gets smaller, the “need for a wider knowledge base and global market expertise is more crucial than ever.”

Now a global organization, SIOR remains true to its roots. Nowhere is that more clear than in their new logo, which aims to honor the tradition of excellence by repurposing the shape of the shield.

“Its sturdy mark and intelligent type treatment represents our members’ professionalism and how they stand as the best-in-class of their industry,” SIOR says. “In addition, the stylistic mark shows we're thinking ahead and striving for innovation.”

But that’s not the only new step SIOR’s taking for its modernized approach. The organization has reinvigorated the look of its website, introduced new digital tools, begun planning its first global conference in London this June, announced plans for the dynamic redesign of its in-house publication, and activated a systematic, organization-wide. public-facing, thought leadership initiative. It's also developing high-level research reports and partnerships specially targeting the evolving, real-world needs of the various real estate companies its members advise.

But the organization says this is the start of a highly thought-out, multi-year focus with much more to come. SIOR’s transformational leadership team has been “instrumental” in setting the tone, providing the vision and bringing out the very best in the organization and building towards another 75 years of high-quality service and success.

When asked how it has been able to remain successful for so long, SIOR says one of the most impactful ways to stand out in a crowded marketplace is to do certain things extremely well.

“First, without question over the last 75 years, the organization has maintained an unwavering focus on quality. The standards to become a SIOR designee are extraordinarily high and established for a reason. Second, we have and continue to create significant value for those that are a part of SIOR.”