The Kroger Co. is getting ready to bring the robot revolution to the U.S. grocery industry.

Kroger, the second-largest retailer in the country, is expected to order three automated warehouses from British online grocer Ocado by the end of the year, Reuters reports. The three distribution centers would be the first of 20 to be built based on the partnership agreement signed between the two companies in May. 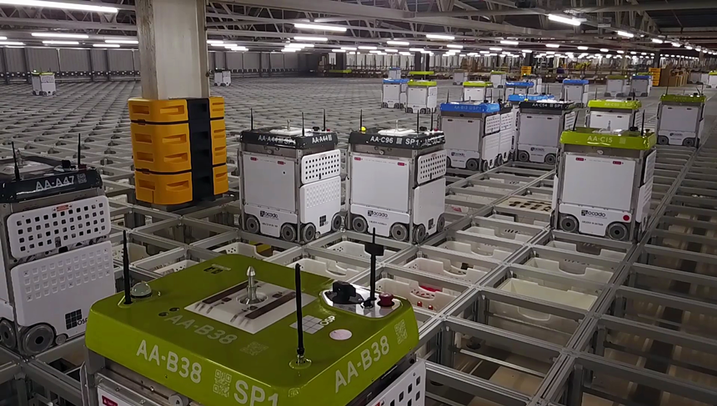 Despite its large market share, Kroger has felt the pressure of Amazon on its business, making or hinting at several moves in the past couple of years to adapt to the new reality of shopping in the e-commerce age. Ocado's warehouses, 100% staffed by robots, are geared toward optimizing online ordering — a primary focus for Kroger.

While it is not as much of a sea change as its rumored merger with Target would have been, Kroger's commitment to full automation is still rare in the U.S. industrial sector. While plenty of warehouses have some automated elements, they are still so expensive to build that only companies with huge balance sheets like Kroger can afford them. Even so, Kroger will be getting a lot of help in that area.

While the terms of the agreement have not been made public, Ocado is expected to develop and manage the distribution centers on Kroger's behalf, according to Reuters. Ocado will reportedly pay for the bulk of the construction and retain a large share of profits, with Kroger expected to pay a percentage fee on the first three warehouses in the agreement.

The remaining 17 sites will reportedly be chosen within the next three years, and could be developed with different cost-sharing structures.