The 10 Sexiest Swimming Pools in the Country

Beautiful swimming pools are no longer limited to fancy hotels. Nowadays, developers are using it as a sexy amenity from everything to luxury student housing to high-rises. (In one case it's even a per-unit standard!) So which pools are the most breathtaking around? Bisnow took a look at 10 of the sexiest hotel pools in the country. (Don't forget your swimsuit.) 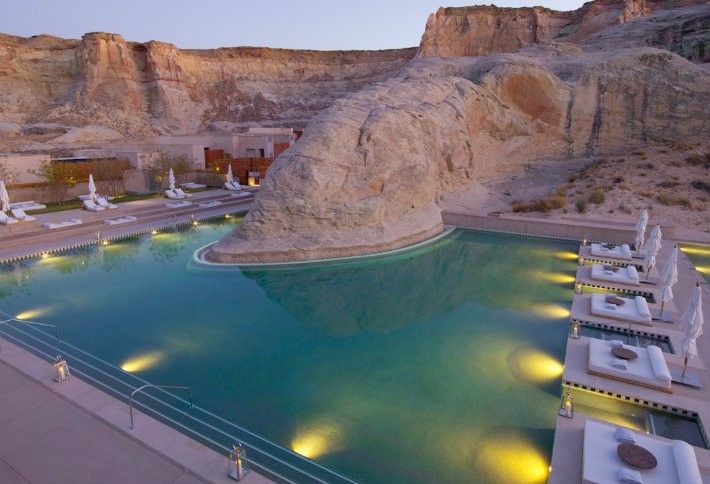 This tranquil resort and spa was built in 2009, and needed seven layers of pure cement to create the perfect color match to the surrounding stone. The pool is always heated to more than 80 degrees, making it steam like a cauldron in the wintertime. There are no nearby buildings to disrupt the stars at night; we think this makes for the sexiest midnight swim possible. 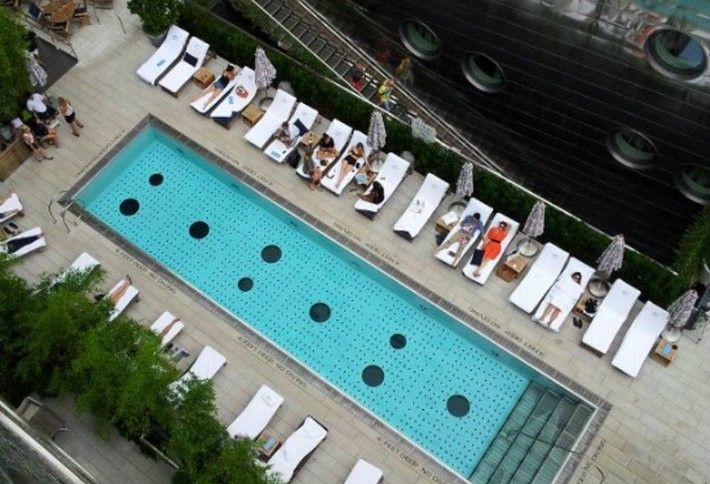 Sexy feature: A glass bottom allows those in the lobby to see up into this rooftop pool.

This Manhattan hotel's 4.8k SF heated outdoor pool is surrounded by white sand imported straight from the swanky Hamptons, bringing the beach to the city. 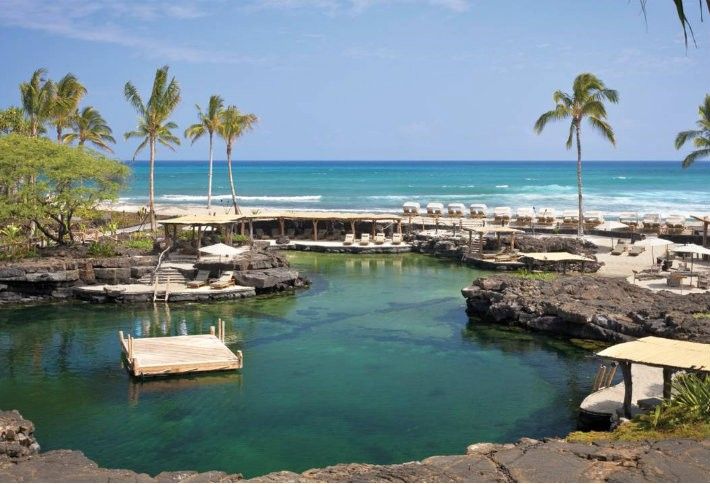 Sexy feature: This grotto-like pool was carved from natural lava rock and is brimming with sea creatures.

This Hawaiian resort's 1.8 million gallon "aquarium" is home to over 75 species of sea life, which come in from the subterranean tunnels that go into the Pacific Ocean. Mermaid wannabe's rejoice. 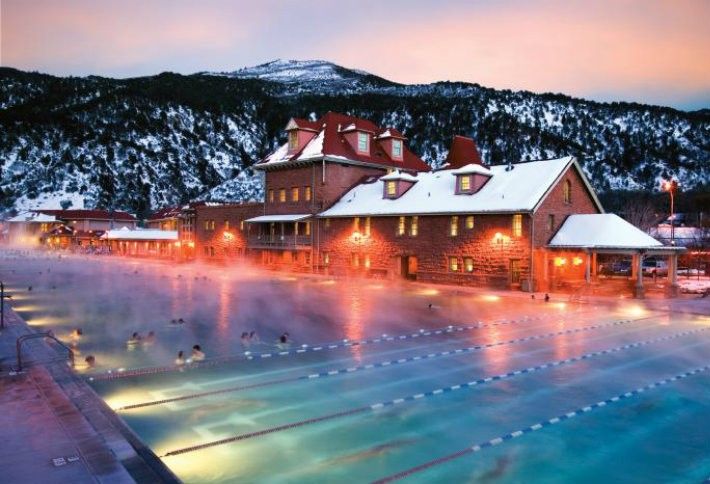 Sexy feature: Bathe in natural hot springs water, which delivers over 15 minerals to your skin.

Since 1888, the Glenwood Hot Springs Pool has been an outdoor sanctuary for relaxation. The spring fills the pool with 3.5 million gallons of hot water every day. 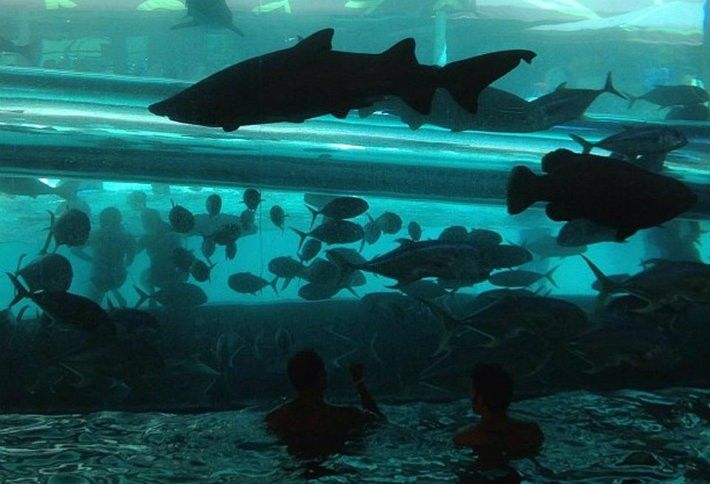 Sexy feature: In the middle of this award-winning pool is a shark tank.

If you're in Vegas, why not hang out with some sharks? We don't mean card sharks, we mean actual sharks (like from Jaws). Built in 2006 for $30M, the Tank at the Golden Nugget Hotel & Casino features a 50 by 30-foot acylic tank inhabited with about 16 sharks. The tank also features a waterslide running through it for those brave enough to endure the eight seconds. 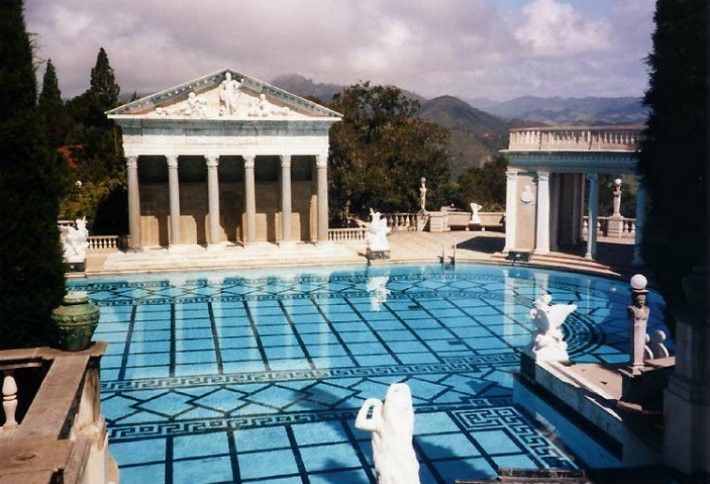 The Neptune Pool features fountains, marble pavilions and even an ancient temple facade. Architect Julia Morgan designed the pool, which took about 12 years to complete. In 2014, the gigantic pool was drained because of the severe droughts occuring in  Southern California; it had been leaking and evaporating up to 5,000 gallons a day. 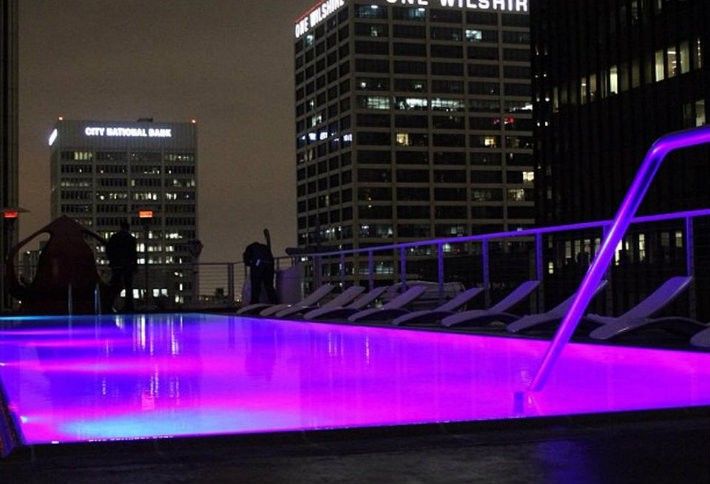 This 12th-floor swanky rooftop pool is a popular venue for pool parties filled with the attractive LA crowd. It may be because of its panoramic views of the City of Angels or waterbed pods. 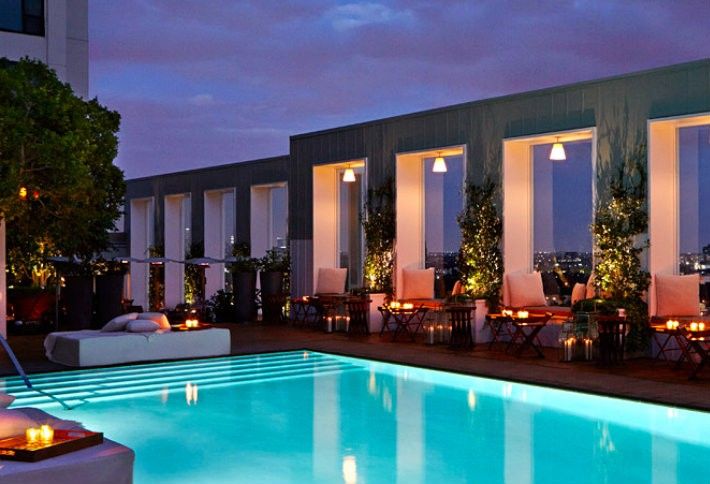 Sexy feature: This flower-lined pool is turned into a romantic lounge at night with the help of lanterns and underwater music.

Up to 200 guests can fit in this outdoor pool area, which has panoramic views of LA. The hotel, now owned by Morgans Hotel Group, has been around since 1959, but the pool's sophisticated and luxurious feel would never give away the hotel's age. 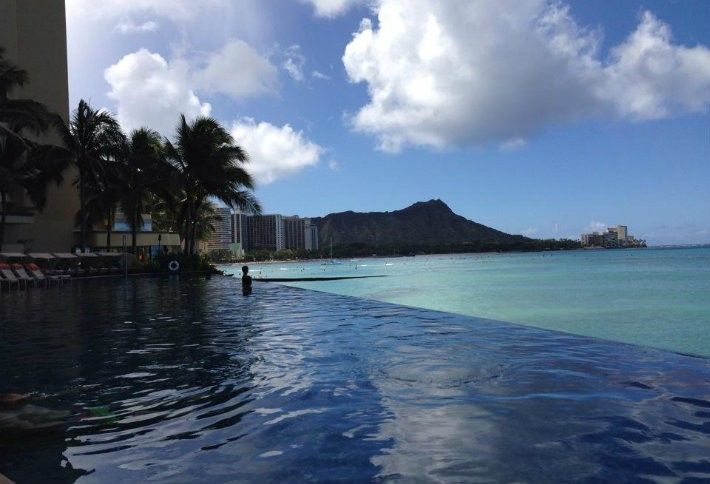 Sexy feature: This infinity pool sits at the edge of the Pacific Ocean.

Starwood's Sheraton Waikiki's Edge of Waikiki is an adults-only infinity pool just a few feet from ocean level. Guests can relax in the lounge chairs, which are half-submerged in the pool water. 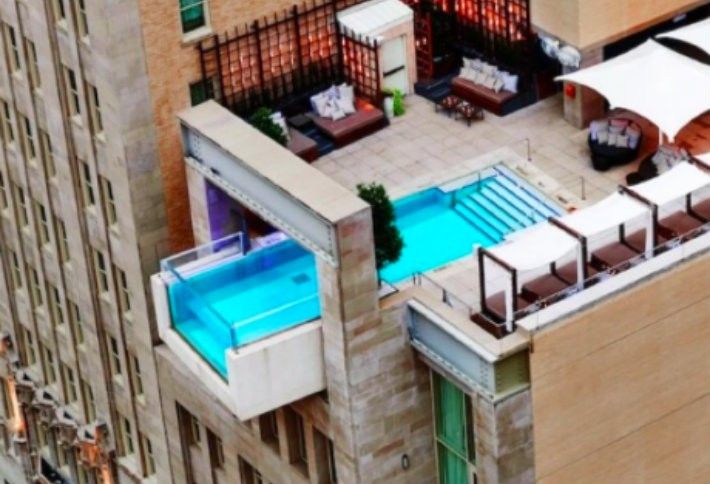 Sexy feature: This glass-fronted pool juts off the rooftop by eight feet.

This hotel sits in a renovated 1920s building, and despite its pool having the best view of Dallas possible, still underwent a $78M renovation in 2014 to feature a new spa and an underground nightclub.