In Wake Of Hurricanes, Some Hospitality Developers See An Opportunity For Luxury

The gale force winds have died down and devastating floods have ceased. Though areas in the Caribbean most impacted by the active hurricane season in 2017 face a long road to recovery, hotel operators are finding hope in the wake of the destructive storms. 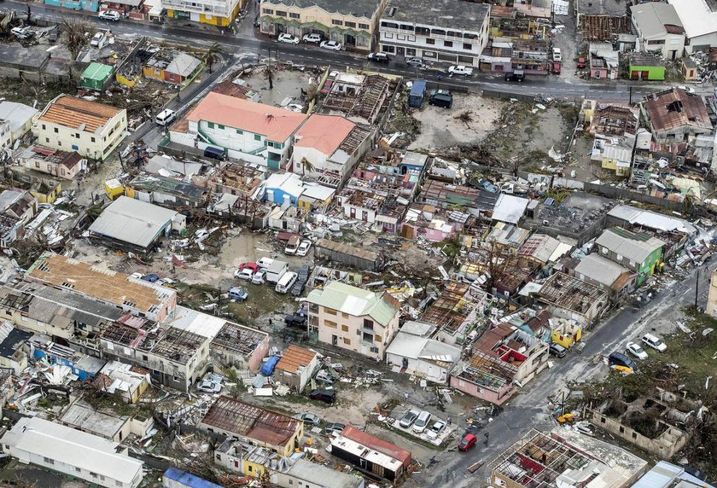 “Of course with natural disasters, we want to recognize the most important issue is the welfare of human lives. But if there’s a silver lining to the devastation of the construction, buildings and infrastructure, I do think there are properties still closed that have the opportunity to be replaced or enhanced with a more sustainable product,” Boston University School of Hospitality Administration marketing professor Leora Lanz said. “It’s a great opportunity to think ahead.”

The Caribbean is in a post-hurricane crisis. The official death toll since Hurricane Maria made landfall in Puerto Rico Sept. 20 is 51, but the mayor of San Juan said Friday the death toll could be closer to 500. The tiny island of Barbuda, north of the island of Antigua, saw 95% of its buildings and infrastructure destroyed by Hurricane Irma, leading Prime Minister Gaston Browne to declare his nation “barely habitable.”

Nearly two months after disaster struck, officials are now examining ways to bring tourism, which generates about $30B annually, back to the white sandy beaches of the 25 nations and territories of the Caribbean.

The Perks Of Rebuilding

One way is to rebuild. Devastating storms can deliver a much-needed break to operators and owners, giving them time to refresh their properties and even replace older product with upscale versions that will be more profitable.

The City of New Orleans is one example of a market's ability to recharge and revive its tourism and hospitality industry following a massive storm. The city was ravaged by Hurricane Katrina in 2005, and many questioned if the tourist haven would ever recover. According to Lodging Economics, a total of 286 hotels, amounting to 45,832 rooms, shuttered following the storm in Louisiana, Mississippi and Alabama. 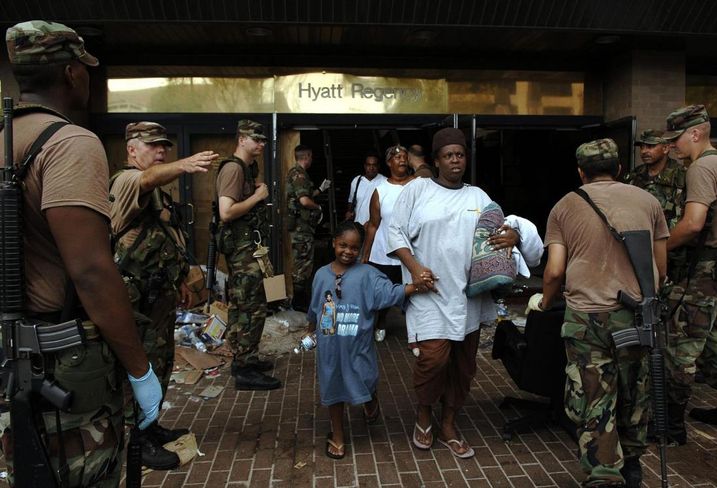 But recover it did.

Ten years after Hurricane Katrina hit, the Crescent City had 600 more restaurants and 853 more hotel rooms than it did the day the storm made landfall. The city viewed the 2011 reopening of the Hyatt Regency New Orleans, heavily damaged by the storm, as a signal of the city's renaissance.

A $285M renovation returned 1,200 rooms to the city’s market and showed industry confidence in the region. Richard Branson’s Virgin Group will open a Virgin Hotel in New Orleans in 2019, and Carpenter & Co. and Woodward Interests have submitted plans for a $360M project to put a Four Seasons in the city’s empty World Trade Center of New Orleans.

The same type of luxury recovery has occurred in the Caribbean before and could be replicated in the areas most impacted by this year’s hurricane season.

Back in 2014, Category 4 Hurricane Odile was the most powerful storm to hit the Baja California peninsula. The storm damaged resorts in the popular vacation destination of Cabo San Lucas, where parts of hotels collapsed and 26,000 foreign tourists were trapped because the storm had been forecast to miss the region before making a surprise landfall.

The hurricane caused $1.2B in damage and 18 people were killed. Cabo was not as impacted as other cities in the region, but its hotel operators seized upon the opportunity to give their aged properties some much-needed upgrades.

“In some ways, the hurricane did wash out the places that needed to be washed out and cleaned up what was remaining, resulting in the new bubble of luxury,” Horwath HTL Managing Director Andrew Cohan said. 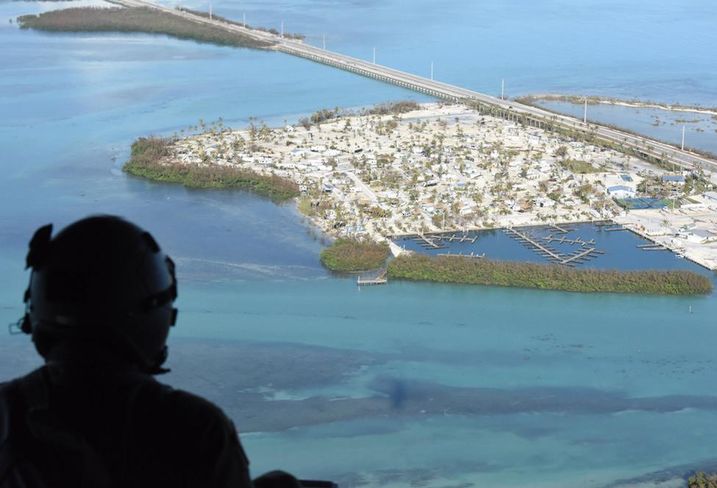 Extensive renovations at existing properties like Rosewood Hotel Group’s Las Ventanas al Paraíso and One&Only Palmilla, both in San Jose del Cabo, returned these properties to market better than before following the 2014 hurricane. The storm also gave way to new, high-end entrants to Cabo’s hospitality market. A JW Marriott, a Park Hyatt Hotel, a Ritz-Carlton Reserve, a Nobu Hotel and a Hard Rock Hotel all have either opened or are in the process of opening in Cabo.

“It’s such a popular destination with Californians that there were tired hotels that didn’t get to renovations because they had captive audiences,” Cohan said. “After the hurricane, everyone got their insurance money to spruce up and it became a magnet for luxury hotels.”

As for the path the Caribbean will take today, it is still too early to say. But Caribbean Hotel Investment Conference & Operations Summit Chairman Parris Jordan stresses the persistent spirit of Carabiners will give way to a swift recovery.

“Caribbean time is laid back, and that’s true if you’re cutting a business deal. But I will tell you from previous recovery efforts, they move super-fast and bounce back,” Jordan said. “I lived through a Category 3 hurricane and saw it like a war zone. I went home, and the next morning I couldn’t tell anything had happened.”

A Quick Turnaround For Fortified Buildings

Hotel operators that adhered to more current codes and built properties with stronger materials are experiencing a quicker turnaround.

“Hotel openings are already happening and some weren’t closed for very long at all — like the properties that didn’t cut corners and fortified their buildings,” Cohan said. “Turks and Caicos is an example of some of the islands where building codes were enforced and construction was solid and things are improved.” 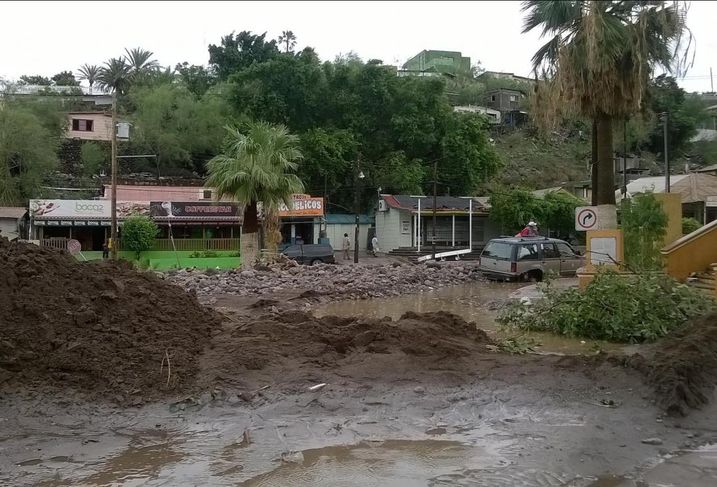 The British overseas territory was hit twice this hurricane season, with significant damage from winds that reached as high as 125 miles per hour. Homes on the southern side of the islands were destroyed, but the territory fared better than other islands. Buildings on the coastline, like The Shore Club, a luxury resort in Providenciales, with stringent building standards for hurricanes had little damage.  And the damage that was suffered was mainly cosmetic and not structural.

“If you’re an owner interested in the long haul, you really want to make the building resilient and have a plan for what to do in an emergency and a plan to recover,” Cohan said. “If you only plan on being there in the short term, you can play the odds.”

Building with resilience can also keep profit margins intact. Insurance costs are known to escalate after a very active hurricane season, which could hinder the proceeds owners and operators make off their properties.

“Hotels in the Caribbean happen to be just as profitable as a similar property in the U.S. What helps is the rooms expenses and real estate taxes tend to be lower, but that’s offset by insurance and utility costs,” Jordan said. “Now we’re going to see insurance costs go up, and once that happens, it reduces the profitability of a property going forward.”

A spike in building insurance can reduce profitability, but taking time to build for resiliency can be cost-effective Jordan said, pointing to Virgin Group Chairman Richard Branson’s Necker Island, a private island north of Virgin Gorda, as an example of how the greater Caribbean can adapt and build for future devastation. The 74-acre property features solar panels, new technology and an underground electric grid.

“The question is will it be done, and is the money there?” Jordan said. “These are things destinations need to look at to build for the future.”