West Coast Ports Mostly Unaffected By Coronavirus So Far, But Time Will Tell

For the most part, several West Coast ports saw imports come in as usual last month, despite the spread of the coronavirus, according to recent data and port spokespeople.

But the contagion continuing to advance through February and subsequent months would likely spell major trouble for companies sourcing goods and supplies from China. 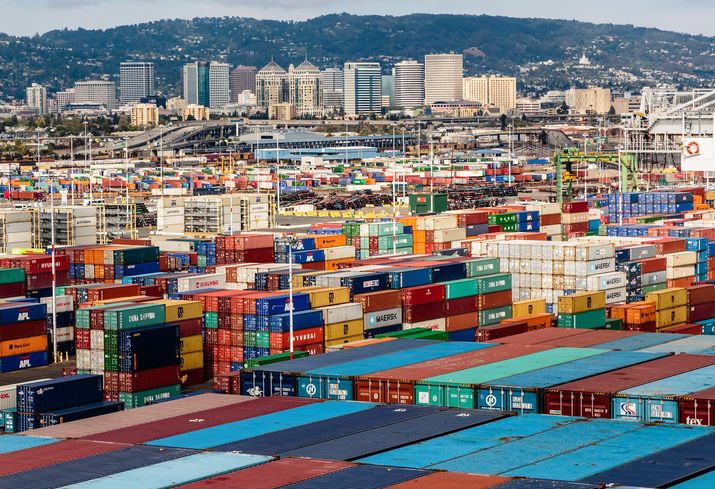 Likewise, different spokespeople for the Ports of Long Beach and San Diego confirmed with Bisnow port activity much in line with past months, despite the rapid spread of the novel coronavirus.

Publicly reported deaths from the disease, which originated in Wuhan, China, had eclipsed 1,000 by Monday, with over 43,000 cases worldwide.

Aside from new U.S. Coast Guard protocol that includes denying entry to passengers who have been in mainland China within the last 14 days, “operations remain normal,” Port of Oakland spokesperson Michael Zampa said.

Still, if the virus continues spreading, February and subsequent months will likely be a drag on supply chains, Zampa and others say. With China's annual Lunar New Year Holiday break extended and factory output diminished, February will almost certainly get less port traffic.

”We certainly will be more likely to see a potential impact for the February numbers, given the extension of the Lunar New Year-related factory closures,” Port of Long Beach spokesperson Lee Peterson told Bisnow.

D.A. Davidson Cos. Managing Director and Senior Research Analyst Tom Forte, who studies consumer technology companies, said companies facing negative impacts now are different from those that will take the brunt of the coronavirus lasting into the spring.

“We’re at the early stage of disruption from a supply-chain standpoint. The companies that have been most impacted to date are those that are direct selling to Chinese consumers,” he said. “Companies heavily dependent on having goods sourced out of China, like Wayfair, will increasingly face challenges.”

One factor working in the favor of such companies is that last year's trade dispute with China forced companies to shift some of their supply chains to countries like Malaysia and Vietnam, Forte said.

Plus, some retailers like Target that get products from China already have much of their inventory, and a lag of about two months probably exists between a production stoppage and inventory shortage, according to Forte.

“The duration of the outbreak and its size and scale will determine the ultimate level of disruption,” he said.