Data Centers May Be Cutting Edge, But Their Workforce Is Mostly On The Edge Of Retirement

Is half of the data center workforce close to calling it quits?

Amid a flood of demand for data centers that shows no signs of abating, it is perhaps unsurprising that U.S. data center operators are worried about finding enough qualified employees to run their facilities.

But exacerbating these fears is a reality that may be less intuitive in an industry on the cutting edge of the digital revolution: Its workforce is getting old. With nearly half of the sector’s workers nearing retirement age, companies are scrambling to play catch-up and restock a talent pipeline spread dangerously thin.

“There’s been a lack of succession planning in many of these facilities,” said Rhonda Ascierto, vice president of research at Uptime Institute, an organization that advises the data center industry. “We have a ton of data behind that.”

According to an Uptime Institute report released earlier this year, keeping the world’s data centers operational will require the industry to add at least 300,000 skilled workers by 2025 — the equivalent of half the population of Portland, Oregon. More than 40% of data center managers reported that they were unable to find qualified employees to fill positions in 2020, a figure up nearly 10% from the previous year.

In the U.S., industry leaders say they are concerned that the scope and scale of the looming labor shortage could grow if the industry experiences a so-called silver tsunami — a wave of skilled workers all opting for retirement at around the same time. Almost half the workers at data centers have been in the industry for 20 years or more, according to the Uptime Institute, with the median employee age well above the national average.

“We have a very established workforce that came over from AT&T — the average years of service in the data center industry was 22 years,” Schell told Bisnow. “My first fear was that we have a group that’s going to be eligible for retirement in the next five to seven years. Where’s the pipeline of talent that’s going to backfill these individuals?”

Contributing to these workforce woes is the high level of specialization required for data center operations. From engineering positions that require advanced degrees to roles for HVAC technicians and electricians that often require a trade or technical background, data centers require an industry-specific skill set.

Because of the mission-critical nature of data centers — where an outage can cause millions of dollars in economic damage and jeopardize public safety — previous experience in the industry is prized. But the lack of entry-level talent coming into data centers has left a potential gap in institutional memory that employers are now scrambling to fill.

“Because data centers are run by very small teams,  you need to have a wide variety of skills, from things like generator maintenance to facilities management to planning server space — there’s just so much to know,” Schell said. “My concern from an HR perspective is: How do I take everything they have in their heads and make sure that everyone we have in the pipeline coming through the ranks behind them is ready when they say they’re going to retire?”

While this exodus of experience from the industry may end up taking place over a number of years, the talent drain and the potential surge in labor demand have companies looking for ways to avoid a crisis.

A consensus has emerged that the lagging interest in the field stems from a lack of awareness that it exists. Executives across the industry lament that the general public has little sense of the physical infrastructure behind the internet and the digital products they use every day — and that the companies maintaining it pay well and desperately need workers.

In an effort to both raise the sector’s profile and broaden the pool of qualified talent, data center operators, hyperscalers and industry groups are partnering with local governments and educational institutions on workforce development. A steady stream of corporate money flows into data center-specific programs at four-year colleges like Southern Methodist University in Dallas, as well as community colleges and technical schools in areas with a high density of data facilities.

Some of the earliest and most comprehensive efforts have been in Loudoun County, Virginia. Known as Data Center Alley, the county has the highest density of digital infrastructure in the country. Companies like Digital Realty, Sabey Data Centers and QTS Realty Trust worked with the county to support a two-year data center program at Northern Virginia Community College, along with programs and internship opportunities in area high schools.

“We take it all the way to our K-12 schools, trying to build a pipeline,” said Buddy Rizer, executive director of Loudoun County’s Department of Economic Development. “We’re seeing our middle schoolers and high schoolers engaged in those programs and saying they recognize that data centers are a big deal and that they can make a career out of that. ” 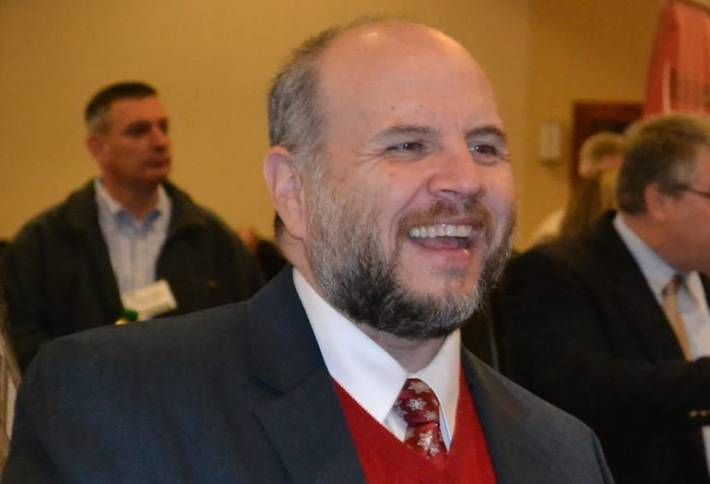 The labor shortage has also prompted companies to re-evaluate hiring practices. More and more, employers say they are looking for transferable skill sets instead of just industry experience or formal education when evaluating candidates. They say this will broaden the talent pool, and it has the added benefit of bringing in a more diverse cohort of candidates. With the war in Afghanistan winding down, companies say they are increasingly looking to the military as a source of labor.

A future workforce with less experience has also prompted innovation in on-the-job training in an effort to quickly upskill critical infrastructure workers and, in essence, try to make up for lost time. JLL, which manages data center facilities across the country, recently unveiled an augmented reality training system. Other companies used advanced virtual reality,  even partnering with aircraft manufacturers to repurpose flight simulation software for data centers. These technologies can help inexperienced workers prepare for crisis in a mission-critical environment in a way that was previously impossible, Ascierto said.

“One of the things that’s difficult to train for is [the] response in an emergency situation,” she said. “Say the data center loses power and the backup generators don’t come on and it’s two in the morning and you’re in a complete panic. How do you train for that?“

Ascierto points to broad investment in artificial intelligence and machine learning intended to further automate data center operations. Along with the expected growth in the role of smaller unmanned edge data centers, she said this may also help alleviate staffing pressure on digital infrastructure providers.

The future for data centers may not be more workers, but fewer of them.