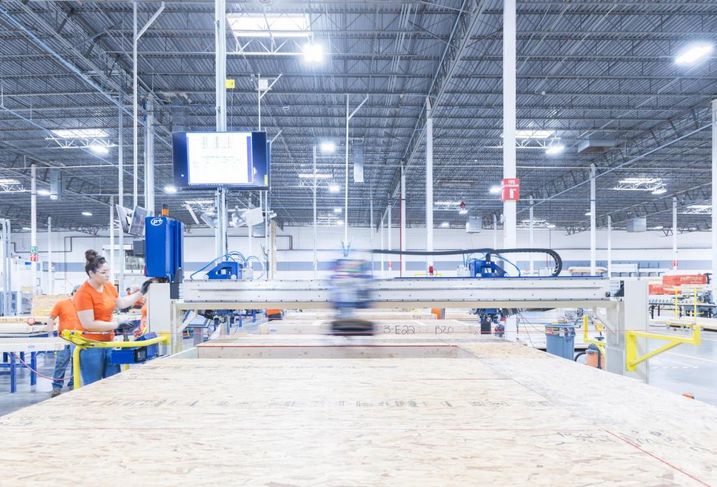 It isn't WeWork, but modular construction startup Katerra is following a similar script to try and disrupt its entire industry.

Katerra has announced the acquisition of two traditional construction firms, UEB Builders and Fortune-Johnson General Contractors, for an undisclosed price, Construction Dive reports. With UEB in Scottsdale, Arizona, and Fortune-Johnson in Georgia, Katerra will enter two markets with established local teams and their associated relationships.

The Silicon Valley-based company has been in acquisition mode since the start of 2018, when it received $865M in financing from SoftBank Vision Fund, the Japanese investment firm's venture fund that has pumped billions into The We Company, WeWork's parent.

As of February, SoftBank was planning another $700M infusion that would value Katerra at $5.7B, The Wall Street Journal reported at the time. That would make it more valuable than industry titan AECOM, which brings in exponentially more revenue. No further updates about the rumored second round of investment have been released to the public.

Much of Katerra's new and upcoming ventures are on the other side of the world, including the acquisition of a construction firm in India and a contract to build housing for the government of Saudi Arabia, the WSJ reports. Saudi Arabia's sovereign wealth fund is the largest investor in SoftBank Vision Fund.

For much of its life, Katerra has had to conform its process to developer designs, leading it to lose money or break even on projects, the WSJ reports. Katerra nonetheless expects to be profitable in 2020, in part because of its belief that the speed advantages of off-site modular construction increase over time as initial designs can be reused.

Though modular construction for commercial buildings has been slow to catch on, greater acceptance and utilization of the model would lead to more efficient supply chains between assembly plants and construction sites, according to a recent report from McKinsey & Co.

If the process becomes as much of a saver as Katerra (and competitors like Skanska/IKEA joint venture BoKlok) claims, some believe it could help fight the affordable housing crisis in major cities across the country.