It's no surprise that some of the country's most successful companies (think Microsoft, Apple, Facebook) provide their employees with the most innovative workspaces. From free bikeshares to rooftop hammocks and soccer fields, here are 10 super-cool corporate HQs. 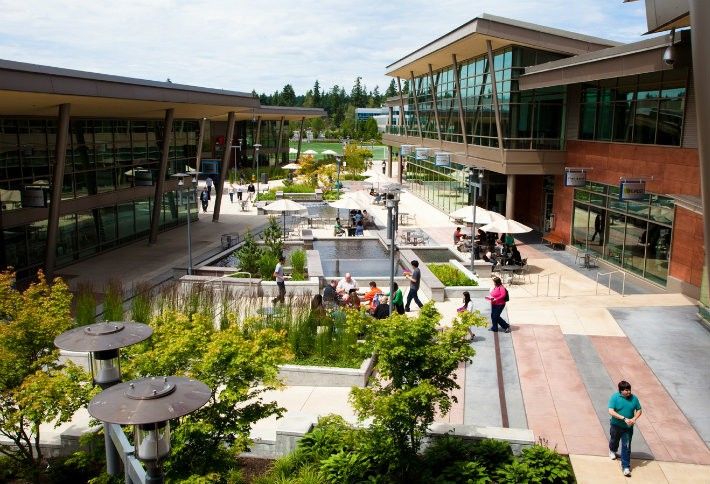 The Microsoft campus spans 500 acres in a small suburban town outside of Seattle. Amenities include a soccer field, cricket pitch and forest trails for when you need to clear your head. But the tech company might be revamping its campus with architecture firm Skidmore, Owings & Merrill. The potential new design would take away private offices in favor of the trending open workspace. Microsoft's also considering housing and retail developments to attract Millennials who want to live in an urban setting. 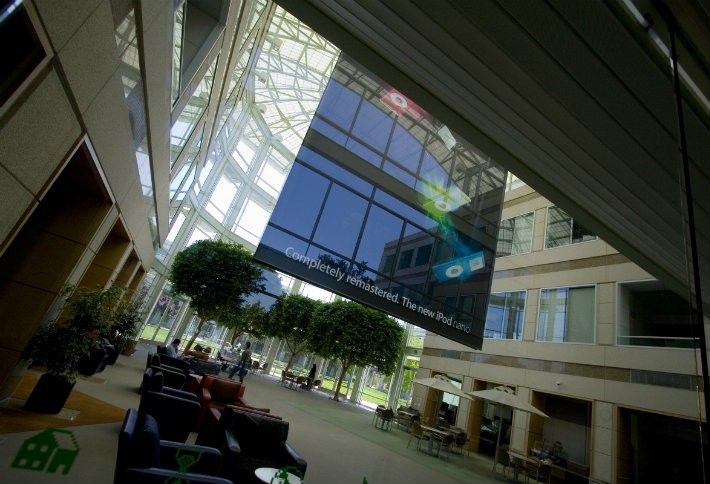 Employees at the original Apple campus have access to a foosball table and basketball court. But the company is currently in the works on building a ring-shaped second Apple Campus slated to be 2.8M SF on Hewlett Packard's former land. The new campus will stand four stories tall and house 13,000 employees. 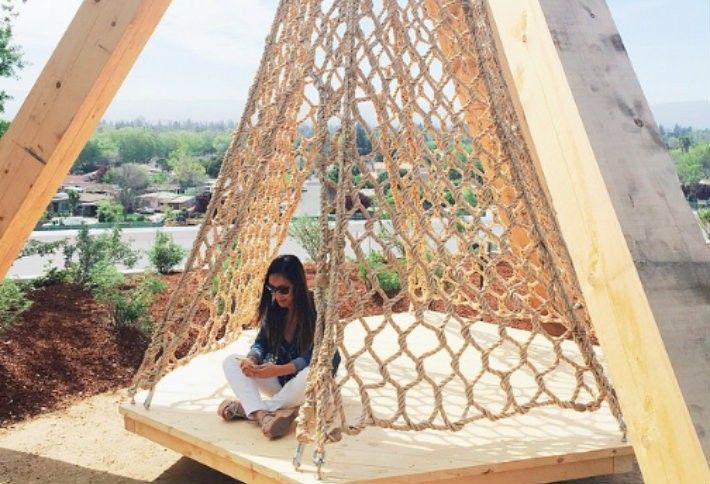 The new Facebook HQ features a half mile looped walkable rooftop as a "space to think," Facebook HR chief Lori Goler says. Architect Frank Gehry designed the space for Facebook. A tunnel under the highway runs between the two buildings. But some more enjoyable perks are the meeting rooms turned into ball pits and rooftop teepee swings. 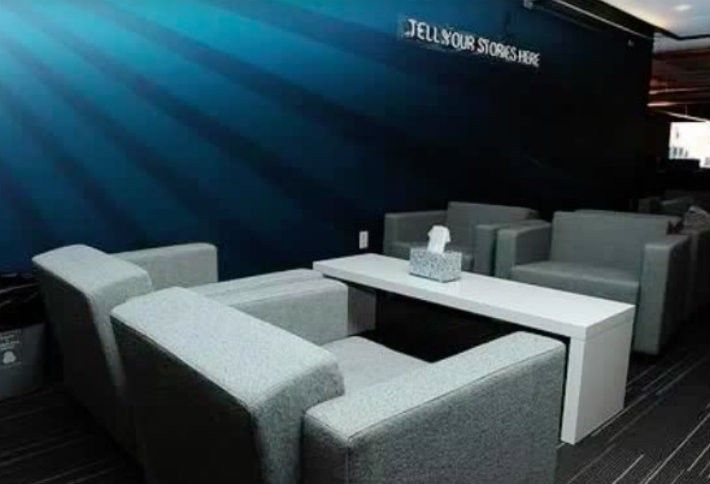 Nicknamed "Market Square," the Twitter complex is made up of two buildings. The owner of the complex, Shorenstein Properties, is looking for investors to pay $800 per SF, which would make it the seventh-biggest office deal in San Francisco history. The office features a giant lawn where employees bring blankets to do work and have barbeques to, well, not do work. 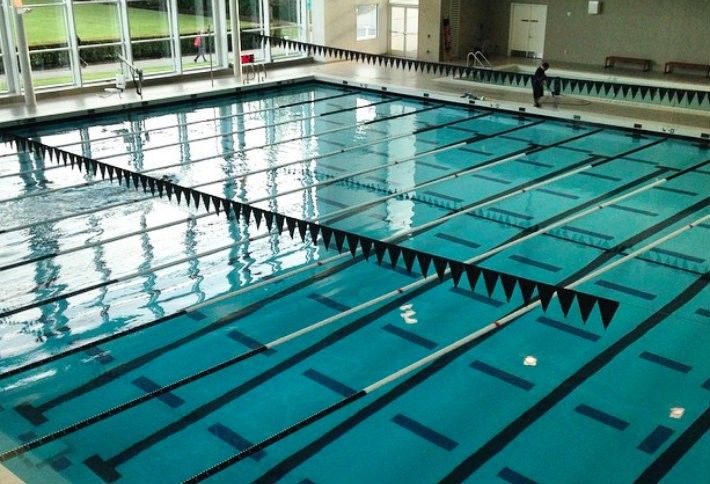 Unsurprisingly, ESPN is constantly playing throughout the headquarters. Outside, there's a big soccer field, where employees play and train, and a replication of one of Tiger Woods' favorite tee box. Although the manmade lake is named "Lake Nike," all the buildings are named after superstar athletes like Michael Jordan and Tiger Woods. And yes, of course, there's a gym, a pool, a track and a basketball court where employees can test out the latest Nike products. Nike has plans to add two more office buildings and two parking garages to its campus, which'll add up to 1.3M SF and with a value of $150M. 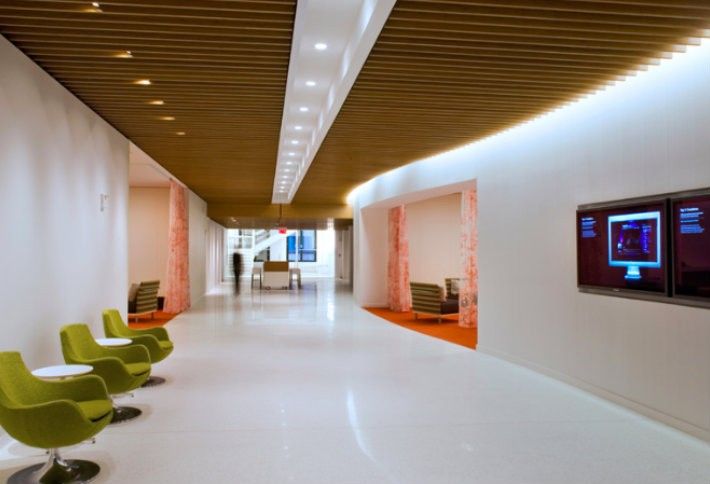 To keep up with the growing tech scene in New York, AOL migrated over to the Big Apple from Virginia. Its venture capital department's office named AOL Ventures is known for its industrial design that includes natural light and open space. Employees can take breaks by playing retro video games in comfy beanbags. 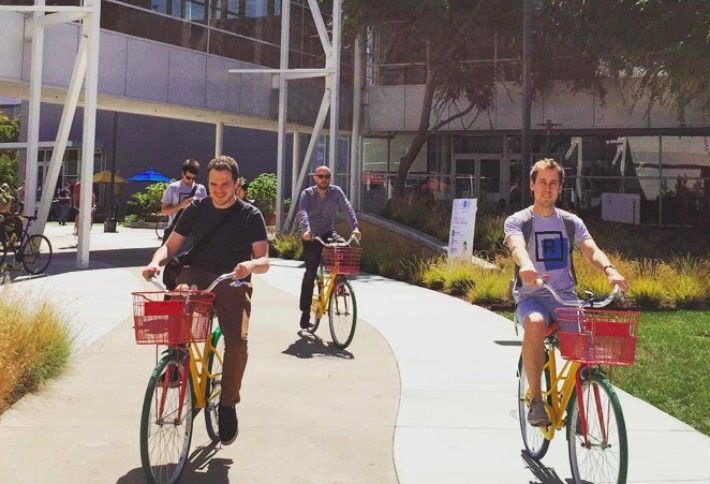 Named Googleplex, Google's corporate HQ in Northern California is on the spot formerly occupied by Silicon Graphics. Living up to its frequent status as one of the best places to work, Googleplex offers some sweet amenities, such as its free gourmet cafeterias, bowling alley and fitness centers. And employees can ride the free campus bikes to get around. Unfortunately, the quiet town of Mountain View rejected almost all of Google's plans for an addition to its Googleplex in favor of a more modest project by fellow tech company LinkedIn. This comes when the city and its property owners are almost overwhelmed and worried by the Internet search corporation. 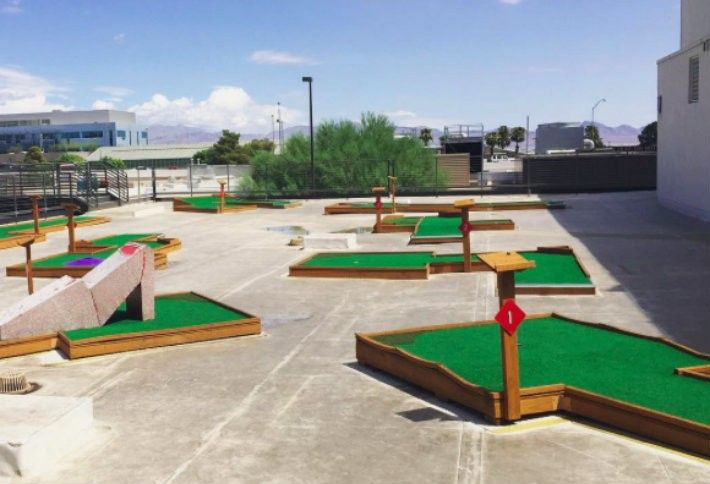 The online shoe retailer recently moved into the former Las Vegas City Hall building downtown. Both the move from suburbia and a $350M investment to the city are efforts by Hsieh to revitalize Las Vegas into an economic hub and to improve job growth. $200M will go directly into real estate, while the rest goes into funding startups and small businesses. The open office space consists of furniture and even walls that can be moved. Visitors and employees can relax in hammocks, play touch-screen video games while in the elevators and play ping pong. 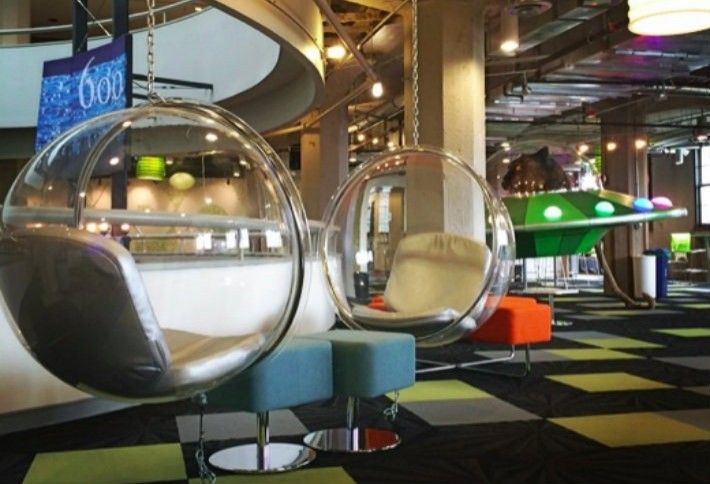 The e-commerce site just signed a deal to increase its office space for itself and affiliated startups in Chicago's River North headquarters. This is another step in Chicago's growing technology sector, as such companies are moving further away from the Loop in favor of cooler and more customizable buildings. The office includes a game room and an area called the Enchanted Forest, which consists of a hobbit house and grass-like carpet for employees to gather for creative meetings. 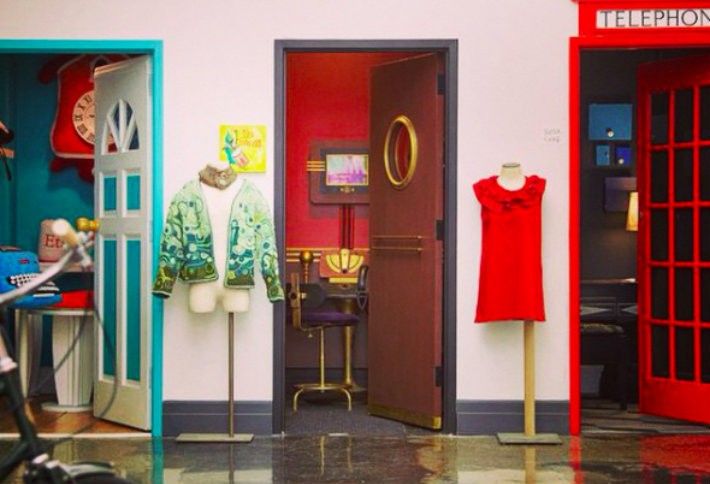 Etsy's HQ is part of a five-building complex with amenities such as a rooftop deck, plant-lined walls and uniquely decorated mini conference rooms. The company hosts Eatsy every Tuesday and Thursday, inviting a local sustainability-focused restaurant to cook up a meal for employees. Etsy plans to further expand in the Dumbo Heights neighborhood to help create a "high-tech urban campus."