In Active-Shooter Events, Building Managers And Owners Are The Predominant Legal Targets

Over a span of two decades, close to 1,000 people have lost their lives in active-shooter or aggressor events inside schools, buildings, parks and other public areas.

While the shooters face criminal charges, they aren’t the ones landing in civil court to cover damages. Defendant X in much of the high-stakes litigation after live shootings is the property owner or building manager where the crime took place.

Because of the frequency of litigation and changing attitudes toward shootings, building owners are more frequently being tasked with not only trying to prevent attacks, but also covering the legal and financial risks before anyone fires the first shot. 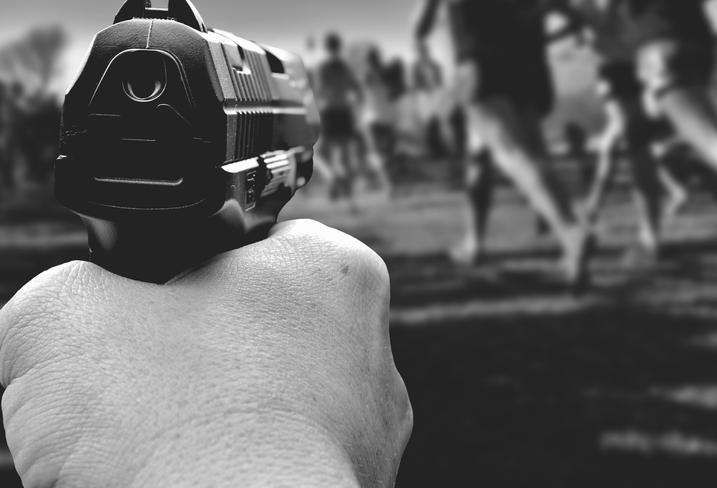 While the chance of facing a live shooting inside a public building is still low, the figures are sobering enough to convince commercial property owners and office building managers to contemplate preparation and security measures, according to a webinar series on active shooters created by the Institute for Real Estate Management. That increasingly includes purchasing insurance specifically for violent incidents in buildings.

There were 280 active aggressor events from 2000 to 2017, according to IREM's recent webinar on active shooters hosted by Safe Passage Consulting CEO Tony Casper and consultant Dustin Randall, who study live shooter incidents and their financial impact for a living.

The largest portion, 45%, of those events occurred at commercial businesses, followed by schools (24%), outdoors (19%) and other miscellaneous places (12%), IREM's webinar said.

But when does the building owner actually become liable for the crime and for any injuries and deaths on-site?

This answer of legal liability hinges on whether the landlord or owner possessed a duty to protect the victim from the shooter, and this duty is typically created when a crime becomes foreseeable for the landlord or building owner, said attorney Mark Lies II, an employment and labor partner with Seyfarth Shaw.

“It is totally unforeseeable a criminal just coming in unless the building has some tip-off from the police that there are some bad guys in the neighborhood that have been knocking off buildings and causing threats to people in the vicinity,” Lies said. “It could potentially be more foreseeable if there has been a problem customer, or if there is a problem with an employee of one of the tenants of the building who is accessing the common areas, or they become aware of an order of protection, or a spouse is in the facility and down in the lobby creating disruptions.”

It is not unusual for victims’ families to sue the property where a shooting took place. Business owners and/or landlords in most of the recent high-profile shootings — the Aurora movie theater, Mandalay Bay hotel, the Jacksonville video game competition — all were sued in the aftermath. Randall and Casper include the average cost of litigation in their security presentations for small businesses and properties, because these are common targets for litigants after an incident.

Most of the time, the property owners have not been found liable, but legal experts warn all of the publicity surrounding shootings could change the views of civil juries contemplating damage awards against property owners.

Juries' expectations of what property owners should do will change as the public hears more about these cases, Litigation Insights Director of Jury Research Christina Marinakis said. Marinakis specializes in jury behavior and wrote a paper on active shooters and juror interpretations of foreseeability and liability.

Attorneys recommend building owners and managers set prevention measures at commercial buildings to deal with these issues head-on and to have something to share with a jury if they face litigation later on.

Some building owners argued previously that creating a safety plan is risky because it makes the idea of a shooting more foreseeable, thereby creating legal liability if an event occurs. It wasn’t an unfounded fear — the argument has been made in court. But this idea is fading fast in legal circles.

“In this day and age, most jurors would think it is negligent not to have a plan in place,” Marinakis said. “If you don’t have a policy and don’t train people then you have already dropped the ball. Almost always they recommend you need to have a policy in place of what to do in an active shooting situation — where to go, to having doors locked and have a safe path.”

These plans don’t need to be comprehensive.

“We recommend that people do have an active-shooter program, but remember it’s based on feasibility,” Lies said. “And feasibility has the aspect of foreseeability too. You can only do things that are feasible if they are foreseeable, but you want to have some type of policy that if there is a report that a weapon has been brought into the premises, that immediately the police are notified.”

Lies created an active-shooter policy for his own clients, which is available online. It covers how to inform tenants, contact authorities and create organizational principles that attempt to protect lives while waiting for police. 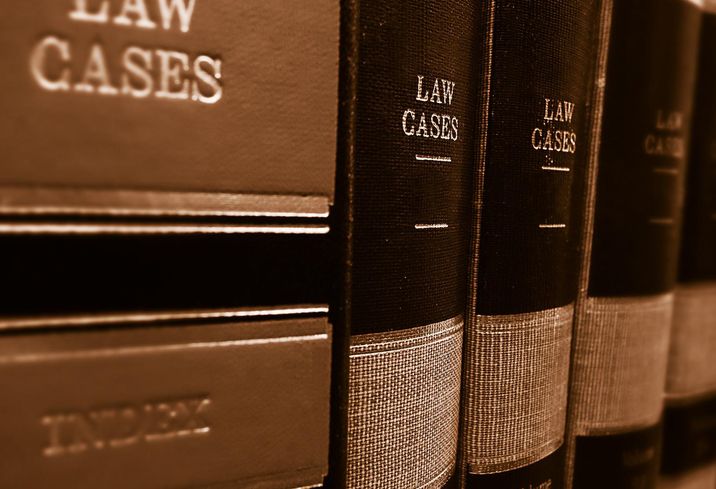 The Legal Outcomes Are Nebulous And Expensive Either Way

So far, courts have leaned heavily in favor of landlords and buildings owners sued by victims of shooters, because these acts are often considered unforeseeable.

It has gone the other way. In a 2018 case out of South Florida, a strip club was found liable for a shooting that occurred on the premises. The club, which had experienced shootings and reportedly had notorious criminals as patrons, failed the foreseeability test since it knew of the potential for violence beforehand.

But having a property owner be named liable is still more of the exception than the rule when it comes to random acts of violence.

After the deadly 2012 shooting at a Cinemark movie theater in Aurora, Colorado, victims of the gunman's rampage inside the theater sued for damages. A civil jury found the event was not foreseeable and sided with Cinemark, the Insurance Journal and Reuters reported.

An appellate court in the state of Indiana recently ruled that a shopping store possessed no duty to protect a patron from an unexpected live shooter who took her life on the store's premises. In this case, the Estate of Rachelle Godfread v. Martin's Super Markets, the plaintiff's family argued the existence of a safety policy by the store made the event foreseeable, since the business had plans in place to deal with this type of event. The court disagreed, and the store was not found liable.

But even if a company is not found liable for a shooting, building owners will face enormous litigation costs and legal fees mediating negligence cases, experts say.

Randall and Casper point to the Las Vegas Mandalay Bay Resort & Casino shooting in 2017, which targeted a nearby music festival. They estimate the financial impact of the shooting reached $600M. This same figure was reported by Forbes, which obtained this estimated cost from the administrator of a fund set up to help victims.

The legal burden to the hotel owner, MGM Resorts, which ended up in protracted (and ongoing) litigation with the victims and their families, is difficult to measure. However it turns out, MGM will have spent millions of dollars on legal fees for defense, mediation, protracted litigation and then any settlements reached.

Even a shooting at your average run-of-the-mill plant in America is going to come with a $4.6M cost burden to the building owner, Randall and Casper estimate. About $300K of that will be used to settle lawsuits, they said, based on data collected from smaller-scale live shooter events in the U.S.

And it isn’t just juries and judges that building owners or managers have to worry about. The area of administrative law has jumped into the act with the Occupational Safety and Health Administration tackling violence at U.S. workplaces.

OSHA has no specific standards for workplace violence, but has indicated in public literature that employers or employees who know of a violent person or act — or potential of such — have a duty to address it through administrative controls and training. Employers of shooters are another common defendant in damages cases. 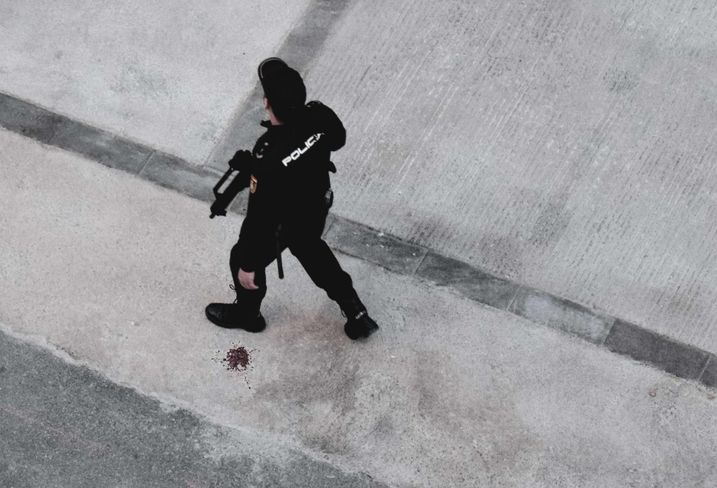 Marshall, who underwrites active-shooter policies to help building owners and property managers deal with the financial aftermath, said insurance protection may be the only way for smaller landlords to survive when people are harmed or die on-site.

Marshall has noticed a steady supply of calls as smaller property owners and other soft targets like churches and nightclubs read news headlines and become aware of their risk.

“We get about 200 to 300 submissions a month, which is pretty high,” Marshall said. “We are getting a lot of mall owners ... hospitals, churches and smaller businesses.”

What hurts premises owners the most after active-shooting events are those costs not covered by existing commercial policies, including victim medical expenses, funerals, building refurbishments, lost business coverages or settlements with victims, Marshall said.

That's why McGowan's “duty of care” policies are essentially a separate coverage type from the usual “duty to defend” commercial coverage that a premises owner might attempt to tap into.

“Our policy is day-one, dollar-one, we enable business owners (or property owners) to reach out and start helping victims without proof of negligence,” Marshall said. “It’s a no-fault policy compared to the standard generalized commercial policy.”

The idea is to cover the critical costs upfront with the hopes of staving off or reducing the risk of larger-scale litigation later on, he said.

Marshall said policies for smaller building owners or businesses have been priced as low as $1,200 per premium.

The insurer just launched a new policy for small buildings where tragedies occur. These policies offer owners money to convert, refurbish or change the look of a venue that has become psychologically triggering to people in the community, Marshall said.

“Our coverage allows the building owner to have access to capital to refurbish or to renovate in order to make the space appealing,” he said.

The coverage is designed for smaller premises, mom-and-pop types of commercial real estate where a major claim could destroy the business and property owner forever.

“We are providing a road map for business owners to survive this. Insurance does a good job of that,” he said.

Though legal and financial concerns are rising for property and business owners, they shouldn’t mask what is really important, Lies said.

He worries that building owners or managers who think about ambiguous legal consequences ahead of time — or who avoid the creation of policies and procedures altogether to avoid risk — are misled by outdated theories on liability and foreseeability.

"If you are going to let your life revolve around whether or not you’re going to get sued versus protecting human life, I think you’ve got it backwards. The first thing we do is what is feasible to protect human life, and then we decide later about the potential litigation issue."