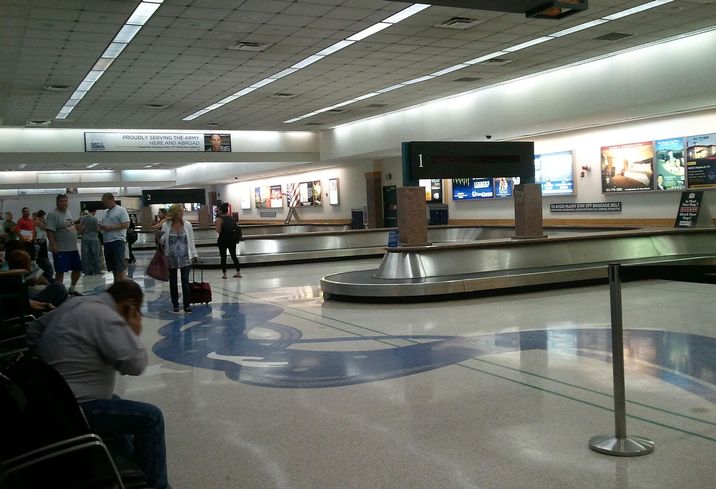 A fringe associate of President Donald Trump has been arrested.

Dinesh Chawla, CEO of Mississippi-based hotel owner Chawla Hotels, was spotted on a security camera at Memphis International Airport taking a stranger's suitcase off a baggage carousel and putting it in the trunk of his car before boarding his flight on Aug. 18, WREG reports. Police towed the car, and when they searched the trunk they found several other suitcases containing thousands of dollars in belongings.

When Chawla returned to the Memphis airport on Aug. 22, police were waiting and arrested him when he landed. Chawla confessed to the crime, telling police he had been stealing luggage from airports "over a long period of time," The New York Times reports.

Chawla also told police "he knew it was wrong, but he does it for the thrill and the excitement," according to the arrest report. He has been charged with two felonies.

Chawla's father, V.K., called Trump in the 1980s — the early days of the latter's fame as a real estate tycoon — to ask for a loan, the Times reports. Though Trump declined, V.K. credited his gracious phone call for inspiring the success of Chawla Hotels.

The company now owns 17 hotels across Mississippi that are licensed to mid-tier and economy brands such as Hampton Inn, Holiday Inn Express and Comfort Inn. Mississippi Gov. Phil Bryant introduced Dinesh to Trump at a campaign stop in 2016, and less than a year later The Trump Organization called him to propose a business partnership.

The Scion Hotels project was the only one that had already started by the time The Trump Organization gave up on both brands in February, with Eric Trump citing the political "climate where everything will be used against us."