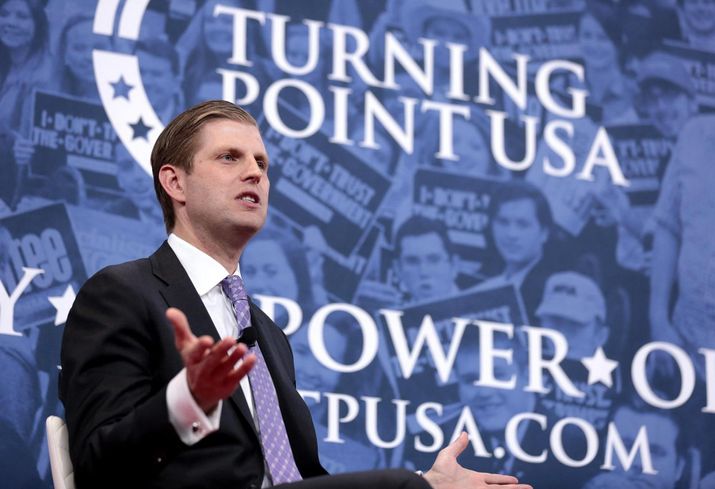 The Trump Organization has given up on a major hotel expansion plan.

The Trump Organization's executive vice president, Eric Trump, announced Thursday that the organization will no longer be pursuing its plan to launch two new hotel chains focused on secondary markets, The New York Times reports. President Donald Trump's two eldest sons, Eric and Donald Jr., had billed the new brands, Scion Hotels and American Idea, as one of the company's signature initiatives under their leadership.

The Trump Organization has abandoned the construction of what was supposed to be the first Scion location in Mississippi, but had made no official commitments on any further locations, the Times reports. That includes a planned Scion location in Downtown Dallas that Alterra International had signed on to develop.

In a statement provided to the Times, Eric Trump pinned the venture's failure on the reaction to his father's presidency.

“We live in a climate where everything will be used against us, whether by the fake news or by Democrats who are only interested in presidential harassment and wasting everyone’s time, barraging us with nonsense letters,” Trump said. “We already have the greatest properties in the world and if we have to slow down our growth for the time being, we are happy to do it.”

Special counsel Robert Mueller has subpoenaed the Trump Organization in his investigation of potential collusion between Trump's presidential campaign and Russia. Mueller has been investigating the Trump Organization in case foreign investors were using the company's properties to gain influence in Trump's circle. The Dallas Scion initially was to be funded with a large chunk of foreign capital.

The president himself has lamented his company's struggles during his presidency, telling the Times, “I lost massive amounts of money doing this job."

He also acknowledged the potential conflicts of interest many critics have raised over his continued ownership of Trump Organization holdings.