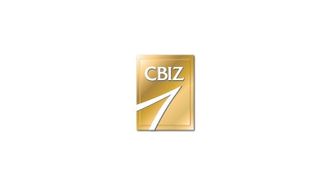 Although the timeline continues to change, research groups and management consultants predict most employees will eventually be spending at least part of their week in a traditional office space. That is what many business leaders want to see, too, particularly if they are convinced that shared offices bring significant benefits in productivity, collaboration, company culture and training.

But to make that expected return a success, office space will need to be safe and welcoming. That is why many organizations are making capital improvements to their existing buildings, whether by creating more space so that employees won’t feel packed in like sardines or installing high-performance ventilation systems so tenants won’t question whether the indoor air is safe to breathe.

“There is going to be a return to office at some point,” said Larry Rosenblum, managing director at CBIZ, a national accounting services provider and business consulting firm. “Along with that, there'll be more capital investment in buildings, and I think that makes good sense as a business strategy and an investment in the well-being of employees.”

Rosenblum said developers and property owners' efforts to entice workforces to return can be enhanced by the strategic application of tangible property regulations and cost segregation studies.

“Deducting the improvements as repairs may be more beneficial in the long run due to current recapture rules in the event of a sale,” Rosenblum said.

The practice of cost segregation allows owners to accelerate tax depreciation deductions and defer federal and state income taxes, Rosenblum said. Improvements to building components such as plumbing, lighting and mechanical systems can qualify for much shorter depreciation lives — as little as five years — compared to buildings, which may be depreciated over as many as 39 years.

“There's a double benefit there, and that's due to the integration of the tangible property regs with cost segregation as it relates to improvements,” he said.

“That's the nice thing about cost segregation and the tangible property regulations,” he said. “We can go back several years to capture deductions that may have been missed without having to amend any previous returns — you simply take the deductions on the next filed return.”

Rosenblum said the typical cost segregation study takes three or four weeks to complete. Among his numerous clients who have realized savings in this way, he recalled a typical case of a client who had purchased a multifamily development. Applying cost segregation to the $20M acquisition returned a $4.8M deduction in the first year.

Rosenblum said that the advantages of this established tax strategy are enhanced by the reputational benefit of incorporating environmental, social and governance concepts into space renovation. Making improvements to existing buildings rather than demolishing them to build new ones is, after all, a more sustainable approach.

Companies are increasingly considering ESG benefits and may be making related building improvements to attract investors and a new generation of socially conscious tenants, he said.

This article was produced in collaboration between Studio B and CBIZ. Bisnow news staff was not involved in the production of this content.

CBIZ
The CBIZ Commercial Real Estate National Practice provides financial, insurance, valuation, risk advisory and employee services to owners, developers, investors and property managers in all CRE sectors. We pride ourselves on building lasting consulting relationships by delivering what clients have told us they value: quality service, a collaborative consulting approach and experienced CRE professionals able to work with management teams at a strategic as well as service delivery level. Our focus: your success.
Confirmed! You are subscribed to the Bisnow National E-Newsletter.
Most Read Stories
More Top Stories
Bisnow National Newsletter
Bisnow National Newsletter