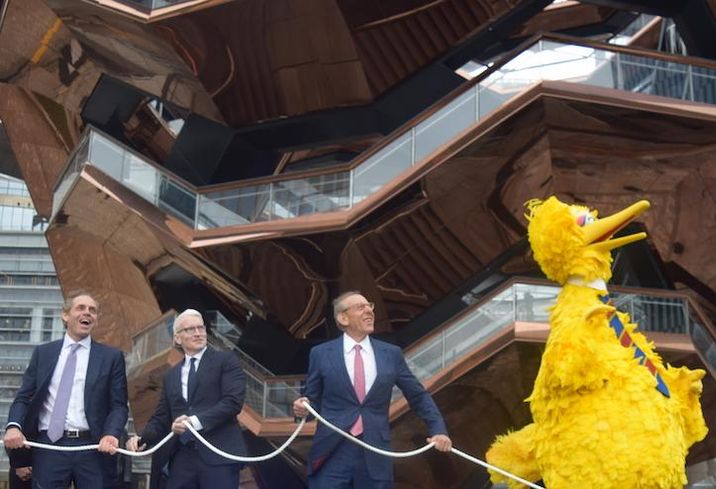 Stephen Ross is the man most responsible for the $25B Hudson Yards development in Manhattan, a soaring monument to wealth clad in glass and steel that has faced hefty criticism since it opened in March. But two of Ross' other investments through his business, the Related Cos., are enduring their own backlash after news broke that Ross was hosting a big-money fundraiser for Trump in the Hamptons.

The fundraiser, first reported by the Washington Post, is planned for Friday at Ross' home in Southampton. Tickets run from $100K for the lunch and a photo op with Trump to $250K for a chance to participate in a roundtable discussion for the president.

After news broke of the fundraiser, Ross' holdings felt an immediate backlash. The billionaire owns the NFL's Miami Dolphins, and wide receiver Kenny Stills posted on Twitter criticizing Ross, who founded a nonprofit aimed at promoting racial equality in sports.

Related also owns controlling interests in trendy fitness brands Equinox and SoulCycle, and those businesses issued statements Wednesdays distancing themselves from the chairman of their parent company, calling Ross a "passive investor."

"Many members raised their concerns about a political fundraiser taking place later this week," Equinox tweeted. "We want to let you know that Equinox and SoulCycle have nothing to do with the event and do not support it ... We believe in tolerance and equality, and will always stay true to those values. Mr. Ross is a passive investor in [and] is not involved in the management of either business."

The statement came after celebrities like comedian Billy Eichner — the voice of Timon in the remake of Disney's The Lion King — and Chrissy Teigen publicly declared they were canceling their Equinox memberships. Equinox and SoulCycle both have locations in Hudson Yards, and Equinox's first branded hotel opened in one of the megaproject's buildings.

Just contacted @Equinox to cancel my membership after many years. Money talks, especially with these monsters. If it’s too inconvenient for u to trade one LUXURY GYM for another, then you should be ashamed. (No disrespect to the many wonderful employees at my local Equinox). Bye!

“I have known Donald Trump for 40 years, and while we agree on some issues, we strongly disagree on many others and I have never been bashful about expressing my opinions," Ross said in a statement, according to ABC News. "I have been, and will continue to be, an outspoken champion of racial equality, inclusion, diversity, public education and environmental sustainability, and I have and will continue to support leaders on both sides of the aisle to address these challenges."

Ross is not the first New York City real estate player with long-standing ties to Trump who has had to reckon with the fallout from that relationship.

"If you say anything out there that is any way supportive of Trump, you are [vilified],” Witkoff Group CEO Steve Witkoff told Bisnow in 2017.

Other players in the industry told Bisnow columnist Lois Weiss at the time they were getting frequent requests to denounce Trump. Trump's name has been removed from several New York City buildings because their residents viewed it as a negative brand association.