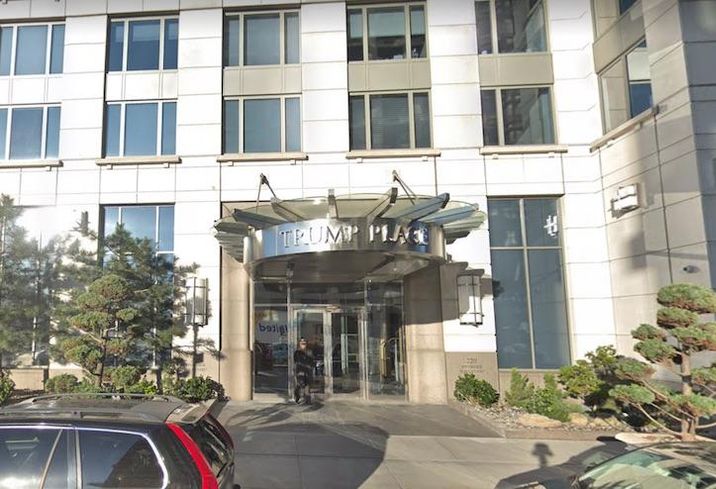 Google Maps
The Trump branding at 220 Riverside Blvd., which will now be removed

All traces of the Trump name will soon be removed from high-rises that the real estate mogul-turned-president built on Manhattan’s Upper West Side.

Those two condominiums were the last of the six buildings on Riverside Boulevard with the Trump lettering to remove the name. The removals have taken place over the years since Donald Trump’s election win in 2016.

Last year, residents at 200 Riverside Blvd., which was branded as Trump Place, took action to remove the Trump name by suing President Donald Trump’s company, DJT Holdings. They claimed the the Trump name on the building created a security risk, but lawyers for DJT contended the removal was a breach of a 20-year licensing agreement.

Ultimately, a Manhattan Supreme Court judge ruled the removal could go ahead.

“When 200 did it, it set a precedent; we saw what was possible,” a resident at 220 who did not want to be named told the Times, adding that the residents had previously feared litigation. “Most people were like-minded in wanting it to come down, but there was a little bit of fear of what is going to happen, what sort of backlash there would be.”

“We lived here well before we ever dreamed he would be president, but in the last two years it’s been really awkward,” she continued. “When a cab pulls up in front our building, the cabdriver always says, ‘Ugh, Trump!’”

It’s not a phenomenon unique to the Upper West Side. In Toronto, JCF Capital, paid around $6M to break its contract with The Trump Organization and change its hotel's name from Trump International Hotel & Tower to Adelaide Hotel Toronto. Similarly, the Trump SoHo hotel in New York was rebranded to The Dominick.