Recession Afoot? Here's What Blackstone's Jonathan Gray Has Sold In The Last 24 Months

As head of the real estate wing of the world's largest alternative asset manager, Blackstone's Jonathan Gray fits every definition of a big player in the property world. Even after market turmoil helped cut Q4 profits by over 70%, the private equity behemoth bought up the healthcare REIT BioMed Realty Trust for $8B in January.

Even with that sort of bullishness, recession fears and the sputtering global market have to have Gray seeing bears somewhere. Here's a list of investments Blackstone has pulled out of in the past two years.

In one of the largest LA office sales in years, Blackstone sold off these four office towers in mid-February. Blackstone got the buildings in its massive 2007 buyout of Sam Zell's Equity Office Properties, and put them on the market this past September.

As part of the foreign invasion of NYC trophy properties, China's Anbang Insurance Group bought the NYC landmark in 2014 in a "chairman to chairman" deal. To complete the purchase, Anbang even had to face down a US government investigation.

Blackstone sold these five high-rise towers to Oxford Properties in May 2014. The properties, and two towers it sold to Oxford afterwards, were another part of Blackstone's massive $39B buyout of Sam Zell's Equity Office Properties in 2007.

Blackstone sold these two buildings last summer in its second unloading of Boston office properties to the Canadian Oxford Properties. The two properties are in Boston's Back Bay area, and the buyer, Oxford, is the real estate arm of the Canadian pension fund OMERS.

The world's largest alternative asset manager sold its 63% stake in this historic hotel back in May 2014, valuing the building at $1M/room. The resort's played host to 11 US presidents, and was home to the movie Some Like It Hot with Marilyn Monroe. (The alternative asset giant couldn't stay all the way away, though, regaining control of the property last December.)

1095 Office Of The Americas 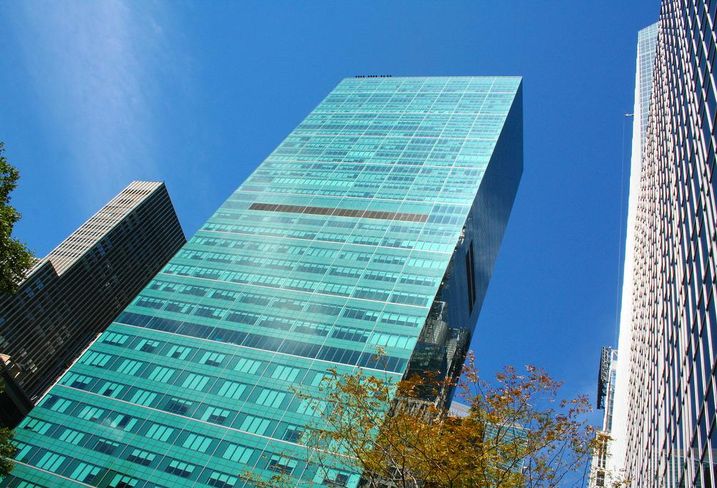 Blackstone sold this office tower to partner Ivanhoé in the record-breaking Stuy-Town/Peter Cooper Village purchase. The sale was the largest sale of a whole US office property since Boston Properties' $2.8B buyout of the NYC General Motors building in 2008.

Blackstone sold this chunk of California office property, consisting mostly of S.F. and Silicon Valley properties, in December 2014. The buildings made up another big slice of Sam Zell's Equity Office Properties that Blackstone bought in 2007, just before the crash.

Rockpoint Group picked up this mixed-use building, a property anchored by CoStar's regional office, last July. The sale came on the heels of a $118M Hyatt Regency La Jolla hotel sale inside the mixed-use project.