A few days after the Treasury Department unveiled its proposed guidance for the new Opportunity Zone program, the nonprofit Accelerator for America, led by Los Angeles Mayor Eric Garcetti, released an urgent reminder to cities and investors looking to capitalize on the program.

The Opportunity Zone program, which provides incentives for investors and developers to invest in select low-income areas nationwide, is intended to benefit underserved communities, not profiteers, Garcetti said. 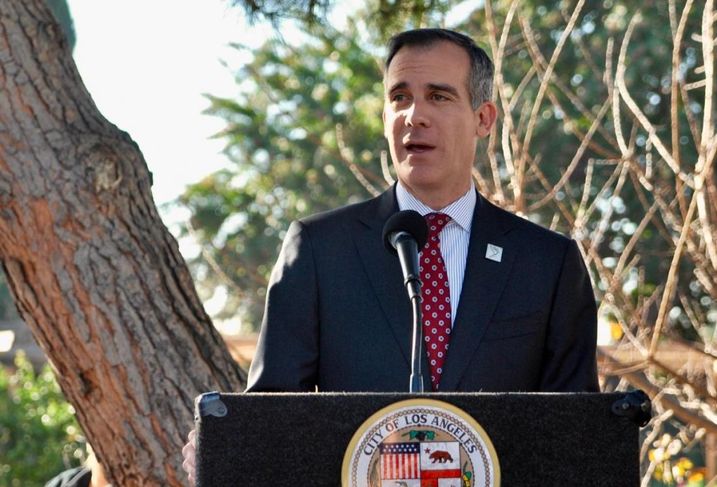 “Washington’s tax legislation has so far been a tool to enrich the already rich,” Garcetti said in a news release. “We are going to make sure that Opportunity Zones help the people they’re supposed to.”

Garcetti serves as an advisory council chair and co-founder of Los Angeles-based Accelerator for America, a 15-month-old nonprofit that examines transit, transit-oriented developments and other project plans that could be scaled and replicated to improve people’s lives, particularly around work.

Commercial real estate investors, developers and institutional players nationwide continue to explore the possibilities of opportunity zones, and some are beginning to raise money for Opportunity Funds — the vehicle to support investment in designated opportunity zones. The Opportunity Zone program was passed late last year as part of President Donald Trump’s Tax Cuts and Jobs Act.

Accelerator for America CEO and co-founder Rick Jacobs told Bisnow the purpose of Garcetti's announcement is to not only remind those looking to invest about the intent of the Opportunity Zone program but also bring cities and developers together as both entities wade through the implications of opportunity zones.

While investors scope out designated opportunity zone areas and raise money for opportunity funds, city leaders and local government officials nationwide have also been discussing and preparing — at mayor conferences, state functions and meetings for Accelerator for America since February — ways to capitalize on the Opportunity Zone program and how it could benefit the underserved areas of their respective cities or communities.

“While nothing is perfect, this is a really enormous change in the way capital will form and likely invest in the next several years,” Jacobs said.

“Our mission is to create a template by which cities and communities across the country can attract [investors] or help attract capital so that that capital goes into communities in ways to help the people the law was intended to impact,” he said. 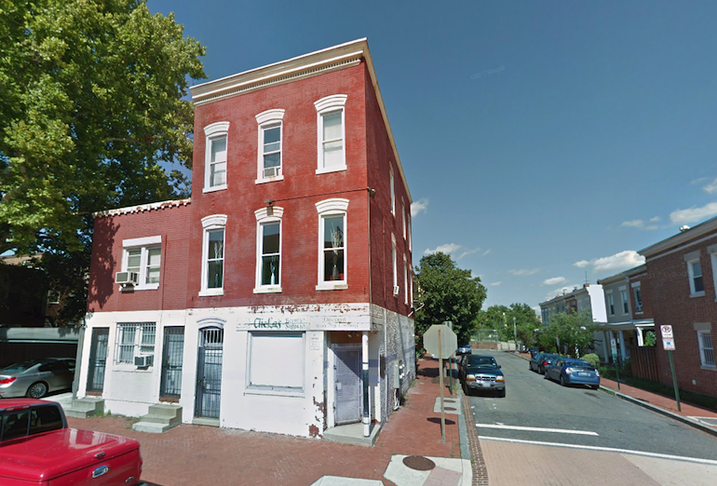 Google Maps
A building in Ledroit Park, one of D.C.'s Opportunity Zone areas, that Fundrise plans to redevelop as part of its new fund

Jacobs said for the past several months the nonprofit’s advisory council, led by Brookings Institution author Bruce Katz, has been working directly with the mayors of South Bend, Indiana; Louisville, Kentucky; Erie, Pennsylvania; and Oklahoma City to develop Opportunity Zone Investment Prospectuses to serve as a model for other cities to use.

For example, on the Accelerator for America website, the 38-page Investment Prospectus for Louisville reveals the number of, and the boundaries of, the designated opportunity zones.

The brief provides a social and economic overview of the city, lists its largest nongovernment employers, breaks down the demographics of the area, and has a map and information on current development and investment in the region.

Most importantly, the prospectus highlights the city’s ideal opportunity zone investment needs. According to the brochure, Louisville is in need of investment in its West Louisville area, where there is a high rate of poverty.

The purpose of the investment prospectus is to market opportunity zones to local, regional and national investors.

Jacobs said the nonprofit wants to present the data on its website so that any investors anywhere in the country can easily search a city and its investment or development needs.

"We want to design and reduce friction in the marketplace," he said, adding that he hopes investors will reach out to cities and begin a dialogue.

Currently, there are four investment prospectuses on the Accelerator for America site. More are coming in the next few months, Jacobs said. 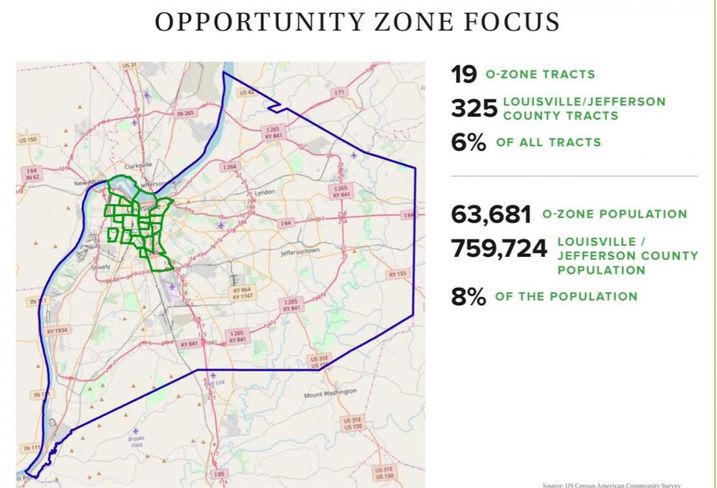 The partnership will provide grants and support three of the state's small to midsized cities to help them attract investments into their opportunity zones. Accelerator for America and the partnership have not yet named the cities, which will be the test cases to learn from in the state, Jacobs said.

The lessons learned from those test cities could help influence state policy and legislation to avoid negative impacts that could arise from the Opportunity Zone program, Jacobs said. The nonprofit's biggest concerns are the unintended consequences and gentrification from the program.

Jacobs said while he is not a fan of the Tax Cuts and Jobs Act, opportunity zones are the "one good thing to come out of it." He hopes the program could lead investors to provide more affordable housing and jobs and opportunities for these areas that historically have lacked investments.

Accelerator for America is not generating any revenue from the deals that arise from its work. The organization operates through grants.

He reiterates the mission is to bring investors, developers and business owners and cities together.

Investors could bring in much-needed capital in underserved areas, and cities could help facilitate those investments and streamline certain processes.

"Otherwise this is just going to provide tax incentives for people who really don't need them," Jacobs said. "We are very interested in inclusionary investments that keep people where they are, provide jobs, provide opportunities, and the only way that is going to happen is if you bring investors and cities and stakeholders together.

"You can't do that one at a time," Jacobs said. "You have to do it in a way that is transparent."