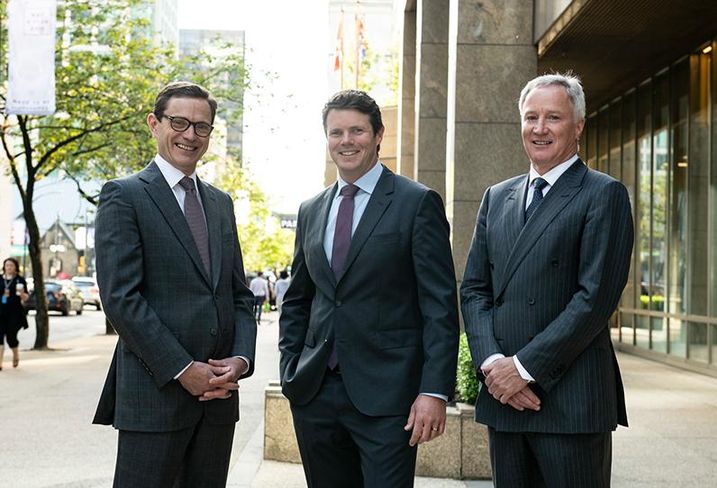 Grosvenor Americas has appointed Steve O’Connell as CEO, succeeding Andrew Bibby, who will retire at the end of the year after serving 35 years at the company.

O’Connell has worked at Grosvenor since 2011, when he was hired to lead the development team in San Francisco and establish its residential program. He was promoted to managing director of investments in 2015 to oversee Grosvenor Americas’ investment and co-investment activities throughout the U.S. and Canada.

O’Connell's first action as CEO was to appoint James Patillo to the board of directors for Grosvenor Americas. Patillo will oversee development activity in the U.S. and Canada as chief development officer.

Patillo joined the company in 2006 and worked in Calgary and Vancouver as managing director of development overseeing Grosvenor’s North American pipeline worth over $3B.

In addition to his role at Grosvenor Group, O’Connell is a member of the UC Berkeley Fisher Center Policy Advisory Board, Bay Area Council board of directors and Urban Land Institute’s National Mixed-Use Development Council. He has an engineering degree from McGill University and an MBA from UC Berkeley Haas School of Business.

CORRECTION, MAY 17, 12:55 P.M. PT: A previous version of this story had incorrect information on Steve O'Connell's new role. O'Connell is the incoming CEO of Grosvenor Americas. The story has been updated.