Exclusive Q&A: Downtown BID and CCA CEO On Why Downtown LA Is Booming

Downtown BID CEO and LA Central City Association CEO Carol Schatz has devoted her career to touting downtown LA. Her efforts have paid off as downtown LA is now booming with new construction projects bringing more hotels, retail, residential and office options to DTLA. Carol is one of the all-star panelists scheduled to speak at Bisnow's Downtown LA Renaissance event at 7:30am June 9 at the WeWork Gas Tower. 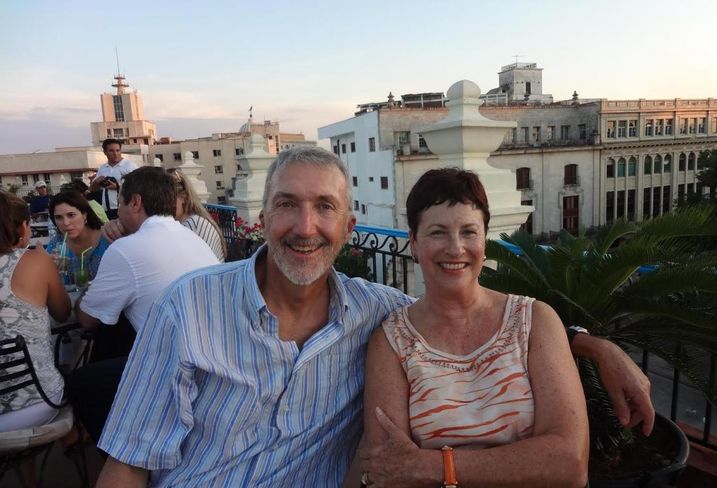 Bisnow recently caught up with Carol (pictured with her husband on vacation in Cuba) to talk about what's happening downtown and how her organization has helped make downtown hot.

Bisnow: Why is there a renaissance in DTLA?

Carol Schatz: Because we’ve been doing a lot of work to make it happen. There were two significant events that took place at our urging back in 1999 that paved the way for the renaissance. First, the city council adopted an adaptive reuse ordinance that made it easier for developers to convert old office buildings to housing. The second was the opening of Staples Center.

You cannot bring a neglected downtown back to life without a critical mass of residents living there. They have to live there. They have to invest in it, and by people living there, you attract all the amenities that make for a vibrant city—that is, great food, bars, restaurants, culture, theater, all of the elements that people love when they go to NY, London, all the great cities of the world. You need that mixture of uses, and that’s what we got going in 1999.

Bisnow: What do you think about the buildings being built downtown, and will there be enough tourists to support the new hotels?

Bisnow: Do you think we will get them soon?

Bisnow: In what time period were no hotels being built?

Carol Schatz: I got to the Central City Association in 1990, and the hotel industry was in terrible shape here in downtown. So from 1992 to 2010, there was not a single hotel built. In between, the only hotel rooms added downtown were at The Standard in 2002 and The O Hotel in 2007, which were adaptive reuse projects. Combined, those two hotels added 272 rooms.

Bisnow: Why are adaptive reuse projects so important?

Carol Schatz: Downtown LA is the densest part of Los Angeles. We weren’t going to be building little townhouses and small homes in the densest part of LA. So we needed to convert office buildings that were essentially empty to allow us to create a residential community. Downtown is the perfect place to really experience the value of urban living. That’s why so many people enjoy living downtown. It’s because they can walk out their door and walk to Ralph’s or to Whole Foods. They can walk a few more blocks and go to Staples. They can walk to the library. They can walk to the galleries in the historic core or take a short ride to the galleries in the Arts District. So it’s that urban living, which is essentially high-rise living, that was so important to really kicking off this renaissance. It was the adaptive reuse ordinance that allowed for the conversion of those buildings to housing. That’s what really set off this really unbelievable redevelopment boom. 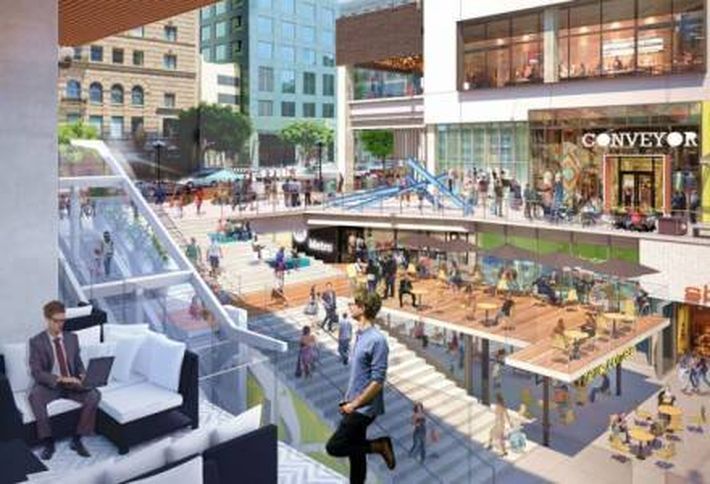 Bisnow: Can you talk more about the mixed-use projects being built downtown (above is a rendering of the Bloc, a huge renovation project of more than 2M SF on a downtown city block developed by The Ratkovich Co)?

Bisnow: Is there any type of retail you think will be more beneficial to some of these projects?

Carol Schatz: There was a dearth of retail downtown. We were really starved for it. So what we’re seeing now is a very interesting mix. We have a Whole Foods. We have some very high-end brands in the historic core area and in the Arts District, and we have the jewelry district and the fashion district that has more bargains to offer to people. So we have a total mix of retail which I, frankly, think is more interesting to more people than just the kind of product you can find in a mall. We are a very large, open-air shopping center with a very interesting mix of retail. We encourage that mix because we think that will make our downtown a place where people will want to come and shop.

Bisnow: What other trends are you seeing downtown?

Carol Schatz: One of the most exciting trends we’re seeing is that we are attracting a lot more creative tech businesses, and the young people who basically work in these creative tech environments, to our downtown. It’s not just Silicon Beach any more. They are going to be benefited by the opening of the Expo Line to the beach, but you know, again, this urban lifestyle very much appeals to Millennials. They like the fact they can find so much within walking distance, and they like the fact they can shelve one car and that they can walk to the places they need to go. It is the quintessential kind of smart growth, and that Millennial lifestyle very much supports a green lifestyle. If you can get rid of your car, or if you’re a couple and you can get rid of one your cars, that’s a big reduction in your carbon footprint.

Bisnow: Any areas you can pinpoint that need improvement, or are there any deficits even though there are so many projects being built?

Carol Schatz: Retail is well on its way. We have built 24,000 residential units since 1999. We have room for many thousands more. We have several new developments that investors have brought to downtown. I don’t really think there’s anything that we’re lacking. The fact that the Wilshire Grand is going to be building new office space for the first time in 25 years shows you that the renaissance is in full swing. We have more hotel rooms. Retail is going crazy, and now we have more office. When you build a vibrant downtown, it attracts all kinds of new businesses as well. Residential is key not just for getting people out on the street but for attracting new business, and we’re attracting large and small businesses of all types downtown now.

Bisnow: Aside from working to promote downtown LA, what do you like to do in your spare time?

Carol Schatz: I like to swim, hike, read, go to the theater, opera—things like that. It’s world-class opera as well (downtown).

Join Carol and our other all-star panelists at Bisnow's Downtown LA Renaissance event at 7:30am June 9 at the WeWork Gas Tower. Sign up here!