The U.S. Office of Management and Budget is on the verge of revising regulations governing the EB-5 visa program. The proposal would raise the minimum required investment and shift responsibility for designating areas as eligible for investment away from local entities into federal hands, and the real estate industry isn't certain what that will mean for the flow of investment capital under the program. 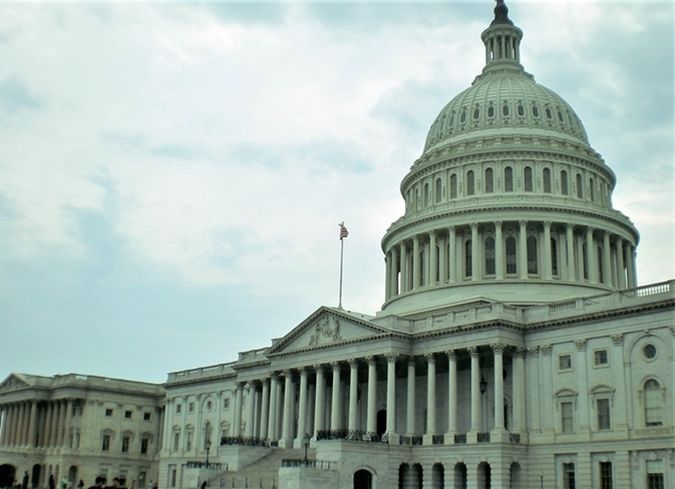 "EB-5 would go from being a program that attracts billions of dollars in foreign investment to a much smaller program with very little interest," US Immigration Fund President Nicholas Mastroianni III said.

Others in real estate are concerned about the impact of the adjusted regulations on the program, but don't believe they will dampen enthusiasm among overseas investors who want green cards.

"To keep the program competitive and investments flowing into areas that need it, we have to ensure investment levels are adjusted, but within reason of what the foreign investment market can bear," EB5 Capital President and CEO Angelique Brunner said.

The revision, formally known as the EB-5 Immigrant Investor Program Modernization, was proposed in the waning days of the Obama administration by the U.S. Department of Homeland Security. A final version, based on a preliminary version that garnered nearly 850 comments, might come as soon as this month.

DHS said in the Federal Register that EB-5 regulations haven't been revised since they were published in the early 1990s, and that it intended to propose changes to parts of the EB-5 program that are in need of reform and to clarify certain policies.

In the decade since the recession, EB-5, intended to spur the creation of U.S. jobs, has become a source of relatively inexpensive capital for commercial real estate, especially after the government determined in 2009 that creating construction jobs counts for the purposes of the visa.

Though intended for low-income areas, some high-profile real estate developments have used EB-5 funding in their capital stacks. Skyrise Miami, for example, obtained $258M in EB-5 financing in exchange for visas for roughly 500 investors and their families, and Los Angeles’s Century Plaza Hotel raised $450M in EB-5 capital.

Many in the commercial real estate industry aren't opposed to a change in the minimums at its face.

"It's fair to say that all parties engaged in the business of EB-5 — developers, promoters, agents, attorneys and investors — know the current number is low and would, and likely should, increase," said Withers partner Reaz Jafri, who represents foreign investors, entrepreneurs and ultra high net worth individuals on immigration matters, with an expertise in EB-5.

The increase in the minimum investment amounts would represent an adjustment for inflation from 1990, DHS said.

"The requirement has not been raised since the program’s inception in 1990, and it’s due for an increase," NES Financial Vice President and EB-5 specialist Coleen Danaher said.

She also points out that when inflation is considered, the increases aren't nearly as steep in nominal terms.

Critics say the change is too dramatic. 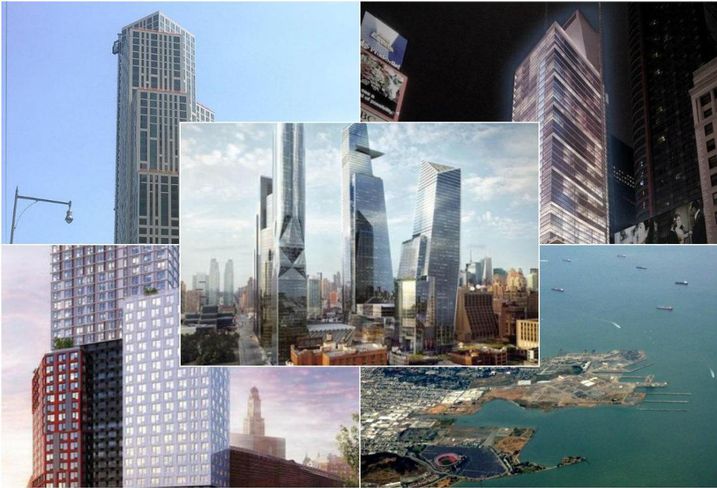 Bisnow
Various projects that have accessed EB-5 capital for development.

"These investment amounts are so high that few, if any, investors would be willing to participate in the EB-5 program," Mastroianni said.

Wolfsdorf Rosenthal Managing Partner Bernard Wolfsdorf, former president of the American Immigration Lawyers Association, was even more adamant in a recent open letter to President Donald Trump on the revision.

"The proposed regulations ... would undoubtedly destroy the EB-5 industry. Very few investors could or would pay this amount of money just to wait so many years to immigrate," he wrote.

The length of time it takes to get an EB-5 visa depends on a number of factors, including how backlogged the program is at any given time. For simple entry into the United States, it can take one to two years, but at first the immigrant's green card is conditional/temporary. It can take another two years to remove the conditional status, and longer still to apply for citizenship.

Other critics of the revision assert that the higher totals would make the U.S. program less competitive with similar visa programs in other countries.

For investors, the higher totals would also mean additional expenses associated with currency exchanges and wire transfers out of the country, Klis said.

There are competing programs in large and small countries, including Portugal, Austria, the U.K., Canada, Antigua and Barbuda, Saint Kitts and Nevis. Compared to many of these, the $500K U.S. threshold is relatively low. The U.K. requires an investment of about $2.6M, Singapore $1.6M and Malta $1.3M. Canada's visa investment program minimum is about the same as the U.S.'

Even so, measuring competitiveness among the visa programs is a tricky matter, since immigrant investors vary widely in their motivations.

Among many Chinese investors, for example, a U.S. green card is considered a way to access better educational and employment opportunities for one's children. Getting a visa to live in Malta doesn't have quite the same appeal. 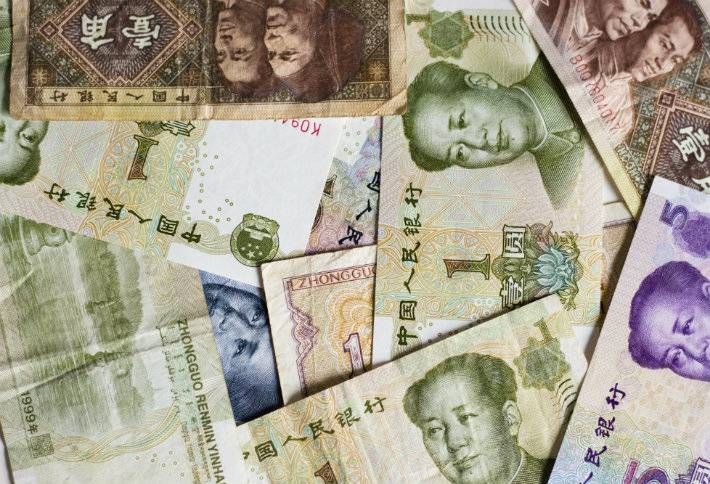 The EB-5 revision would also centralize determination of Targeted Employment Areas — where the investment capital can go, in other words — at the Department of Homeland Security. That is another worrisome change, according to critics of the revision. Currently, states designate TEAs, though they must be approved by U. S. Citizenship and Immigration Services (part of DHS).

"[The proposed revision] excludes states from having a say in the geographic areas in their state that merit, and are targets for, economic development," Mastroianni said. "And it would bog down decision-making, waiting for Homeland Security rulings. This would make the program even more unpredictable."

Some critics also find fault with something that isn't in the revision.

"Given the demand for EB-5 and its benefit to the U.S. economy, Congress should increase the total number of EB-5 green cards from its present number to meet the increasing demand in an uncertain world," Jafri said.

About 10,000 EB-5 visas are issued each year, a cap that was reached in 2011 after years of tepid interest in the program, though only 3,000 investors receive green cards each year. The other 7,000 visas are for family members of investors.

Application backlog is a challenge for the EB-5 program, though it is possible that the agency responsible for processing applications, the Investor Program Office, might catch up by the end of fiscal 2019.

Wolfsdorf and Danaher, who don't agree about the impact of the regulation revision, agree that the number of visas should be raised. President Donald Trump has signed extensions of the EB-5 program, but not said that he would like to see it expanded.

"True reform to the EB-5 Visa Job Creation Program should include the original Congressional intent of allowing 10,000 investor families, and not the approximately 3,000 investor families presently being admitted under a restrictive and erroneous interpretation," Wolfsdorf wrote Trump.

"Given the tremendous value EB-5 delivers to the U.S. at minimal cost, and the high demand among foreign investors, we frankly believe the total number of investors permitted to participate should also be increased. Every additional dollar in EB-5 investment has been demonstrated to lead directly to U.S. jobs,” Danaher said.

To demonstrate EB-5's impact on the economy, economists Scott and Cora Barnhart presented the example of an investment in a hypothetical hotel development in Los Angeles. They posited that a single $500K investment via EB-5 would have a direct and indirect contribution to GDP of more than $1.4M, and taxes that add up to more than $348K. It would also create 14 jobs, including construction, hotel operations and at a hotel restaurant.

The proposed changes come at a time of increasing interest in the EB-5 program among Indians and Vietnamese investors. The number of Indian citizens issued EB-5 visas quadrupled from 174 in fiscal 2017 to 585 in fiscal 2018, making it the third-largest market for EB-5s after other options, such as H1-B visas for skilled workers, became more difficult to obtain. Indian citizens accounted for 6.1% of EB-5 visas in fiscal 2018.

Vietnamese citizens accounted for 7.2% of all EB-5 visas awarded in fiscal 2018, continuing a steady growth pattern from four years ago, when they represented only 1%.

China remains by far the largest market for EB-5 visas, with 48.3% of the total last year, but that number represents a significant drop from 75% of the total in fiscal 2017.