It's Who You Know: Pro Athletes Getting Their Former Teammates To Invest In CRE With Them

After a career pitching for teams like the Washington Nationals, the Pittsburgh Pirates and the Minnesota Twins, there was a moment in 2017 Matt Capps knew his ball-throwing days were over. At the time, he was a free agent, bouncing around minor league teams after shoulder surgery.

“The phone quit ringing,” Capps said. “I just kind of had that moment of awakening." 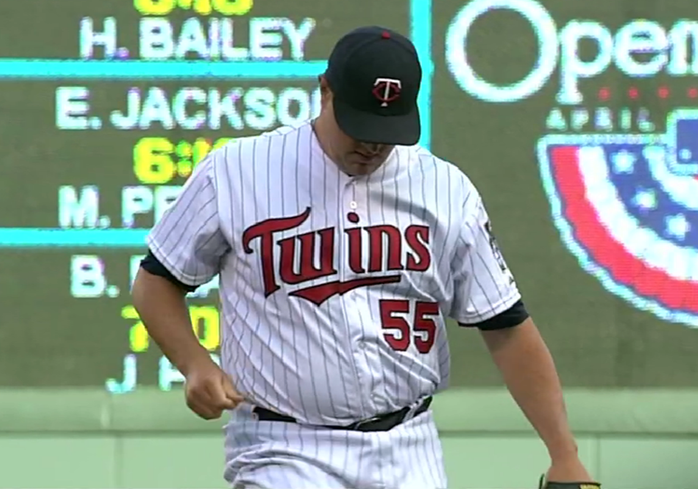 By then, Capps had two small kids at home. So he decided in April to leave professional baseball behind him after seven seasons, during which he earned more than $18M. He spent a few months as a stay-at-home dad, shuttling his kids to school and around until he realized he needed to do something else.

“There were only so many car-pool lines I was capable of sitting in,” Capps said. “And that being said, it's hard to sit. [Professional athletes] are Type-A personalities.”

Earlier this year, Capps joined Atlanta-based Highgate Partners, a commercial real estate investment firm. While he had personally invested in real estate, beginning with a Florida investment home in 2007, he is now using his experience as a Major League Baseball pitcher and getting former teammates and other professional athletes to invest with his firm.

Capps is among many former professional athletes who have found a second career in commercial real estate, an industry that lives and dies by relationships and the ability to attract investor capital — especially among high net worth individuals.

“We have half a dozen baseball players who are investors. And it's a capital pool we don't have [an extensive] relationship with,” Highgate Partners principal Andrew Murphy said.

Highgate invests in value-add office and medical office properties in the Southeast, responsible for more than $3B in real estate trades.

These athletes often have a hands-off approach, using professional wealth managers to grow their nest eggs. They pose a large enough group of high net worth individuals that many real estate firms directly market to them — and their managers.

“As an athlete grows in their career, the bar gets higher and higher,” Intersect Capital Managing Partner Joe McLean said. "There's so many people out there trying to get their ear, trying to get a piece of their money." 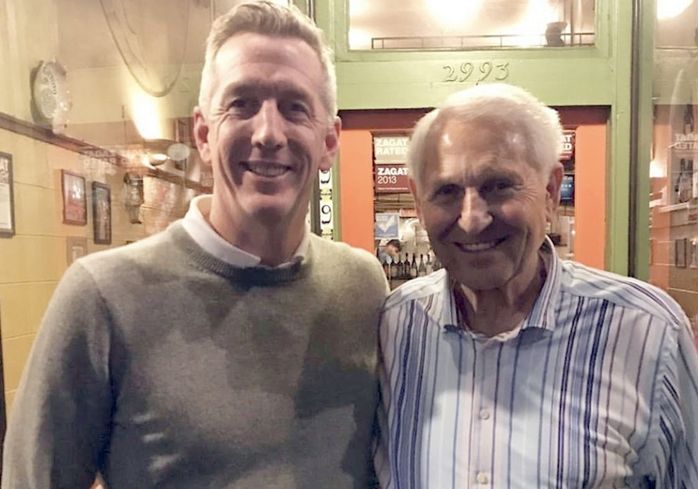 McLean is a retired basketball player who played professionally in Europe and was a member of the 1994 Arizona Wildcats team that made it to the Final Four. He said former athletes can imbue a sense of trust with current athletes and their dollars, particularly if they have a strong track record.

When he started his own firm, McLean avoided marketing toward former teammates initially.

“I actually never went back to any of my teammates to work with,” he said. “But the light went on when some teammates came to me who were retiring.”

They were not properly preparing for a time when they were no longer signing million-dollar contracts, he said.

“As a friend, I just started to help these individuals out and then realized no one in sports was doing this,” McLean said.

“Things change when money's involved, especially at this stage of life that we're in. Sports is a unique situation. Ninety percent of the income that is going to come is going to come in their 20s and 30s,” Capps said. “The window is so small. Guys are on edge about who they invest with and how they invest their money.”

Former athletes' common experiences give them inherent trust from their peers. The locker room is considered sacred ground, and they travel together, spending hours together almost every day for seasons that, in the case of successful basketball and hockey players can last up to 10 months.

“It's a small network of people, so I think you have to tread those waters lightly. The relationships and friendships you have have to take precedent over that stuff. You can't go in and be forceful,” Capps said. “At the end of the day, guys are wanting to do things. And if they trust and see the value, then guys are willing to do things and jump at opportunities.” 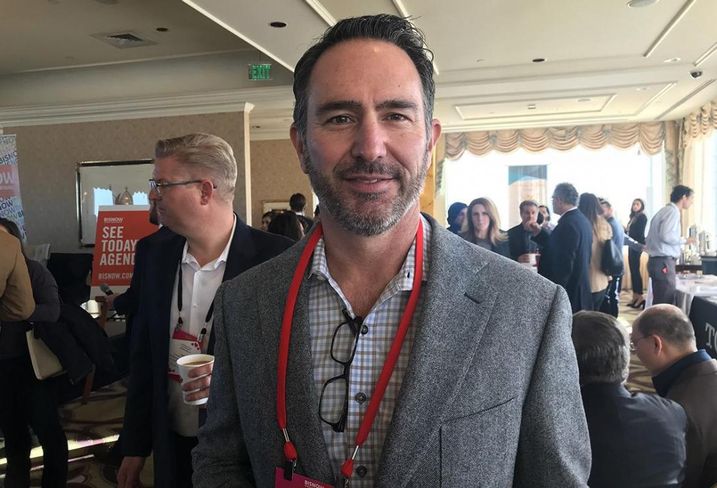 Real estate is tactile, something you can see and touch, unlike, say, a municipal bond or a share of a REIT. That makes some athletes susceptible to bad real estate deals with less experienced investors, or even outright fraudsters.

“The risk specific to athletes is they're just young people with a lot of money who have focused on a craft that made them the best of what they do in the world," McLean said. They haven't had to focus on growing their money.

Mynd Property Management co-founder Doug Brien was an NFL kicker for 12 seasons and seven different teams, including a stint with the San Francisco 49ers where he was part of the team that won Super Bowl XXIX in 1995. He also has a long history of buying multifamily properties, even during his time in football, when he made it a goal to invest in one property every year he played.

“I'm fortunate to have a Super Bowl ring. I wear that ring at a conference or a meeting,” Brien said. "It's a fantastic way to leverage what professional athletes [have] done in the past."

Brien now takes that approach to current and former professional athletes, mentoring them on the idea that real estate investing can promise to protect rapidly accumulated, sometimes fleeting wealth at a young age.

RealCrowd, a crowdfunding platform connecting accredited investors to wealth managers with strong track records in real estate deals, has a handful of customers who are in the NBA, NHL and NFL, including New York Jets offensive tackle Kelvin Beachum.

“We don't target [pro athletes] specifically, but we know they're active on the platform,” RealCrowd co-founder Adam Hooper said.

RealCrowd operates a six-week online education platform that targets athletes and other high net worth individuals who lack a professional understanding of commercial real estate and the risks and rewards associated with it. That way, Hooper said, they enter into these investments with eyes open.

“I think most people have a fundamental understanding that investing in real estate is a good thing. They just don't [have] the access to it,” he said. “There's a million horror stories about athletes who have been swindled into poor deals. Anyone who comes into a lot of wealth at a young age, they're going to be a target for fraudsters.” 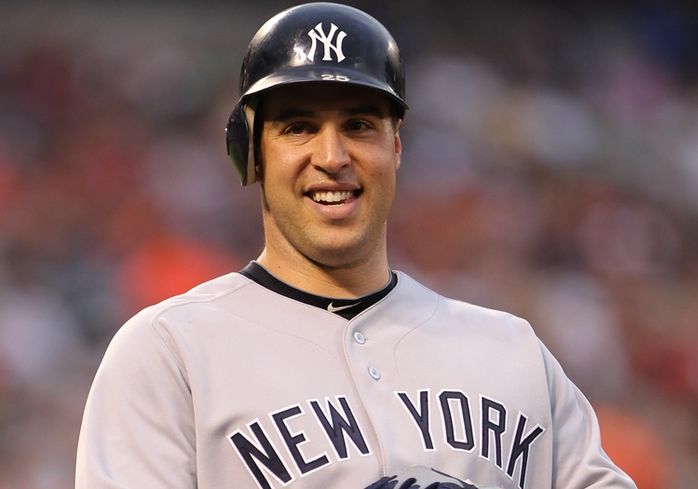 Some former ballplayers would rather not let their past glories as a professional player dictate their real estate careers.

“It helped at times and it hurts at times,” Urban Creek Partners partner Mark Teixeira said. "A lot of people just assume, 'Oh, he's a professional athlete and he's just lending his name to the project.'"

Urban Creek Partners is embarking on a massive mixed-use project in the hot Westside community of Atlanta called Quarry Yards, bordering what is expected to become the largest public park in the city, complete with its own lake. The development will eventually encompass some 2M SF of office, hotels, 200K SF of retail and hundreds of apartments, both designated as affordable and market-rate.

Teixeira is more known for what he did as a first baseman for the Texas Rangers, Atlanta Braves and New York Yankees. During his 15-year career, Teixeira hit 409 home runs, made three All-Star teams, won five Gold Glove awards. He won a World Series ring with the Yankees in 2009, when he led the American League with 39 home runs and 122 runs batted in. In salary alone, he earned more than $217M  before taxes, according to Spotrac.

The Maryland native shies away from his baseball accolades — he has the fifth-most home runs all-time for a switch hitter — in his real estate efforts.

“I've tried to keep my baseball life and development life separate. We haven't asked for capital or even asked for meetings with any of my former teammates or colleagues, and I kind of like it that way,” he said. “All of my friends who have really good seats to the Yankees and Braves are our investors.”