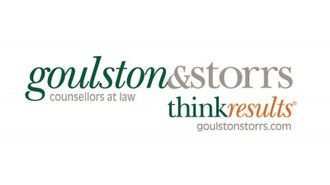 It’s More Than An Affordable Home. It’s A Viable Community

The affordable housing crisis has grown so dramatically that developers, local governments and contractors across the country are focused on how to address it. The issue has even caught the attention of major players in commercial real estate, as seen in Blackstone's purchase of AIG’s affordable housing assets in a $5.1B deal brokered by CBRE last year.

However, one of the many factors holding back the U.S. from getting the 6.8 million additional affordable units it needs is the complex and slow-moving process of arranging financing and obtaining local government approvals for new affordable housing projects. This can tempt some developers to abandon their projects. But to maintain momentum, according to an attorney specializing in affordable housing and economic development, developers need to set aside their frustration with red tape and keep sight of the bigger picture of what they are accomplishing.

“For my clients and others who are successful in the industry, housing is more than providing safe, clean shelter,” said Hara Perkins, a director and New York office head at law firm Goulston & Storrs. “Housing creates community, and having access to housing dictates so much as far as people’s health, education and access to resources.”

Perkins said that the process of building affordable housing should not be treated as a one-and-done process where developers simply move on after project completion. Instead, success depends not only on their ability to navigate local bureaucracies but to stay committed to the community even after the housing is built.

“Developers who understand this are the ones I think who typically see a successful project,” Perkins said. “To me, it is less about arranging a cookie-cutter blend of subsidies and more about building a thriving community.”

Perkins said one firm that understands this dynamic is Jonathan Rose Cos., a national developer dedicated to building affordable communities. While the complex financing of these projects can frustrate some developers, she said, Jonathan Rose has learned to be flexible and does not approach new projects with preconceived ideas.

“They will say, ‘This is a good project, we like it, so let's figure out how to do it,’” Perkins said. “They don't have a prescribed financing approach. So while some developers might say, ‘This is the type of financing we typically obtain and this is how we go about our projects,’ their attitude is much more ‘let's figure out which local partners we can bring in to make it work.’”

This “symbiotic” approach, Perkins said, requires a commitment to the property that lasts long after its residents move in.

One example is a 379-unit affordable housing development in Manchester, Connecticut, that Jonathan Rose completely renovated, in addition to building a new 7K SF community center for the development’s residents.

“They keep coming back to figure out how to improve the livability of the development in tandem with the residents,” she said. “The way they approach it isn't so much just charging toward an end date, where they just renovate the building and walk away. It's much more long-term and process-oriented.”

Perkins said a commitment to the local community should begin early, particularly if existing residents fear the gentrification of their neighborhood. The development team needs to communicate how the changes it proposes will benefit longtime residents as well as new ones, such as by attracting much-needed retailers and other long-absent services.

“Neighborhood change and growth can be a great positive,” she said. “If you live in an area that is a food desert with no access to a grocery store, that's a problem. Or, a neighborhood might have access to fresh food but suffer from not enough housing or historic blight. As participants in the real estate industry, we should be working to improve that.”

That was the case for a neighborhood in New York’s Lower East Side that became home to the 20-acre Essex Crossing development. Much of the neighborhood had been bulldozed in the 1960s for redevelopment that never came.

“It had a number of parcels that had been vacant for years, so no one was benefiting,” said Perkins, who represented the city of New York on this project. “Through active engagement with the community in the planning process, the concerns of local residents and businesses were prioritized and they knew what was happening at every stage of the process.”

Essex Crossing brought more than 1,000 new housing units to the area, including a mix of market-rate and affordable. Since the developers had a sense that longtime residents would worry about being displaced by luxury housing, the affordable housing component was built first before the market-rate units even broke ground.

Perkins said a community-forward approach like this allows developers to keep the broader benefits of their project in view, which can remind them of why this work is so crucial when they are dealing with complications. It also serves to put residents’ minds at ease.

“Just by phasing a project in this way, a locality can ensure residents that they have the public benefit delivered,” she said. “It should be clear that the development intentionally seeks to serve the existing community and the existing fabric. It will bring in new players but while serving the existing fabric, you end up creating a much more vital neighborhood and a much more resilient community.”

This article was produced in collaboration between Studio B and Goulston & Storrs. Bisnow news staff was not involved in the production of this content.

Studio B is Bisnow’s in-house content and design studio. To learn more about how Studio B can help your team, reach out to studiob@bisnow.com.

Goulston & Storrs
Goulston & Storrs is an Am Law 200 law firm, with offices in Boston, New York and Washington, DC. With more than 200 lawyers across multiple disciplines, Goulston & Storrs is a real estate powerhouse with leading-edge corporate, capital markets and finance, litigation, and private client and trust practices. Our lawyers employ a proven team approach that values client outcomes over individual recognition. The firm’s dedication to providing prompt, practical legal advice, cost-efficiently and tailored to our clients’ business needs, has resulted in Goulston & Storrs being acknowledged for excellence by Chambers USA, BTI’s A-Team for Client Service, Best Lawyers in America and other leading industry rankings.
Confirmed! You are subscribed to the Bisnow National E-Newsletter.
Most Read Stories
More Top Stories
Bisnow National Newsletter
Bisnow National Newsletter