Eyes Up: A Rundown On Those 50-Storey-Plus Manchester Towers 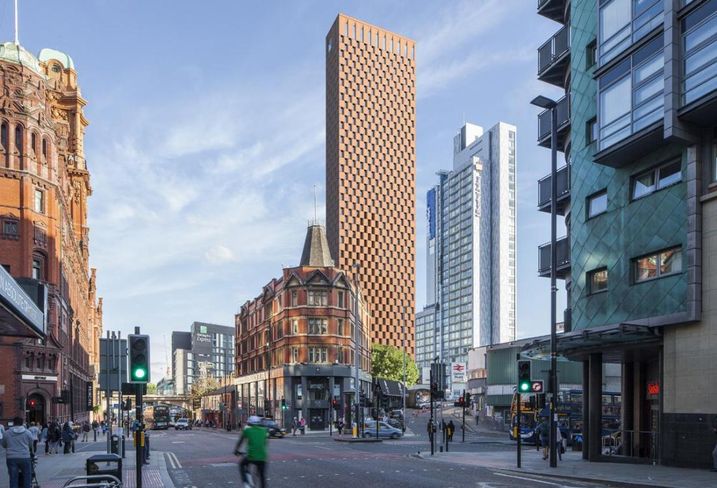 Another month, another 50-storey plus skyscraper plan for central Manchester?

The latest proposal comes from specialist student developer Student Castle, which are proposing 850 studio apartments in a 55-storey block at Hulme Street, immediately next to Oxford Road station and in the heart of the student-meets-city living quarter in the south west of the city centre.

In a nod to the city's coworking boom, they proposed to include 8K SF on four floors for "a supportive incubator environment."

There will also be a common area on the top floor of the Hulme Street building — adjacent to the 37-storey development at 1 GMS which Student Castle previously developed — offering panoramic views of all the other skyscrapers now planned or built in the city's south-west flank.

Architects Glenn Howells are design leaders on the project on behalf of GMS (Parking) Ltd. Student Castle intends to open the landmark scheme toward the end of 2022.

Long-gone are the dwarfish days when Manchester's tallest building was the 47-storey Beetham Tower. Today the list of 50-plus storey blocks includes:

2. Trinity Island: At 67 storeys this is — so far — the champion. Up to 1,400 apartments and 150K SF of commercial floorspace in another Allied London proposition. Now the Ordsall Cord rail link is complete hopes for a start on site are growing.

3. Owen Street, South Tower at Deansgate Square: 64 storeys marks the high point of a cluster of 24 blocks, developed by Renekaer and designed by Simpson Haugh.