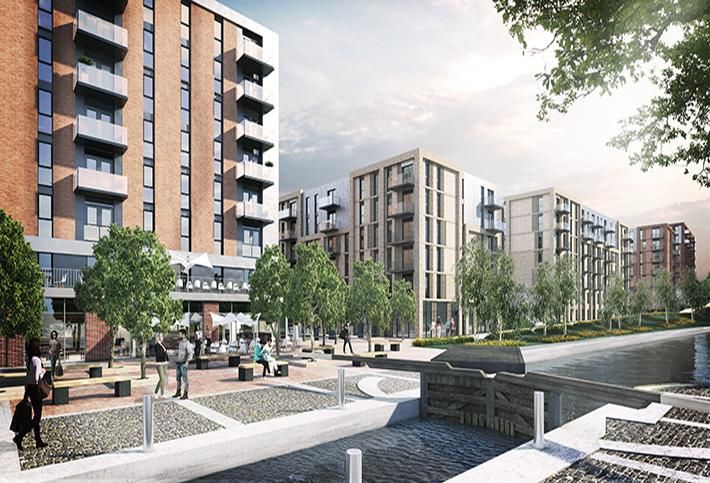 Delancey’s residential vehicle Get Living is in talks that could put the £1B Middlewood Locks residential scheme, Salford, into its control.

Their Manchester debut comes four years after the opportunity fund manager pulled out of the £800M NOMA development in Manchester.

Get Living is in negotiation with Scarborough Group for the 546-unit second phase of the 2,215-unit scheme, Estates Gazette reports.

The £200M second deal could open the door to acquiring later phases of the development, which has a total end value of £1B. The development is currently a joint venture between Scarborough, Hualing Group and Metro Holdings.

In 2012 Delancey was selected as preferred developer of NOMA in association with Landid. But a development agreement was never finalised and in 2014 they were replaced by the site's then-owners Co-Op Group. Hermes became the Co-Op's partner.

Get Living — a partnership between Qatari Diar, wholly owned by the Qatar Investment Authority, APG Asset Management and Delancey — has more than 6,000 homes under management or in the pipeline across the U.K., including sites at the former Olympic Park and in Elephant and Castle in London, Glasgow and Leeds.

The arrival of Delancey in the Manchester residential scene is sure to shake up the sector, and comes as other national players vie to secure places in a crowded Manchester market.

Join the conversation at Bisnow's Manchester Build To Rent Boom event on 6 September by registering here.