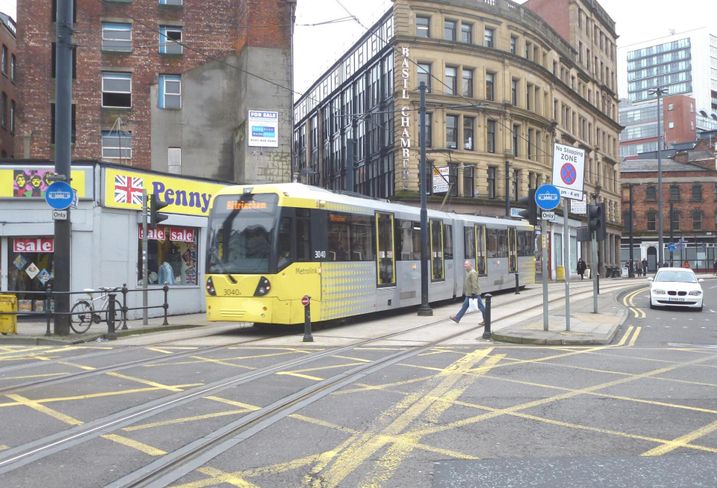 Mikey/Flickr
Left, the site of the Salboy tower development at Shudehill

Manchester's Northern Quarter is so full of opportunities it is sometimes hard for developers to know what to do for the best return. Should that prime Manchester site be residential, or office, or maybe leisure?

The plot at Shudehill/Back Turner Street controlled by billionaire gambling boss Fred Done’s Salboy development business has now been all three. The hat trick was completed last week with the submission of a planning application for a 17-storey, 47K SF office scheme. Only a few months earlier Salboy won consent for 65 apartments, and before that it was slated for a 13-storey aparthotel.

The planning history for the prominent plot dates back to 2017. Securing residential consent involved a long and controversial campaign. Why, after three years of effort, has Done’s team decided to gamble on offices?

The scheme, which involves a combination of new build and the conversion of an existing building, will provide floor areas ranging from 2K SF to 5K SF, ideal for the Northern Quarter’s cohort of small but growing tech and media business.

The viability assessments for the residential and office schemes tell part of the story.

The now-shelved residential development suggested development costs of £20.3M with a profit of 2.89%, with the tightly constrained site and the retention of an existing historic building adding to the cost and depressing the profit.

The office scheme comes out very differently, according to paperwork filed with the most recent planning application.

For a start, the construction cost is just £16.5M.

“A range of rents have been identified for the office accommodation, between £28/SF and £35/SF depending size of floorplate and location within the building," the latest office viability assessment said. "This equates to an average office rent of £30.30/SF.”

Rents assume three year leases with six months rent-free. This produces an annual rent of £1.5M and a net development value of £24.2M. Assuming 20% pre-lets and nine months of letting campaign, the report concludes a profit on gross development cost is 6.98% — well below the 20% profitability benchmark regarded as reasonable in official appraisals, but triple what was claimed of the residential scheme it replaces.

If the office scheme attracts the kind of occupiers who have so far avoided the Northern Quarter it could be a winner, making rents of £30/SF seem viable.

“Demand for Northern Quarter offices has been robust, and we’ve seen rental growth like no other Manchester market. Seven years ago rents for good Northern Quarter were £15/SF and now they are comfortably mid-20s,” OBI Director Richard Lace told Bisnow.

“A new build office offer in the Northern Quarter has a chance to bring in occupiers from the legal and corporate finance worlds who are interested in the fast-growing media and tech businesses that dominate the area.”

The figures make it clear that office development promises a better return than residential. But what they also reveal is that, on these figures, both fall very far short of the 20% benchmark. Maybe the answer to the Shudehill puzzle is that acquiring this apparently attractive but hard-to-deliver site was the biggest gamble of the lot?