Coolchester: How The Chilled Out Manchester Office Refurb Became A No Brainer

But according to developers — and to both those who love them, and those who can take it or leave it — chilled-out refurbs really do pay, cutting void periods by up to six months and pushing up rents and income-stream security.

Ahead of the Manchester State of the Market event on 15 May looking at workplace innovation, this is how Coolchester offices work. 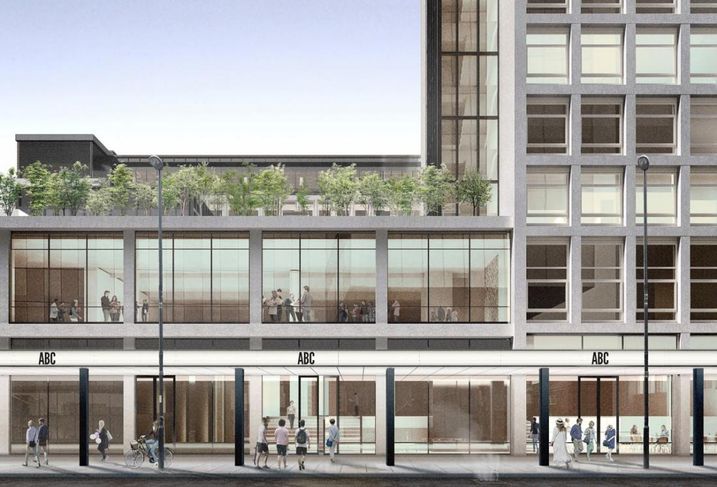 A few years ago Manchester developers knocked down 1960s office blocks without a second thought. The list of things to hate about them embraced floor-to-ceiling heights that were uncorrectably wrong, concrete pillars everywhere, nightmare mechanical and electrical set ups, metal window frames, and the fact that they were so darned ugly. Today — with mid-century style a byword for cool — the talk is of preserving and cherishing. Sixties is cool, and cool is good and even mainstream developers like Allied London have heard the call.

Bean Bags Are Back 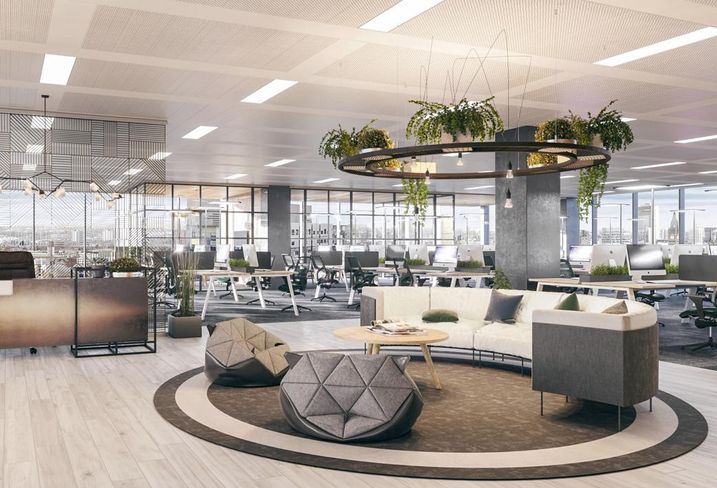 But why the rush to embrace cool? Is it just fashion, a meaningless copycat reflex — or in Manchester's fast-changing and rapidly growing office market, is chilling out the soundest of solid commercial bets? 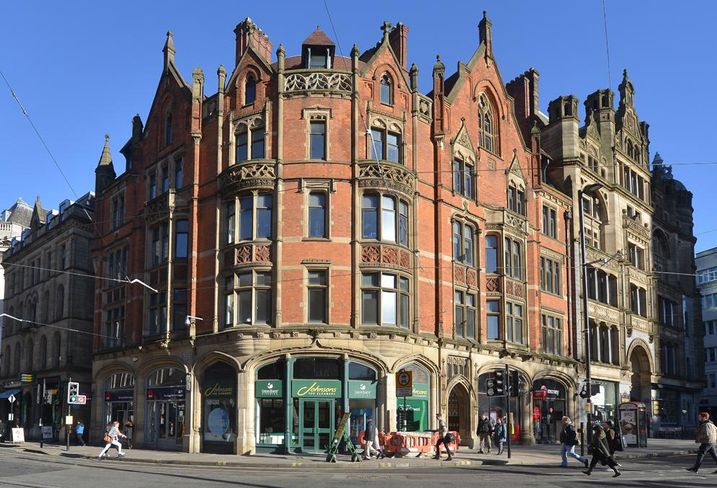 LJ Partnership are pretty cool — and they are not afraid to say it. Their Albert Square Estate and recently refurbished 72K SF Canada House, Chepstow Street, are aimed at the kind of occupiers who think free scooters should be part of the amenity offer.

“We can quickly tell when we meet potential tenants whether they want the kind of collaborative environment we offer,” he said. “You can quickly see if they are excited by it or not.”

The upshot is that sometimes a potential tenant gets the thumbs down. “That’s a counter-intuitive thing for a landlord to do,” Johnston said. “We let one tenant off three to four years of lease because they didn’t fit, both sides felt that.”

But getting the right vibes from tenants does not play against LJ Partnership’s commercial ambitions. On the contrary, they insist it strengthens a scheme’s viability.

“Long, diversified income is what cool workspace earns you,” Johnston said. “Cool office space helps minimise voids. It helps you create a more sustainable long-term cashflow if the building is full of people interacting together. It’s not going to generate a lot more income in the good times, but it will be better and more stable in the challenging times.”

Unexpired leases of 10 years, and accelerated void periods — Canada House was filled in 15 months — are the not-to-be-sniffed at consequences of cool.

Karma And Six Months Off The Void Period 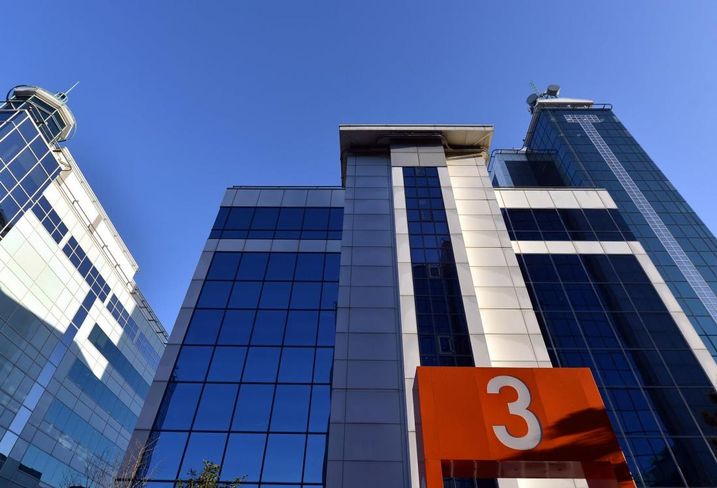 Nordic cool is — by definition — the coolest, and Baltic-British investor Ekistics has no hangups about it. Their teams in London and Lithuania are enthusiasts and it is an enthusiasm they are now bringing to the 435K SF Exchange Quays, Salford.

Last year's acquisition handed them an office complex that Ekistics Managing Director Axel Waldecker admitted can, in parts, feel like a 1990s time capsule — and it will be lifetimes before the 1990s feels cool again.

“Coolness is one of those things tenants look for. It often boils down to placemaking, and active engagement with tenants, trying to find out what they want and what we can offer that’s attractive to them and us — it's about being a more active landlord than landlords used to be in the past,” Waldecker said.

Ekistics answer is to sacrifice lettable floorspace to create a cool vibe and amenities. At Building 3 Exchange Quay, around 1K SF of dedicated office space, another 1K SF on the ground floor, and another 1K SF of floorspace that was part storage, part wasted, have been transformed into breakout spaces. That is a lot in a 25K SF building.

“This is about creating a cool environment," Ekistics Associate Rune Randrup-Thomsen said. "We believe it will make the building more attractive. And at the same time we’re investing in activities like walking clubs, five-a-side football, yoga, dragon boat races, which also helps create an attractive environment, and some of which can happen in these spaces.”

Losing lettable floorspace is not something landlords like to do — but the new cool feel will generate its own rewards (and not just in karma).

“This is going to change the speed of letting at Building 3. We’re expecting the letting campaign to take up to 18 months, and we think it would have been longer without. Down by about six months we think,” Randrup-Thomsen said.

It also means rental stability. Today rents are around £18.50/SF — and the hope is the investment in cool will help them to keep pace with the Salford Quays norm. 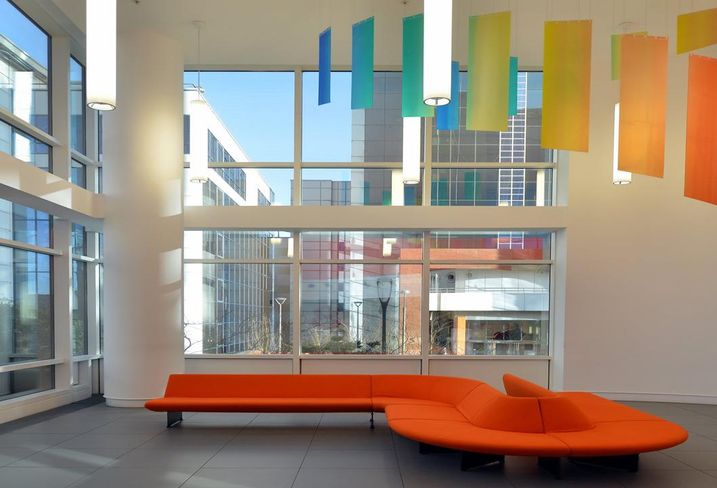 Courtesy of Ekistics Property
Interior fit out at Exchange Quays

Of course, not everybody buys the idea that cool is all that counts. The relentless focus on fabric choices and light hangings leaves many occupiers — and Manchester property professionals — exhausted and unhappy.

“Does everyone want cool offices? No they don’t,” Canning O’Neill Director Conrad O’Neill said. “There are occupiers who specify no exposed surfaces, nothing trendy, they want conventional with suspended ceilings.”

O’Neill sounds weary with the whole idea. “Even solicitors think they are cool these days. Put some AstroTurf down in the office, give everyone beers on Friday and suddenly you’re a disruptor and trendy,” O’Neill said. “We’ve have to say to landlords think, pause, why do you think cool and trendy is the right solution for your building? Taking down that suspended ceiling might not make it cool — it might just make a mess, and it will cost you a lot of money to make it tidy again.”

That said, O’Neill is convinced that for some buildings cool is absolutely correct.

“You can certainly measure the effect in terms of speed of letting. A cool fit out in the right place — if you produce the right product, in the right location — can halve the void period. In some extreme cases the building would not have been lettable without some cool. I remember one case off Princess Street — the landlord was going to put in new carpets, suspended ceilings — we told them it would never let looking like that.”

Cool is not everyone's cup of tea. There are Manchester tenants and Manchester landlords who will always prefer chinos to hotpants, and button-backed sofas to bean bags. But for those who buy into the cool vibe, chilling out can mean shorter void periods and diversified income.