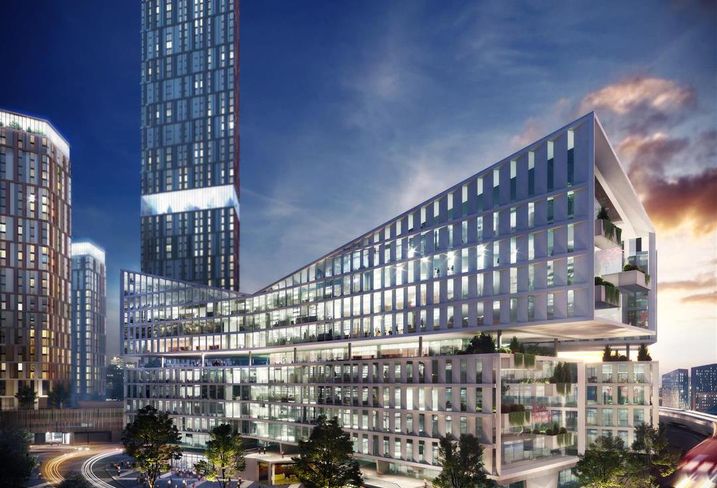 Could this be the future of Manchester's tech and digital sector?

Allied London hope it will be, as they announce a new vision for the 726K SF Enterprise City scheme, the latest element of their emerging St John's District, Quay Street.

Although Allied London are committed to Enterprise City, the future of this design is uncertain. The integrated series of buildings is "only a concept," Allied London Chief Executive Mike Ingall said at a MIPIM launch. Architects are Child Graddon Lewis.

"The building if developed would be an extension of Enterprise City and be adjacent to the new Factory arts centre, and replace a part of the Trinity Islands development, deliberately designed for modern industry and have a real purpose focused on inward investment for enterprising business," Ingall said. 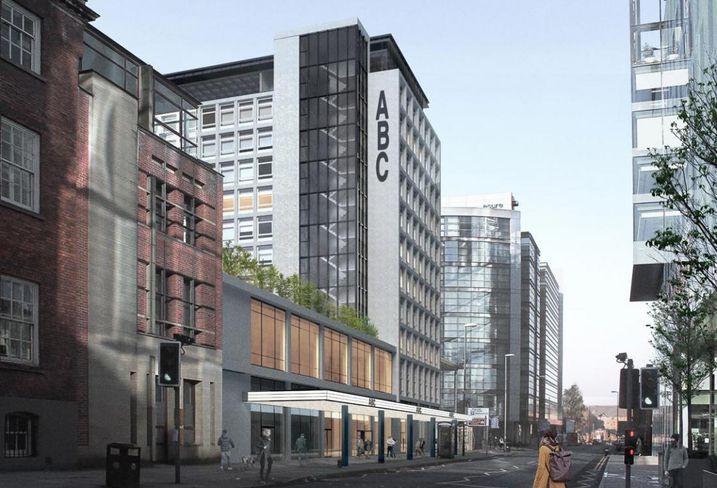 This collection of '60s buildings has been empty for nearly 10 years and were earmarked for demolition by the former owners, to be replaced with a single large office building. However, Allied London have praised the architecture and design as "true '60s" and will readapt the ABC buildings, with architects Levitt Bernstein, to enhance the original 1960s architectural features.

Due for a launch later this summer, it will be an early phase of Enterprise City.

St John's will total 2M SF of office floorspace in 18 buildings, along with leisure and residential.