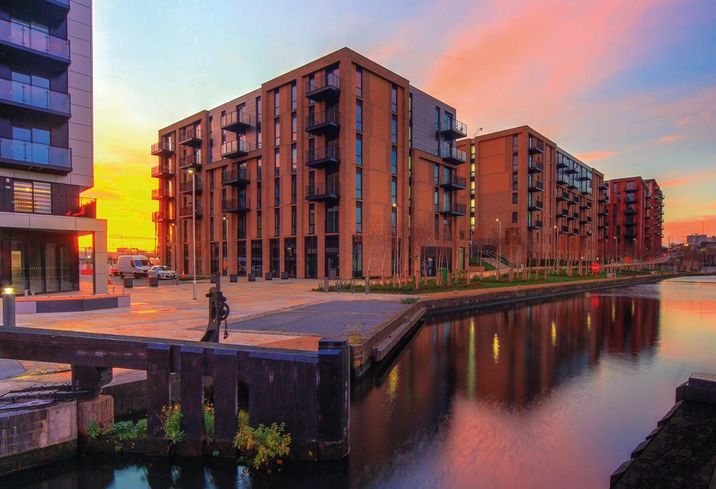 Courtesy of Scaroborugh/FairBriar International
The sun rising on Middlewood Locks

Contractors have been appointed to build the 546-unit second phase of the Middlebrook Locks just days after a joint venture between Delancey, Oxford Properties, APG and Qatari Diar confirmed the forward-purchase of more than 800 rental homes at the 24.5-acre Salford site.

The Get Living platform will manage the newly acquired units.

Beijing Construction and Engineering Group will be building contractors for the joint-venture developers: Scarborough International, Hauling Group of China and Singapore-listed Metro Holdings, all operating under the FairBriar International badge.

The Middle and Far Eastern investment in Middlewood comes as investors from all parts of the globe step up their involvement in Manchester BTR. Last month Europa Capital and its partner, Chicago-based multifamily giant Atlas Residential, agreed to forward-purchase Renaker Build's 44-storey residential tower at 100 Greengate, Salford.

Data from Deloitte suggests no imminent cool-down. A total 14,480 residential units were reported to be under construction in 2018, according to Deloitte, representing an increase of 30% on 2017 and double that of 2016.

Deloitte said that during 2018 a total of 2,569 residential units were completed. Their analysis of the development pipeline points toward 2020 having the highest rate of delivery since the Crane Survey began in 1999.