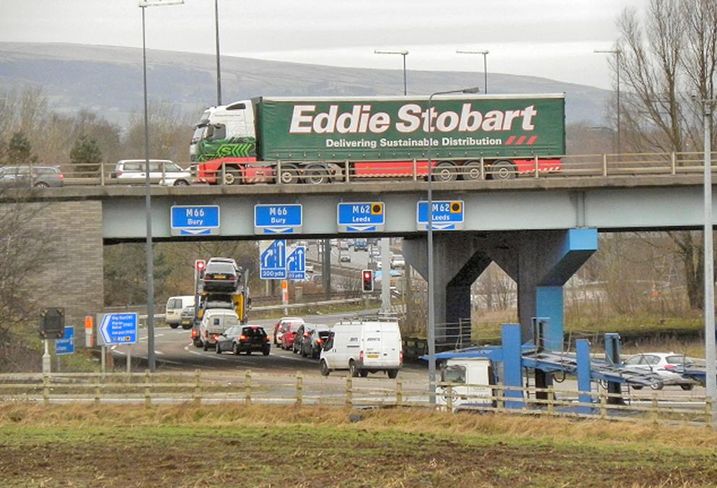 Planners have given the long-awaited final go-ahead for one of Greater Manchester’s most-watched development sites.

Russell Homes won permission for 1.4M SF of commercial floor space and 1,000 homes on a site close to junction 19 of the M62 motorway as far back as 2018. Since then the Manchester-based developer and Rochdale Council have been in negotiations about the section 106 planning gain agreement for the scheme. The agreement has now been signed.

The site is part of wider plans for the 11M SF Northern Gateway industrial area north of Manchester, a key plank of the delayed Greater Manchester Spatial Framework.

The scheme will include a link road creating direct access to Heywood Distribution Park, reducing motorway congestion at Simister and taking HGVs away from Heywood town centre.

“This development will unlock millions of pounds of investment for our borough and kickstart the crucial Northern Gateway project, which, if it goes forward, will create the biggest opportunity site in greater Manchester within our borough," Rochdale Council Cabinet Member for Regeneration John Blundell said. "We are confident this site will attract significant interest from major companies who are looking to invest here and create thousands of new jobs and homes.”

Tenders have been received for building the new road and a main contractor is expected to be appointed within the next two months, with plans to start on-site toward the end of summer. The road and employment space is expected to be complete sometime in 2022, with the entire project due for completion by 2035.