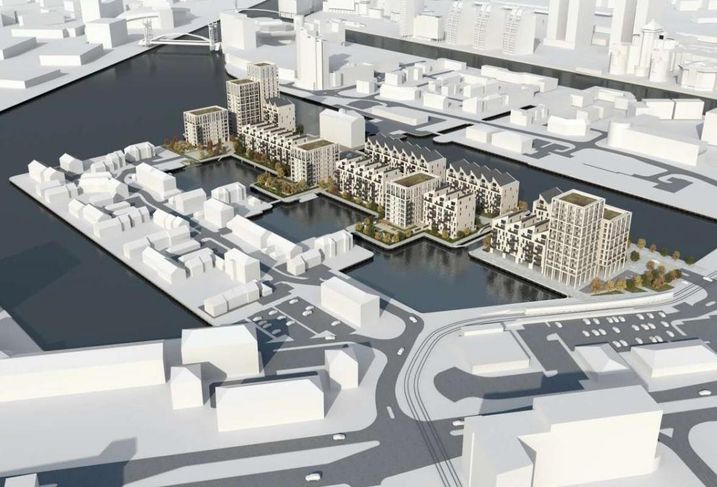 Frogmore is to make its Manchester residential sector debut on the 8.3-acre Pier 7 site at Salford.

In partnership with the Royalton Group it will develop luxury housing on a Salford Quays site acquired from TH Real Estate.

The site — also known as Star Island — has an existing planning consent for 800 units, but a new masterplan will increase the development to 1,000 units. Architect Simpson Hough are advising.

“Salford City Council has been receptive to the scale of our ambition and very supportive and we are working closely with officers to develop joint plans to create the type of destination not yet seen in Greater Manchester," Royalton founder and Chief Executive Ken Parker said.

Revised plans are expected to be submitted by the end of 2018.

The site is currently used mainly for surface car parking and a group of low-rise, half-vacant office buildings, known as the Media Centre, would be demolished. The Holiday Inn Express is not included in the site purchase.

To join the conversation at Bisnow's Manchester Built To Rent Boom event on 6 September, register here.