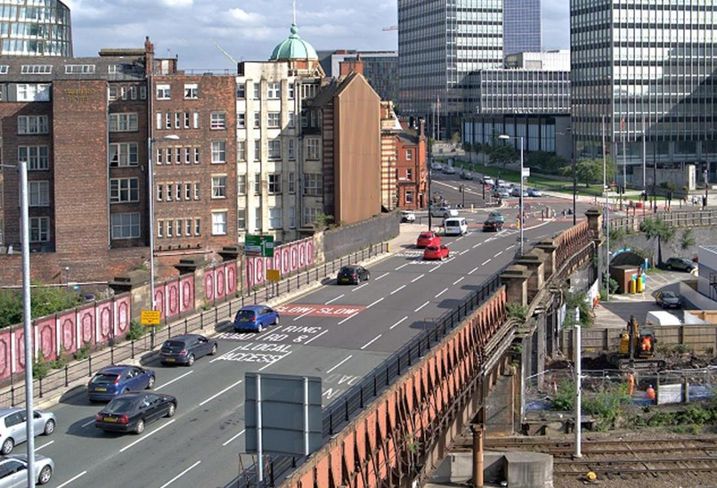 Manchester City Centre just got bigger by roughly 200 metres thanks to a planning inspector who also took several swipes at the city council's planning policy.

For landowners with plots on the fringe of the city centre — who now suddenly find they might stand a chance of scoring city centre land prices — this is amazing news.

The sudden, if modest, expansion of the city core is the result of a decision by a planning inspector assessing proposals for a 147-bed hotel on a car wash site at Cheetham Hill Road. The city council rejected the application, saying the site was 200 metres outside the designated boundary of the city centre. Planning inspector Gareth Fort disagreed and allowed the appeal.

The site is not within the city centre as defined by the 2012 Manchester Core Strategy — the statutory planning document — but it is within the extended northern limit defined in the Manchester's City Centre Strategic Plan 2015-2018, which has no statutory status and only "moderate" significance in planning matters, according to the inspector. However, with the development of the nearby Green Quarter and Trinity Way already taking place, the inspector decided to go with the larger boundary of the 2015-18 plan, rather than the narrower boundary of the 2012 statutory plan.

The city council had rejected the hotel application saying the preferred hotel site is not within the city centre.

In a second blow to council policy, the inspector decided the developer did not need a contract with a hotel operator before consent could be granted. Letters from operators indicating their interest would do just as well, he said, even though one of them dated from 2016 and the other from "2th April 2018."

"Although I note that the Council expect evidence of contractual arrangements to demonstrate deliverability, and I am cognisant of the assertion that other hotels on “fringe city centre sites” had contracts in place with hotel operators prior to the grant of permission, or operators themselves progressed applications, I can find no reference to such a stiff test within the relevant policy or supporting text," the inspector said.