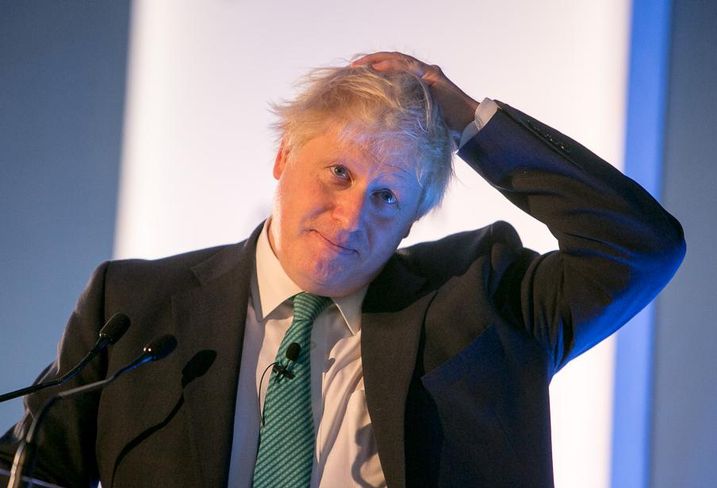 The truth is, Bisnow could probably have guessed that Jake Berry would be leaving his job as Minister for the Northern Powerhouse.

Just a week before the 13 February reshuffle that saw Berry leave the government, he politely declined Bisnow’s request to speak at the Next Level Manchester event on 13 May.

The departure is now raising serious questions across the north. Does it mean the off-again-on-again Northern Powerhouse project is entering another of its zombie phases?

First, the facts. Last week’s government reshuffle saw Northern Powerhouse minister (and MP for Rossendale) Jake Berry leave his job, which carried with it a seat at the cabinet table.

The north will now be represented in the cabinet by an MP from the far south, as transport secretary Grant Shapps assumes responsibility. Further down the ranks of government Middlesborough MP Simon Clarke moves from a junior treasury role to take day-to-day responsibility for northern issues.

Both Whitehall and town hall speculation centres on what this all means.

The decision to hand cabinet level responsibility to the transport secretary has led some to worry that 10 Downing Street sees the campaign to “level up” the North of England as mainly an issue about trains, the Independent reported.

Many in Manchester and Leeds would argue that poor transport infrastructure is a symptom, not the disease, and that the real problem is all about power.

Friends of Berry have briefed that he left the government at his own request in order to spend more time with his family.

However, others see the move away from a designated cabinet-level Northern Powerhouse minister as a very definite downgrade.

Some have suggested the Northern Powerhouse job was reduced from cabinet rank because the idea was associated with former chancellor of the exchequer George Osborne, Politico reported.

The sudden downgrading of the ministerial role echoes that of 2016, in which Theresa May appeared to step back from the Northern Powerhouse idea launched in 2012 by Osborne.

Whatever the truth, the loss of Berry could indicate a more widespread threat to the focus on northern issues.

Boris Johnson’s enthusiasm for the north, and for HS2, was said (by friends of  Berry) to be inspired by Berry, a longtime and loyal supporter. Berry was publicly backing Johnson as a potential prime minister as far back as June 2016, just days after the Brexit referendum took place.

Berry's urging was understood to be instrumental when in July 2019, days after assuming the job of prime minister, Johnson came to Manchester to announce his support for a new Trans-Pennine rail route between Manchester and Leeds.

"I want to be the PM who does with Northern Powerhouse Rail what we did with Crossrail in London," he said. "It will be up to local people and us to come to an agreement on the exact proposal they want — but I have tasked officials to accelerate their work on these plans so that we are ready to do a deal in the autumn," he said.

The budget is due to be delivered on 11 March. Manchester will soon know whether the Northern Powerhouse initiative is being taken seriously, or if the government will simply pick the low-hanging fruit of the easiest and cheapest policy initiatives.