Extinction Rebellion: How Markets And Climate Crisis Are Reshaping Manchester

Exctinction Rebellion's occupation of Manchester Deansgate is now over.

But after four days of protests, is Manchester's approach to sustainable planning and regeneration looking stronger or weaker? 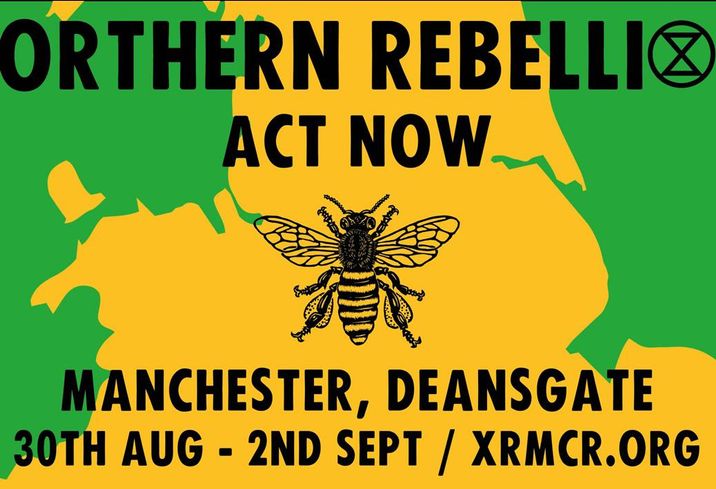 Deansgate was closed this week, courtesy of Extinction Rebellion. The four-day impromptu pedestrianisation of Manchester’s mile-long main street was greeted with anger by Manchester City Council, but with pleasure by some.

Pedestrianising Deansgate is not a new idea, although doing it by dumping a boat in the road (as the XR_MCR protesters did) is a novel approach to traffic management. A wide central boulevard like Barcelona’s Ramblas has long been mooted, and the climate change protesters showed it could work.

But the Deansgate occupation is a symptom of a wider change. A rapidly shifting property market, coinciding with a climate emergency, is reshaping the city in other ways. Nowhere are the shifting tectonic plates of property and politics colliding more noisily than in Ancoats.

The 10.5-acre Central Retail Park in Ancoats was, in its day, a marvel: big-box retail on the city centre’s doorstep, a 1980s dream. But the roads that made it a viable retail warehouse site paradoxically made it unappealing as a place to visit and in any case retail trends moved on. By the late 1990s it was madness to drive into central Manchester to buy a fridge. The more modern Manchester Fort retail park to the north of the city centre mopped up demand. Slowly Central Retail Park withered.

Henderson UK’s retail warehouse fund, through managers TH Real Estate, decided to rethink and in 2013 won permission for a £40M scheme including a 90K SF supermarket, a cinema and some retail along with residential. But by 2015 the scheme had got nowhere and the city council became involved in a pivot which might have led to 1,500 homes.

By 2017 that pivot had evolved into the city council acquiring the site with an eye to a residential development by Manchester Life, the city’s joint venture with Abu Dhabi United Group.

Demolition of the retail park began this time last year, and the site is now cleared. A massive obstacle in the path of joining the city centre to the growing New Islington and Ancoats districts was removed, and residential development was awaited. 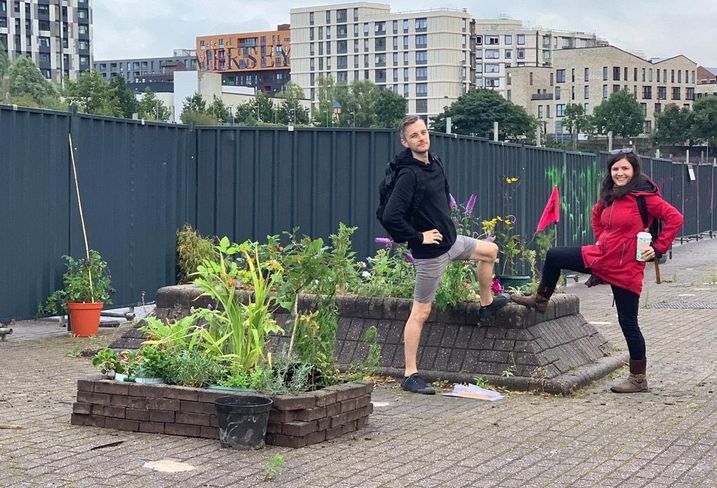 So the Central Retail Park becomes much-needed housing? Things are not that simple because here comes the first of several switcheroos which make the site’s future so interesting.

Early this summer Manchester City Council published its revised strategy development framework for the city’s inner-eastern districts including Ancoats, Piccadilly and the area around Manchester City’s Etihad Stadium. Under pressure from a fast-growing office market, and a residential development scene that seemed inclined to pause and see how existing schemes fared before launching more, the council proposed a new future for the Central Retail Park. It would become a 500K SF office campus, a kind of Northern Quarter overspill on the banks of the Ashton Canal. The plan envisaged green space and parks.

However, in July 2019 the council disclosed that, pending the new office campus, they planned to turn the site into a 440-car temporary open car park. They said revenue, said to be in the millions, would help regeneration.

Sustainable transport campaigners were not impressed, not least because only days before the council’s Labour leadership had declared Manchester to be in the grip of a climate emergency.

They demanded new powers from central government to help make the city carbon-neutral. Campaigners demanded the council use its existing power to dump the car park plan, and responded with a petition demanding the site become a park, not a car park.

This week’s Extinction Rebellion take-over of Deansgate also spilled over into Ancoats. Impromptu planting of flowers and shrubs has given the derelict site a slightly loved look. Protesters donated plants and dug them into improvised flower beds.

Meanwhile the campaign to turn the site into a permanent community garden gathers pace, a powerful call in a city acutely aware of the lack of green space in the city centre.

Today it is hard to predict the site’s future. Park or car park, homes or offices, or a mixture of all of them, seem equally plausible.

And the conclusion? The Labour-led city council’s grip on Manchester’s regeneration agenda is looser than it was only 24 or 36 months ago. It was telling that whilst city council leaders condemned the Extinction Rebellion protest, others in the Manchester Labour hierarchy appeared to welcome it (Gorton MP Afzal Kahn among them).

Until now the future of conspicuous sites and large city districts has been largely in the hands of the city council in negotiation with developers. Today, in a very different world, the city council seems less able to set a line that will stick when confronted with market or political pressure.