A Waterfront, Authenticity And An Eager Public Sector: All The Ingredients For San Pedro's Renaissance

San Pedro, which natives are quick to say is pronounced San PEE-dro, has all of the ingredients to be an LA boomtown: A location by the ocean. A prime stock of older buildings for redevelopment. A government that not only does not want to hinder new development, but wants to promote it.

Then there is the matter of authenticity, a hard-to-define but easy to see urban feature much in demand. San Pedro's authenticity stems from its long association with the ocean: fishing, sailing, the Navy and more.

Bisnow's recent San Pedro event focused on the community's future as a nexus not only of redevelopment that builds on the area's past, but as a hub for ocean-oriented tech innovation that will support San Pedro's economy in the future. 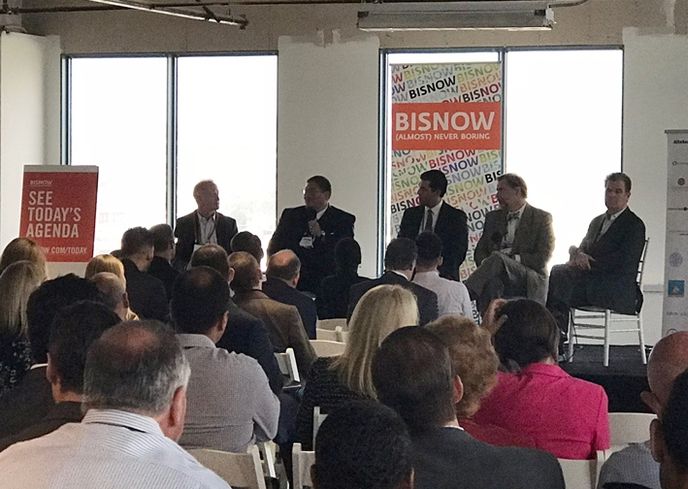 A highly significant project underway in San Pedro is AltaSea at the Port of Los Angeles, which is an ocean-oriented science and business hub to accelerate scientific collaboration, facilitate job creation and foster a more sustainable ocean.

Built on a historic pier with access to the deep ocean, AltaSea’s campus will expand science-based understanding of the ocean, incubate and sustain ocean-related business and pioneer new ocean-related education programs.

AltaSea Vice Chairman Doane Liu said the vision is to de-industrialize that side of the channel and to diversify the workforce in the area, which was traditionally dependent on shipping.

"We can't just have T-shirts and tacos for seven miles along the waterfront," Liu said. "So we asked, 'What else could there be? What other jobs?' The port worked hard, and came up with the concept of a research institute on a main campus. That will bring in high-wage jobs."

Port of Los Angeles Director, Waterfront and Commercial Real Estate Mike Galvin said the port is a partner, providing 35 acres on a deep-water channel, and a benefactor, since AltaSea diversifies the job and economic base of the waterfront.

"We forgo rent in return for AltaSea providing educational programs for [Kindergarten] through college-level students, creating a hub of education."

Galvin said AltaSea will be a "blue-tech" cluster, spurring innovation in tech related to the ocean — robotics, sustainable seafood and more.

"AltaSea will be the hub of that tech. We have all the pieces to put that together. It will drive jobs in the community and around Southern California."

Page & Turnbull principal John Lesak said the buildings were originally built to serve the opening of the Panama Canal, then they were a hub for the import and export of petroleum products. Now they are going to become a distribution and collection hub for information.

"They were originally storage," Lesak said. "Converting them into high-performace science hubs is challenging, but it's doable using a building-within-a-building strategy. The interest in the project has been strong, because for the ocean scientists, access to deep ocean is remarkably limited."

Glaser Weil LLP Government and Regulatory Department Co-Chairman Tim McOsker said the idea for AltaSea was big and bold, but its plans have evolved as the project proceeded, and for the better.

"Orginally, the Engagement Center was going to be built first, then the Southern California Marine Institute facility, and then 180K SF of warehouse space to be the business hub.

"We sat down with the city and reworked the project. We decided to do the business hub first, so we could continue working with an income coming in, while raising money for the rest of the development. It's turned out to be a faster, smarter and cheaper way to develop." 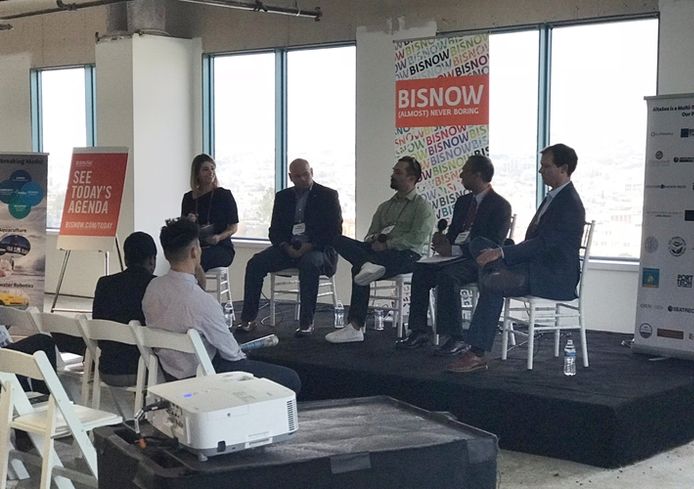 The next panelists discussed development in San Pedro. Ratkovich Co. Development Manager Milan Ratkovich, whose company is working on the San Pedro Public Market project, said his company was attracted to the area for a number of reasons.

City government is an important one.

"You have a city councilman pleading with you to come develop in San Pedro, and that just doesn't happen everywhere," Ratkovich said.

"The public-private partnerships possible here are special, and we're glad to say that the redevelopment of the Public Market is one of those," Ratkovich said. "The project needs to be public-serving, and we want to ensure that what we do re-enforces the public nature of the property."

The Albright owner and founder Greg Morena, who just opened a new restaurant in San Pedro, Pappy's Seafood, said what ultimately attracted him to San Pedro, and the building, was its authenticity.

"I don't think everyone sees it, but it's there."

Pappy's, he said, celebrates the heritage of the historic structure through the restaurant’s new design, mixing San Pedro’s new and old cultures. One example: The interior space is anchored by a reclaimed brass bar from the old Fisherman’s Market at The Ports o’ Call, serving craft beers on tap, local wines and signature cocktails.

Holland Partners Development Manager Ryan Guthrie, whose company specializes in larger urban infill projects, said San Pedro has a lot going for it — the climate, the coastline and investment in infrastructure, such as the Silver Line.

"Here in the Downtown core, a significant advantage is that the area's already zoned for density, and the community wants density. San Pedro wants to see its historic core rejuvenated."

Los Angeles Housing Authority Development Officer Dhiraj Narayan, whose project in the area is the redevelopment of Rancho San Pedro, said the property was once housing for World War II-era defense industry workers, but has become obsolete. The goal now is to redevelop the site into a denser property, including more affordable housing.

"We believe that Rancho San Pedro is right not only for affordable housing, but mixed-income and market-rate housing," Narayan said, a statement that got applause from the audience.

"We have embarked on meetings with residents and stakeholders recently, to ensure that they know that they will be able to return to the property after the redevelopment." 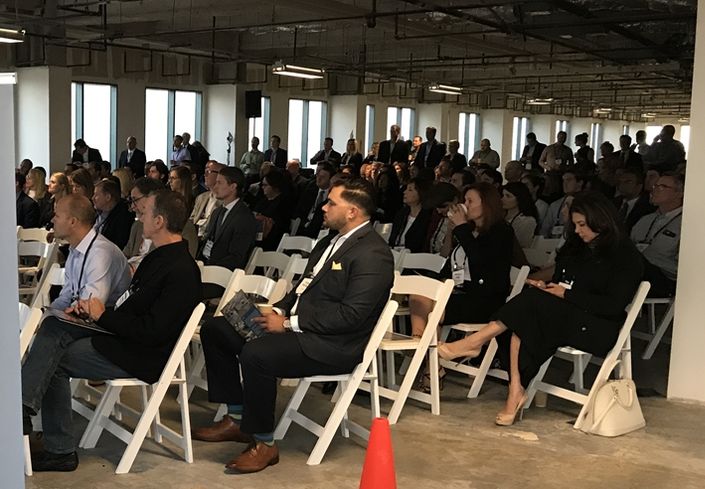 City of Los Angeles 15th District Councilman Joe Buscaino, who represents San Pedro, said be believes fervently in the future of San Pedro — which will involve the redevelopment of its existing assets, which are many, and the development of new properties.

"San Pedro can be a thriving waterfront district, but we need to build a Downtown, diversify the workforce, and bring in housing and office space," the councilman said.

"We want people to live, work and play in San Pedro. There's disposable income here, and there's going to be more, but people are tired of going to Torrance or Long Beach to spend their money."

Buscaino also said a request for proposals for the redevelopment of Rancho San Pedro will probably be out by the end of this year.

"It's 470 units of public housing on 22 acres with an ocean view. No one should live in WWII-era housing stock, with bars on the windows."

"It's an opportunity to bring in more residential space, and mixed-use development that adds density and amenities to the area, and San Pedro needs to take it."