Food, fitness, film and eventually fashion will be part of the future home of the Los Angeles Rams and Chargers in Inglewood.

Movie theater chain Cinépolis, Olympix Fitness and a brewery/restaurant concept owned by restaurateur Lynne Weaver of Inglewood's Three Weavers Brewing Co. are the first three tenants to sign up for the retail component of the much-anticipated Hollywood Park development, formerly known as the Los Angeles Stadium and Entertainment District at Hollywood Park. 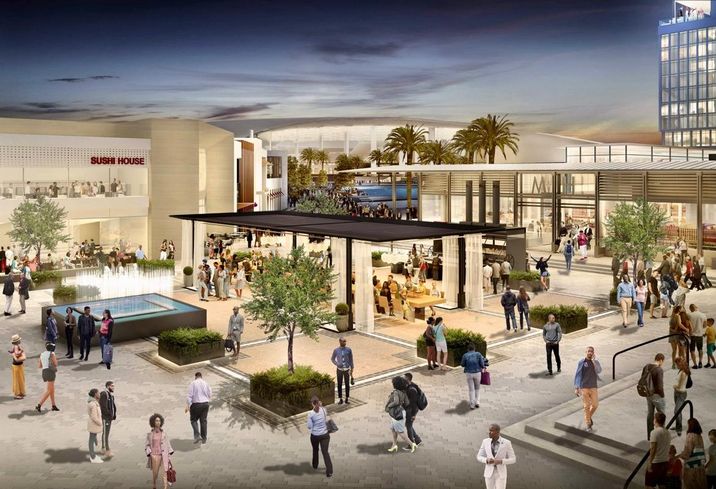 "This is all part of [Los Angeles Rams owner/Chairman] Stan Kroenke's vision of creating a city within a city and retail is an important component of that," Hollywood Park and SoFi Stadium Managing Director Jason Gannon told Bisnow.

With the football stadium 75% completed, The Kroenke Group and Hollywood Park, headed by billionaire Kroenke, announced Tuesday the first group of tenants to the retail section of the $5B, 298-acre mixed-use stadium and entertainment destination development in Inglewood.

The stadium is slated to open in summer 2020, followed by the first phase of the project that includes the performing arts venue, some retail, offices and 300-unit residences. The first phase should open within a year of the stadium opening, according to Gannon.

For retail, Gannon said, it was important to attract local companies to anchor the district.

Weaver, founder of the Inglewood-based Three Weavers Brewing Co., will open a second location at Hollywood Park. The new beer garden and brewpub will be 20K SF and feature on-site brewing, indoor and outdoor seating, and live entertainment. The restaurant will be located at the Century Boulevard entrance to the district, Hollywood Park officials said.

Long Beach-based Olympix Fitness will also open its second location at Hollywood Park. The new gym will be 21K SF and include a swimming pool on the roof, among other features, officials said. 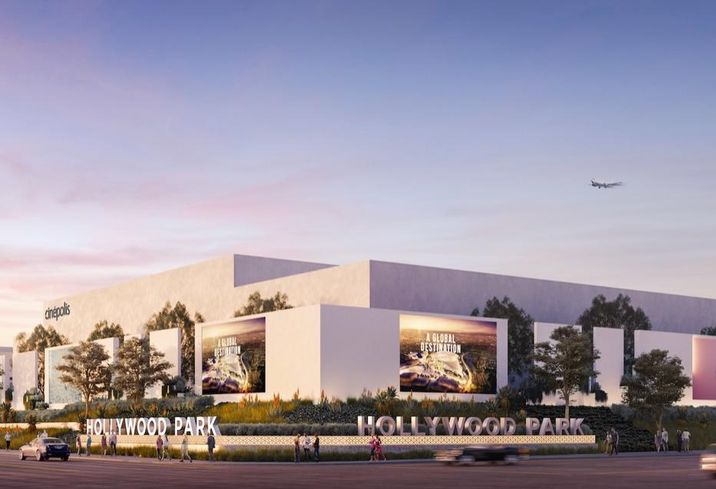 Cinépolis will open its fourth location in Los Angeles. The theater will have 12 movie screens with reclining leather seats, premium stadium seating, waiter service, a specialty chef-inspired menu and a full bar.

Gannon said the goal of the 500K SF retail component of the development is to have a unique mix of tenants — food, fitness, film and fashion. Hollywood Park is not just solely a sports destination but a central gathering place for the community, he said.

"We envision the retail side to have 30 to 50 long-term tenants," Gannon said. "Stan Kroenke wants to create a global sports and entertainment destination with an authentic and unique experience at Hollywood Park."

The retail announcement comes a couple of days after Hollywood Park officials announced the name of the 70,000 to 100,000-seat stadium — SoFi Stadium. The online personal finance company signed a 20-year deal for exclusive naming rights to the venue. Terms of that deal were not disclosed.

Wilson Meany is the development manager of the Hollywood Park project. BCV Architecture + Interiors is the design architect for the retail component. Architects Orange is the executive architect. Studio-MLA is serving as the landscape architect and CBRE is handling the real estate services.

Correction: Sept. 17, 11:30 A.M. PT: A previous version of this story listed the development as Los Angeles Stadium and Entertainment District. The development is now being referred to as Hollywood Park.

Correction: Sept. 17, 9 P.M. PT: A previous version listed Gensler as the architect of the Hollywood Park project. Gensler is the architect for the office component of the development. Also, Stockbridge is no longer involved with the project.