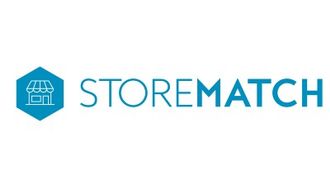 Building A Pretzel Empire, One Retail Vacancy Match At A Time

It is a good year to be in the pretzel business.

This October, Wetzel’s Pretzels was named the third-fastest-growing snack brand in the U.S., according to Franchise Times. Rising to fame with its made-from-scratch soft pretzels, the retailer has expanded from its original SoCal location to over 300 bakeries around the world.

To continue its expansion, Wetzel’s turned to StoreMatch to help it quickly find vacancies that complement its growth.

“A pretzel concept is not always the first thought for landlords that may have perfect locations available,” Wetzel’s Pretzels Vice President of Franchise Development Doug Flaig said. “StoreMatch has been critical in helping bridge that gap.”

StoreMatch is an ideal extension to a retailer’s real estate department that works 24/7 and for free, StoreMatch co-founder Mike Whitfort said. StoreMatch is like having another leasing agent supporting the department. The platform provides quick access to the retail leasing marketplace, creating direct and efficient connections. Landlords fill out profiles specifying what they are looking for in a lease, while retailers list their size, location requirements and growth strategies. After receiving a match, parties can contact each other directly to begin the leasing process.

The ability to create a customized retail strategy was invaluable to Wetzel’s Pretzels. Wetzel’s relies on foot traffic, and does well in locations like shopping malls, outlet centers, airports, stadiums and entertainment venues. The retailer also has bakeries in iconic locations like Disneyland, Disney World, Staples Center and Dodgers Stadium.

In 2017 it announced plans for continued growth in traditional and nontraditional locations. StoreMatch allowed the retailer to fill out a profile on the platform that outlined this plan, and matched the brand with landlords whose vacancies fit those specifications. The platform’s algorithm pairs specific retailers' needs with landlord vacancies and delivers real-time results in a simple contact format.

Wetzel’s offers a variety of build-out options to accommodate almost any space, including both baking and non-baking kiosks. The flexibility of the brand has allowed it to explore strategic areas of the country where significant room for store growth remains.

Flaig was able to create a list of “target sites” in StoreMatch. As opportunities arose in those locations, he received a notice and was quickly able to evaluate the opportunity. This has led to new opportunities with major developers.

The brand has capitalized on other nontraditional locations like a second pretzel cart on the popular Santa Monica Pier in Southern California, and a planned location on a Bahama cruise port. Earlier this year, the brand announced a new location at a Walmart Supercenter in Queens Creek, Arizona, one of the 11 Walmart locations the Wetzel’s planned to open this year.

By using StoreMatch, the retailer can continue to bring pretzels to unexpected places.

While the traditional method of searching through listings can be time-consuming and inefficient, StoreMatch allows retailers to quickly see and evaluate opportunities at locations they may not have previously considered. The dashboard also shows users the newest opportunities first and groups them by property.

“The intuitive interface is simple to use and requires almost no training,” Flaig said. "As I make decisions the dashboard stays clean and clear, making progress-tracking easy.”

“The ability to quickly see, sort and decide on StoreMatch makes it a perfect platform for busy leaders,” Flaig said.

Storematch
We are the digital platform revolutionizing the retail industry for landlords and retailers. Developed by leasing professionals with over 100 years of retail experience, StoreMatch connects retailers with landlord vacancies instantaneously and confidentially. StoreMatch is an ideal extension or partner to your real estate department. It works 24/7 and for free! StoreMatch is like having a dedicated leasing team supporting the real estate department.
Confirmed! You are subscribed to the Bisnow Los Angeles E-Newsletter.
Most Read Stories
More Top Stories
Bisnow LA Newsletter
Bisnow LA Newsletter