Just a few years removed from his last tour of duty in Afghanistan, Navy SEAL William "Billy" Wagasy has landed a gig as a VP at the Downtown LA office of Commonwealth Land Title. Bisnow chatted with the vet to hear about how multiple tours in the Middle East prepared him for a career in commercial real estate. 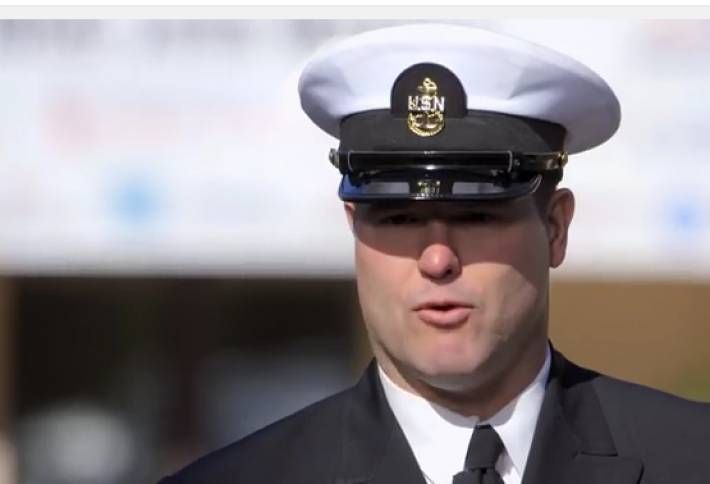 When William returned from his last tour in December 2011, it was after three six-month combat tours in Iraq from 2004-2009 and a one-year tour in Afghanistan. On Oct. 1, he hit the ground running at Commonwealth, where he'll be conducting nationwide sales. But returning to civilian life took time. William tells us he was far too physically, mentally and emotionally exhausted to enter the civilian workforce right away. “I just wanted to get away, have no one to answer to and unplug for awhile.” So after 10 years of active duty, he left San Diego and took a small apartment in the Catskills in upstate New York, where he joined a boxing gym. 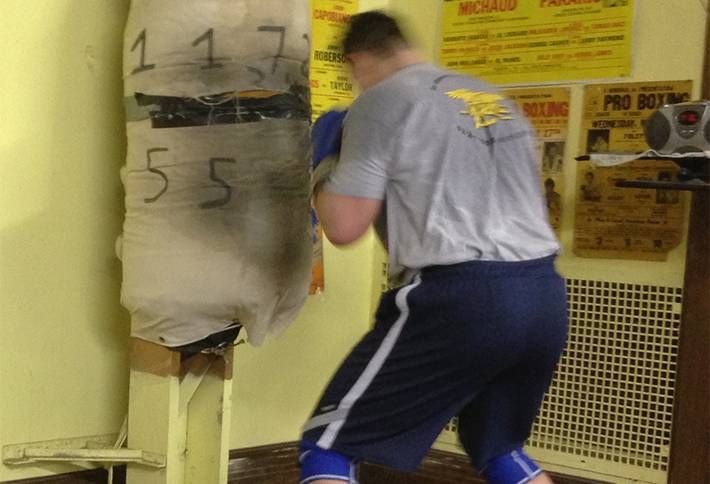 As a SEAL, William had a number of roles, including lead sniper, a breacher, joint terminal aircraft controller and lead navigator. 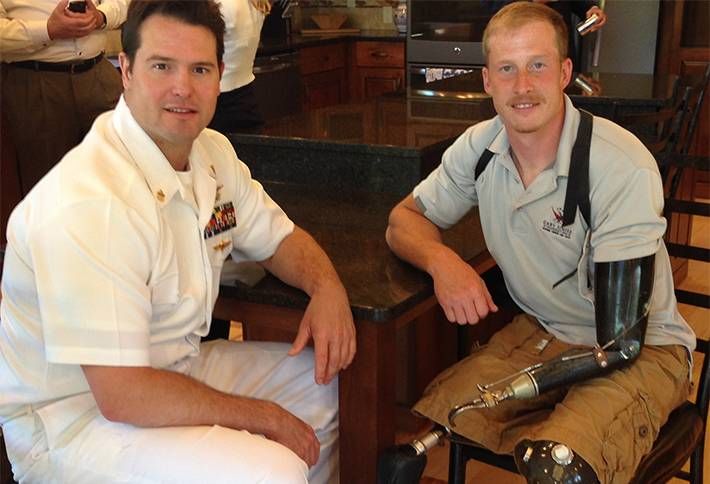 After eight months in the Catskills, William moved back to California and jumped at the chance to work for the Gary Sinise Foundation as the director of Veteran’s Outreach. “This position enabled me to once again be a part of a small elite unit, but instead of waging war, this time the mission and our primary objective was to empower and support the most severely wounded veterans who had been injured while serving in Iraq and Afghanistan,” he says. William's pictured here with Mark Litynski, who lost three limbs during combat duty. The Foundation’s R.I.S.E. (Restoring Independence, Supporting Empowerment) program builds smart homes that are customized to each wounded veteran's disability in ways that provide mobility and independence. 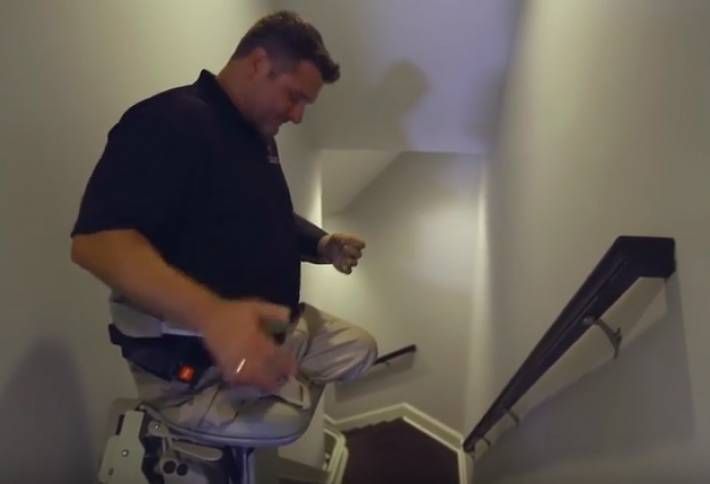 William tells us the opportunity provided him with a way to help his fellow service members, while also helping him to make the transition to civilian life. “I met a lot of people in communities across America where we are building these homes who supported our R.I.S.E. projects, which rejuvenated my faith in America." Pictured is  John Mason, who lost both legs, trying out the elevator at his new home. 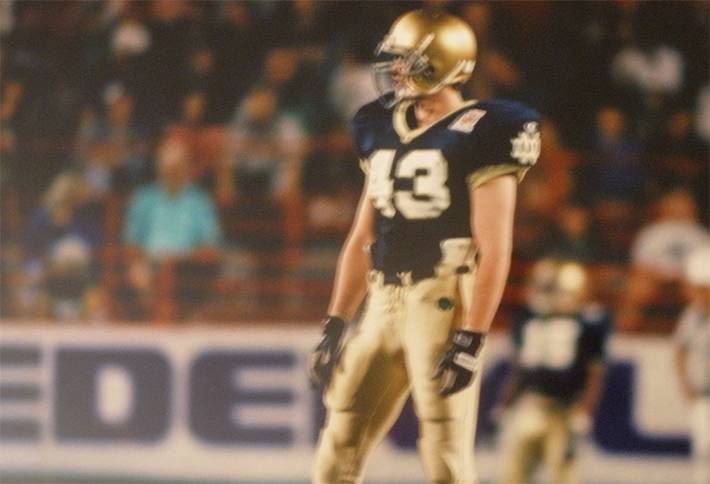 After 18 months working for the Foundation, William decided to leave for the business world. “At 42 years old, I was eager to start a career that would enable me to spend more time with my family and secure a strong financial future for us,” he says. Prior to 9/11 and his enlistment, he had earned degrees in accounting and philosophy from the University of Notre Dame, where he was a linebacker on the football team from 1992-1996. Following graduation, William enrolled in grad school at Pepperdine University, where he earned a Juris Doctorate and master's in dispute resolution. 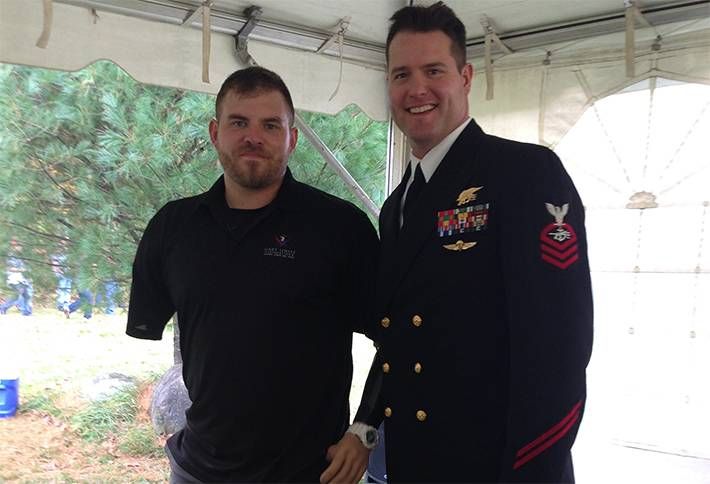 In addition to his work at Commonwealth (a division of Fidelity National Financial), William remains active in veteran affairs as an official Gary Sinise Foundation ambassador. In this role, he represents the Foundation’s mission with speeches and other public appearances in communities across the country. William is pictured here with Travis Mills, who lost an arm and both legs on a tour of duty, at his home dedication in Maine. 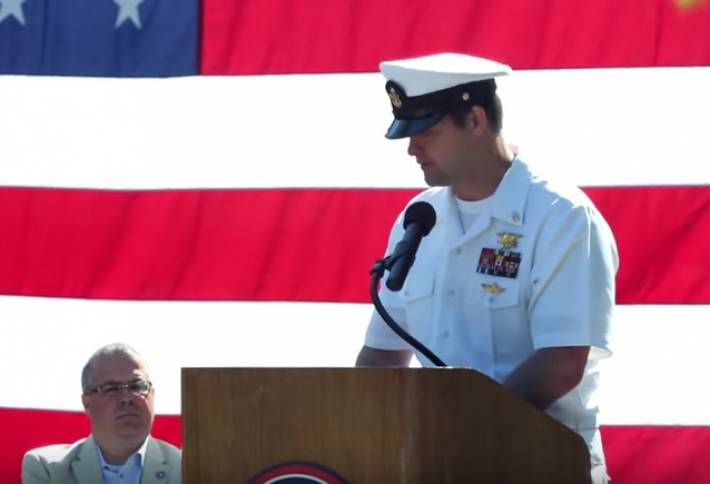 William also conducts his own public speaking engagements, on Patriot Tour with fellow Seal Marcus Luttrell (of Lone Survivor fame) and as a guest speaker for corporations, such as Lockheed Martin, Orbis, T-Bird Restaurant Group and Fidelity Financial. He also has been invited to give motivational speeches for university sports teams, including Texas A&M and Ohio State’s football programs. This past Veterans Day he was the guest speaker at Pepperdine Law School, where he talked about his military experiences. William’s speaking topics include lessons on leadership, mission planning and execution, mental toughness, team building and mentorship that he learned while playing football under legendary Coach Lou Holtz, as well as his time as a Navy SEAL. 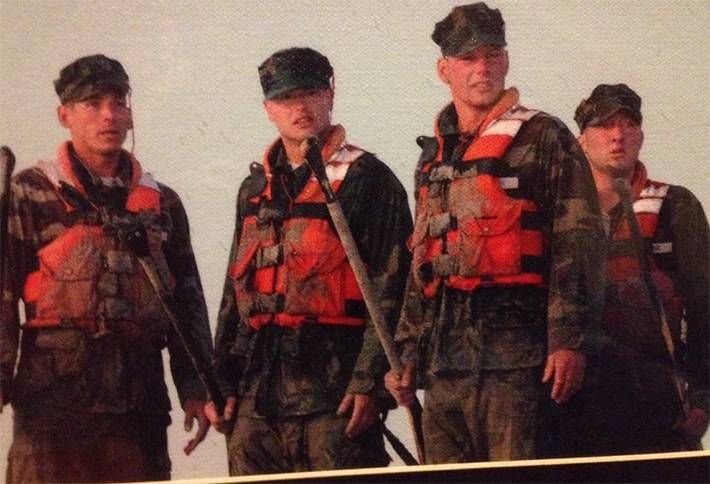 William emphasizes the most valuable skill he learned in the military was the power of effective mentorship. “When I became a SEAL in 2003, I didn’t go to war alone. There were SEALs in my platoon ready to vigorously mentor me to prepare me for combat,” he explains. “And a few years later I was mentoring new SEALs who were beginning to rise through the ranks and deploy overseas." Here's William pictured second from right with fellow Seals during Seal training "Hell Week." 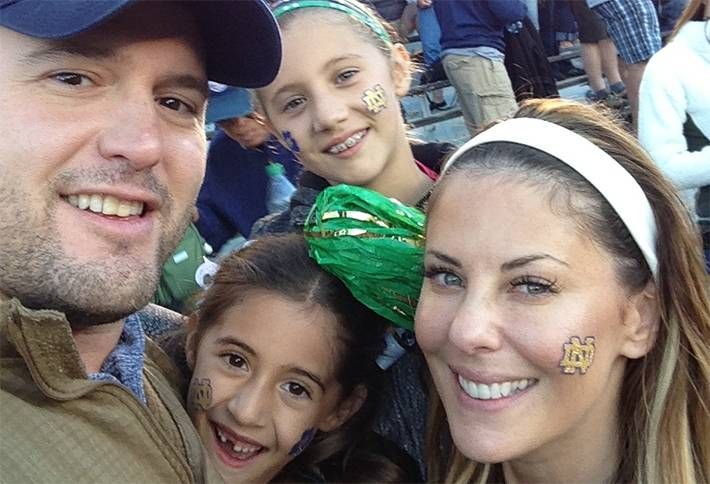 William says his most effective and trusted mentor has been his girlfriend, Alexi Silva (pictured here with William and their daughters at a Notre Dame football game), who has 15 years of experience working in the title insurance business. She also works at Commonwealth. 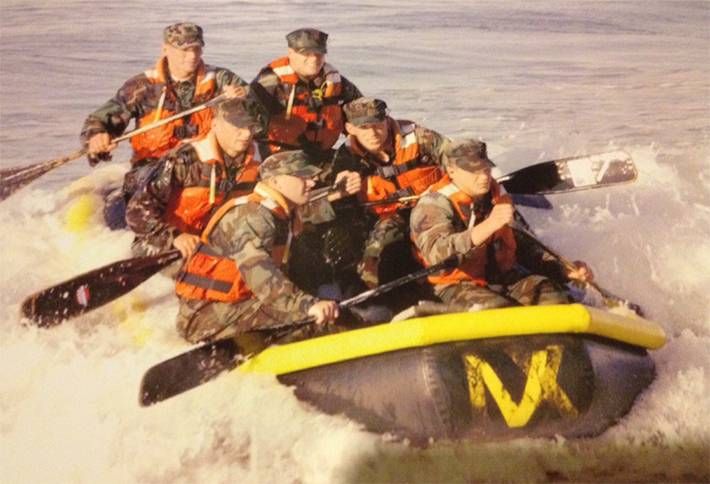 Although William gave 10 of his best moneymaking years to the military, he has no regrets. “As a SEAL it was our objective to be the best at what we did and execute the will of the American people. I learned to be comfortable being uncomfortable. He says his service made him a strategic thinker, which translates quite well to the business world. "I will ensure we complete the mission for the client and effectively meet their needs, one mission at a time, one client at a time.”