'Use The Funds To Grow The Business': Why Cannabis And Opportunity Zones Could Be A Budding Industry

If things fall into place, Downtown Los Angeles could soon see one of the first mixed-use cannabis projects in a designated opportunity zone in the nation.

The proposed mixed-use development, still in its infancy, will feature a boutique hotel that could rise as high as 50 stories, with a music recording studio, a film screening room, an event space, retail, and a cannabis dispensary and lounge on the ground floor. 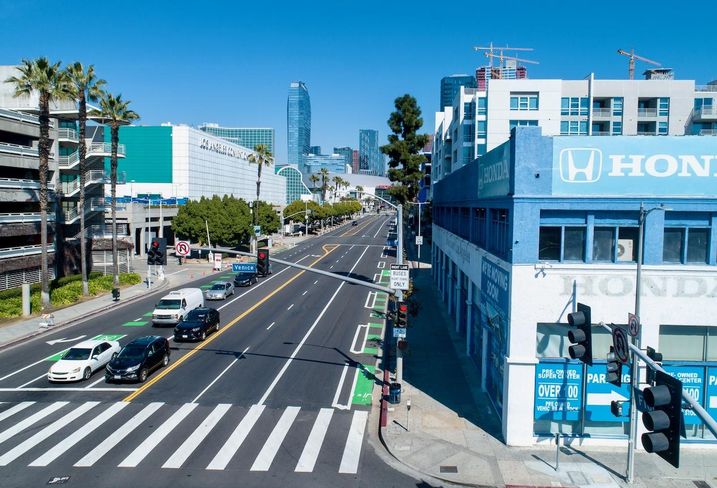 "This is going to be an epic destination, but I don't want to count my chickens before they hatch. We need a lot of things to go right," Oak Investment Fund CEO and Managing Partner Erik Murray said.

Oakland-based Oak Investment Fund is planning to develop the estimated $75M to $100M loft project on the former 50K SF Honda dealership across the street from the Los Angeles Convention Center. Oak Investment acquired the land at 1540 South Figueroa St. for $23.3M, according to commercial real estate data site Reonomy. The Honda dealership moved down the street to a 200K SF site next to the Los Angeles Memorial Coliseum.

Murray's project could be the start of a bigger nationwide trend of cannabis investors and operators setting up cannabis operations in opportunity zones. If so, that development will reap the benefits of the controversial federal tax program, despite the federal government classifying the drug in its most restrictive category.

The opportunity zone program allows an investor to roll over capital gains into a special fund, which is then used to invest in a business or real estate in any of the designated 8,700 low-income census tract neighborhoods. If held for at least 10 years, the investor could see tax free gains upon exiting the project.

Cannabis operations in these areas have been a fraught subject, with some members of the Trump administration, including Treasury Secretary Steven Mnuchin, openly opposing investors using the opportunity zone program. Marijuana is still illegal at the federal level. 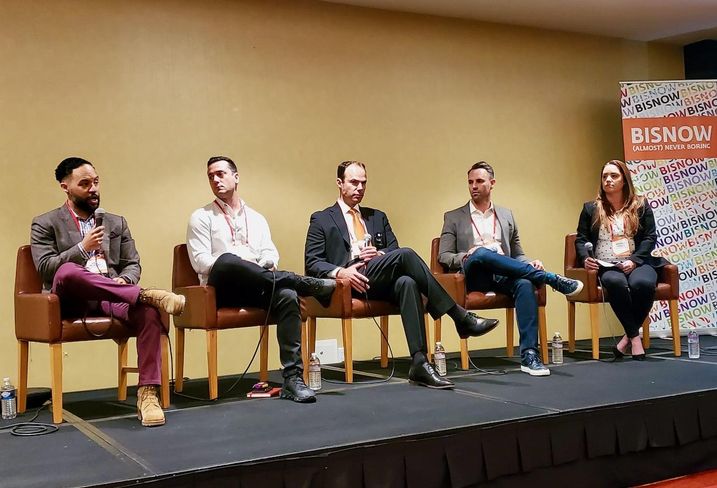 However, when the opportunity zone program came out at the end of 2017, the program published a list of prohibited investments or "sin businesses" that includes setting up country clubs, massage parlors, strip clubs, racetracks, liquor stores and casinos in opportunity zone areas. Cannabis businesses were not included on the list.

While the IRS might classify cannabis businesses in the program's liquor store sin category, or in its own separate category in the future, Murray said he feels confident he can include a cannabis operation as part of his mixed-use project.

"The first thing that people should know about cannabis is that it is not a sin business as defined by the IRS," Murray said. "You can certainly own real estate and lease it to cannabis operators in an opportunity zone, and that is what we intend to do."

Murray said his company acquired the downtown LA property in September using a qualified opportunity zone fund. He was assured by his legal team, "that should LA get their act together and start to issue their Phase 3 social equity license and if we can win a license on that property, we will be able to do a cannabis dispensary inside of an opportunity zone."

Murray's attorney, Greenspoon Marder partner James B. Mann, said cannabis businesses are like any allowable business under the federal program.

"There's a lot of misinformation going around," Mann said, adding that no one can definitively say for certain why cannabis operators cannot qualify for the tax incentives. "Cannabis business is like opening a bakery or anything else. It fits the criteria of the [opportunity zone] program." 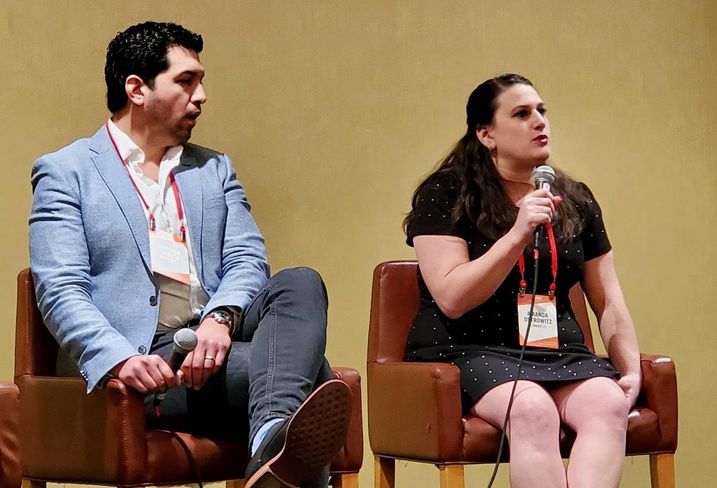 Cities, businesses and residents all stand to benefit from cannabis businesses in opportunity zones, she said. Many opportunity zones are in light industrial zones or blighted parts of town that could be attractive locations for cannabis distributors, cultivators or growers.

"Who is going to see the greater benefit from cannabis operators in opportunity zones than the cities that have a depressed economy and a bunch of empty real estate because the manufacturing [businesses] are gone?" Ostrowitz said. "They are looking for businesses to generate revenue from those that have left."

At the Arcview Group's investor conference in Santa Monica, Arcview founder and Chief Strategy Officer Troy Dayton said there is a growing interest from cannabis business investors to take advantage of the opportunity zone program.

The annual investor's conference brought together high net worth individuals to learn about investing in cannabis businesses.

"The tax benefits are enormous and it also serves to reinvest in the communities that were hardest hit by the prohibition of cannabis," Dayton said.

But many investors are still leery of the program. It is new and most people and investors are still wrapping their heads around it, he said. "One potential risk? It's possible that the tax benefits could not come to pass if it is determined that cannabis falls under a 'sin business,'" Dayton said.

Dayton is hopeful. He said that for so long, people of color that live in many of these opportunity zone areas have been criminalized for using or dealing marijuana. Now, they can stand to benefit from these type of operations.

"From a business perspective, there's a lot of opportunity if done right to double up and triple up [profits]," Dayton said. "But mostly, this could really help residents of those communities that have been negatively impacted the most by cannabis prohibition. There could be a lot of job creation." 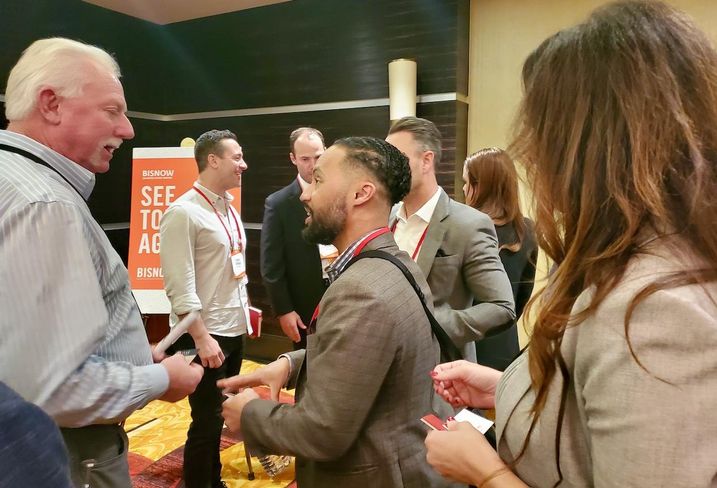 Though many are concerned about the possibility of cannabis being included as a sin business under the program, Moore said he doesn't share that same level of concern. The opportunity zones program has gone through three rounds of guideline updates and there has been no mention of prohibiting cannabis businesses.

Moore said only an act of Congress can change the legislation.

"Given the lock-up in Congress, it is unlikely to see any changes to the legislation," Moore said.

Moore said the biggest play may not even be buying real estate in opportunity zones but rather having a cannabis operator setting up as a qualified opportunity zone business and placing a headquarters in the zones.

"No point in wasting money on buying property," Moore said. "Use the funds to grow the business.

"Cannabis needs funding and it's a long-range play," Moore added. "You can imagine a [cannabis] company generating substantial capital like a software company. It could generate substantial returns. It makes sense as an attractive way to raise financing."

For Murray of Oak Investment Fund, there is a level of excitement and cautious optimism with his mixed-use project.

Under the opportunity zone program, he has at least 30 months to meet the substantial improvement test. A lot of things still need to fall into place.

Murray's company owns the land, which is in an ideal location, right across the street from the Los Angeles Convention Center and a few blocks away from the Staples Center and LA Live. Now, he needs a cannabis license from the city, the site to be rezoned for the hotel component and most importantly, more funding to build it.

Murray has already lined up several black operators for the project, including Blaqstar Farms to run the dispensary and Homage Hospitality to develop the hotel. He is in discussions with several music executives and retailers to set up shops on the ground floor. He said he wants his mixed-use project to be an eclectic mix of businesses and to provide an opportunity for minority entrepreneurs.

"We want to create a sustainable example of how cannabis and opportunity zones can work together to impact the real social equity in communities, which is encouraging entrepreneurship for black folks, women and all of these groups that are underrepresented in owning these businesses," Murray said. "We want to use opportunity zones and cannabis and our real estate as a tool for that."