A $1B Makeover For El Segundo

Creative office repositioning and sexy retail development is just the beginning for El Segundo. You thought you knew everything about the city transforming itself through development, but even more was unveiled Thursday. 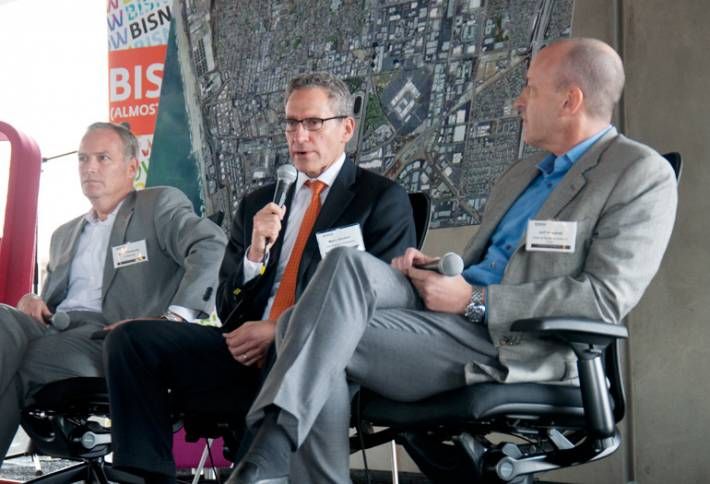 Rubicon principal Marc Gordon announced plans to completely overhaul the 640-room Hacienda Hotel (the 10th largest hotel in the County) at Bisnow's Future of El Segundo at the elevon at Campus El Segundo Thursday. The reno is just one part of the more than $1B in development planned or underway in the city. Marc says no one knows the Hacienda, and for a hotel of that size, it's unacceptable. Late last year, Rubicon bought the hotel, which had been owned and managed by a private family for about 40 years. Marc says it'll be split into two lodgings under separate brands and corporate flags (a fancy name change TBD), and that changing demographics in El Segundo have created an opportunity for the hotel to stop competing with airport lodgings, which cater to a variety of users, and instead focus on the discerning business traveler. 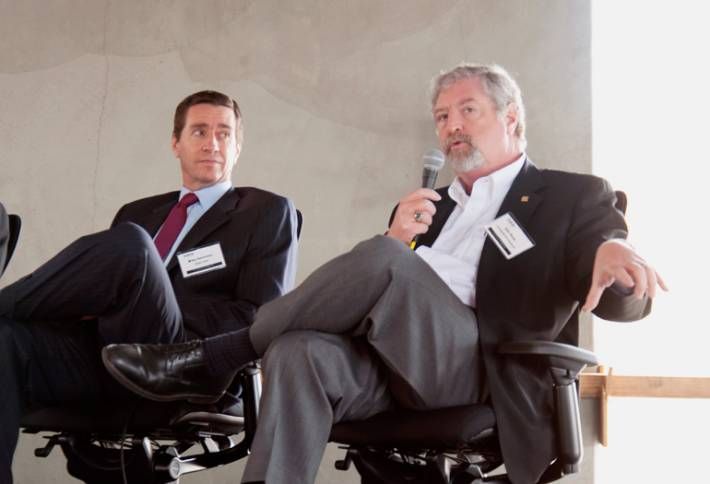 Continental Development SVP Alex Rose, whose firm is JV'ing the $100M elevon with Mar Ventures, told the more than 250 attendees the city is in the early stages of what could be a 20- to 30-year growth spurt. The project underscores some of the big advantages El Segundo boosters are pushing. Most notably, the ability to rent or buy space. Can't do that anywhere in Silicon Beach unless you're Google (more on that later). 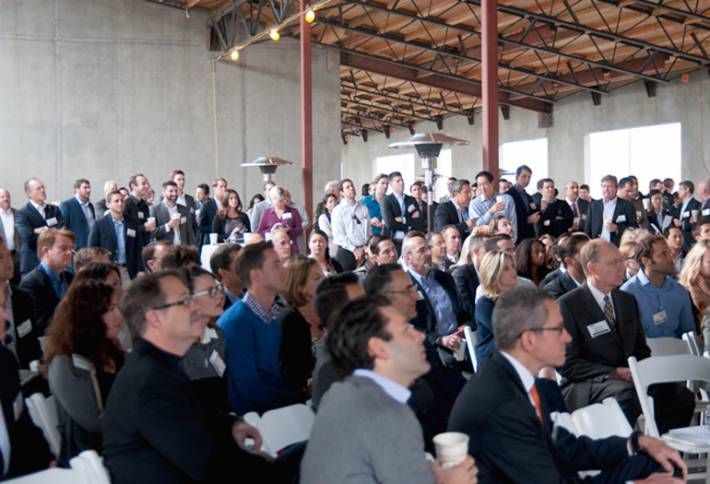 Brokers also are bullish on El Segundo, which they used to try and position as an extension of other great seaside cities (Playa Vista, Santa Monica, Venice) or the city near Manhattan Beach (we've even suggested El Segundo could be the next Playa Vista). Now they boast El Segundo. CBRE SVP Bill Bloodgood says the office vacancy rate is about 20%, but only 12% for Class-A space. Bill says the market will continue to tighten and landlords have room to push rents and get spreads previously only seen north of LAX. Can you imagine an El Segundo with rents comparable to the Westside? Bill can. 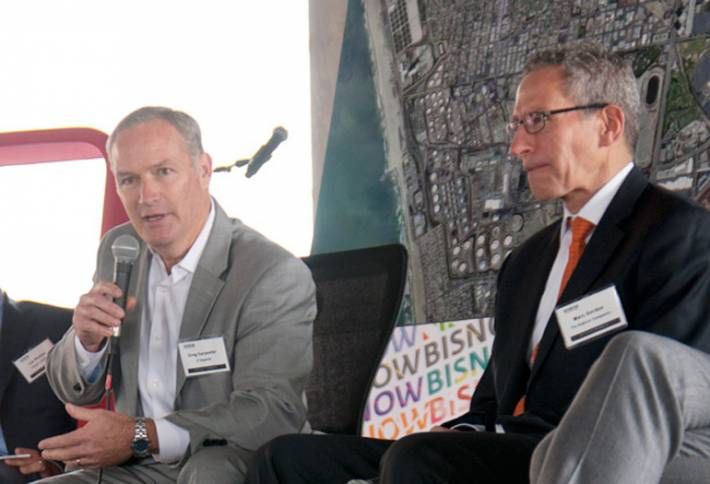 City manager Greg Carpenter says the next step for El Segundo is offering more to the city's younger demographic (why we called the city The Next Big Thing). Greg, who was born and raised in El Segundo, says two-thirds of the aerospace jobs from the '80s are gone, and he expects more manufacturing jobs to leave in the coming years (a trend all across California). The days of a quiet 9-to-5 El Segundo are gone, and developers are taking old industrial stock and repositioning the space with an eye on the tech crowd. Take the $20M reno NSB Associates recently completed on Utah Avenue as a case study. 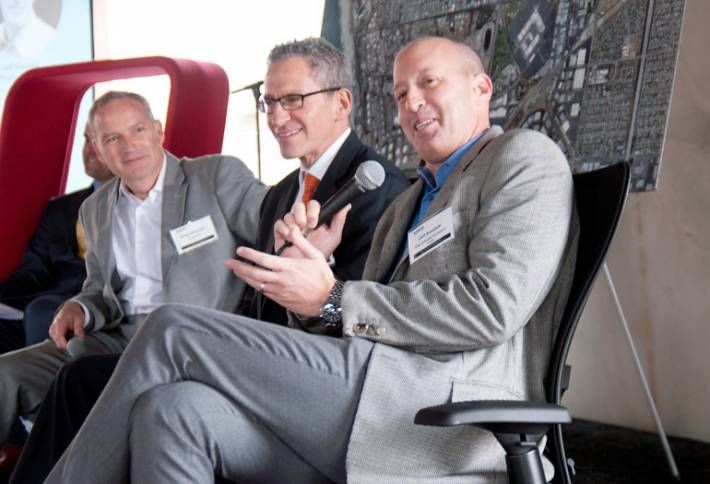 Creative office and tech users need more, and that's something Federal Realty VP Jeff Kreshek, who's behind the $80M The Pointe high-end retail mall, is keenly aware of. High-end homeowners in the city used to drive to neighboring communities for kicks, but Jeff says the highlight of his development aims to change that. The 45k SF park at the center of the project is something he hopes will attract people to hang out in the city. (While many shop on the Internet, Jeff jokingly asks the crowd how many eat on the Internet.) 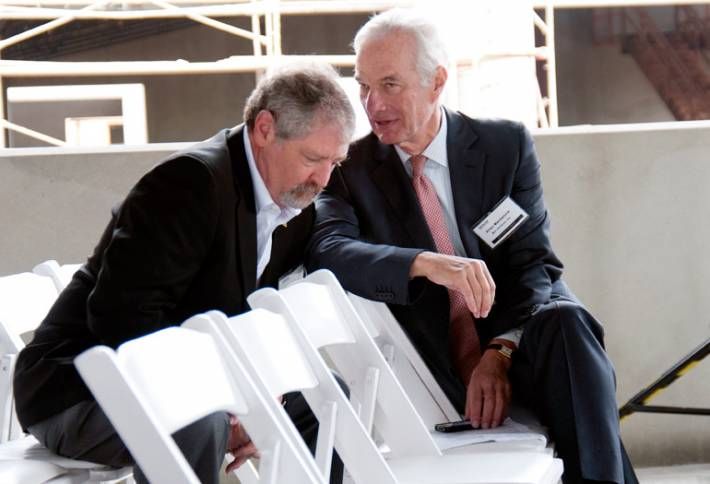 Still, much of the talk around the water cooler is the Google Earthquake last week and if El Segundo can truly be the next Playa Vista. Mar president Allan Mackenzie (whom we snapped kibitzing with Alex) says El Segundo offers a more business-friendly city government (code for low taxes and streamlined entitlements), the opportunity for users to rent or buy their real estate, and its very own freeway (the 105). 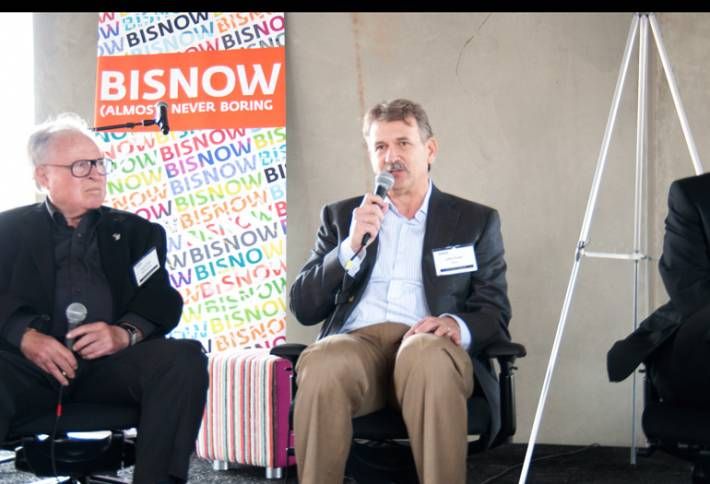 Kilroy Realty SVP John Fucci says more capital will be flowing into El Segundo in the coming years, as it continues to diversify its job market. John says growth isn't just coming from spillover from the north, but also from the south in areas like Manhattan Beach and Redondo Beach. 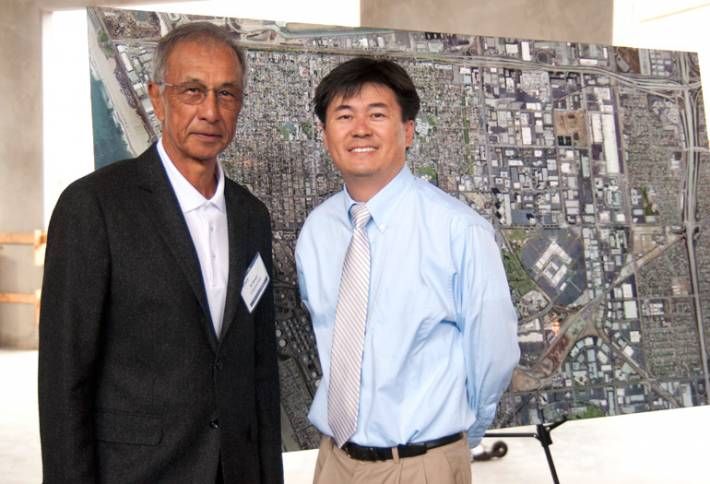 And the city is ready to capitalize. Vice chairman of the economic development advisory council Al Keahi (snapped with planning director Sam Lee) says the city will kick off a $400k advertising blitz in the new year. The group has spent about a year on promoting the city (even hosting an event of its own in Bel Air), but is ready to put in the money. Al says the budget is just a start, and that like anything else, the group (and the city) will need to prove itself.