This series aims to capture a moment in time, talking to men and women in commercial real estate about how their lives and businesses are being transformed by the coronavirus pandemic.

For Henry Manoucheri, working from home has given him a chance to reconnect with family.

Manoucheri is the founder of Universe Holdings, a Los Angeles-based multifamily owner and operator of about 60 properties totaling 3,000 units across Southern California. 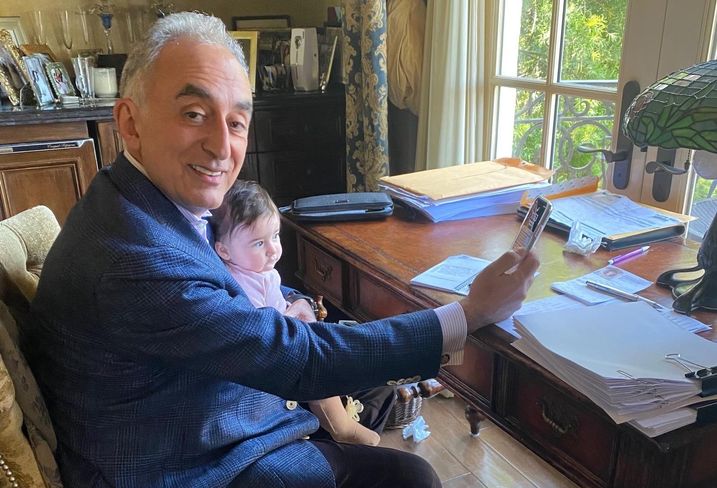 Before state and local officials ordered companies to have employees work from home to prevent the spread of the coronavirus, Manoucheri said his days were busy. He'd wake up, go to the office or visit his properties, work all day and come home in the evening.

It was hard to spend time with family during the day, he said. But those times are changing.

These days, Manoucheri is working form home, sometimes with his grandchildren on his lap while he checks his emails on his phone or computer. He said he is spending more time with his wife, children and grandchildren and learning more about them.

"It has been a blessing," Manoucheri said.

Manoucheri: I'd rather be in my office but this experience has given me a new dimension. I've been able to spend a lot of time with my kids, my wife and my grandkids. It's been a unique discovery especially with my grandkids seeing their personalities and interactions that I never knew before.

Before there was no time. We sacrifice so much to achieve what we can achieve. Everybody is home now.

When we were buying this [multifamily] portfolio [earlier this year], I didn't get home until 8 p.m. or 8:30 p.m., for three to four months, every night. That has changed now.

Bisnow: How are you transitioning your life and business to the home front?

Manoucheri: Our corporate office is about 6.5K SF. We were in the process of signing a new lease expanding our footprint but because of the coronavirus that is on hold right now.

We have 22 people in our corporate office. Now, there are only four or five people max in the office and they have to spread out, 5 or 6 feet apart. Anyone over the age of 60 is working from home. In addition, we have people outside of the main office working in leasing offices and property management buildings. We are doing virtual tours and at the same time scheduled appointments. No more walk-in options.

Strangely enough, I've found that people are closer than ever before. I think they value their jobs and each other and miss being around each other in the office.

Phones and computers and other applications have become the new norm. We're hearing each others voices and seeing each other on video through Zoom or FaceTime. We have more meetings than ever before. I don't think I've ever had so many meetings. Before you can walk into an office and you'll have 20 people and talk to everybody. Now you have to come up with a time and put everyone on the phone at the same time.

These aren't just one minute and 30 second meetings. The meetings are 30 minutes to an hour. I think we're actually working more hours. 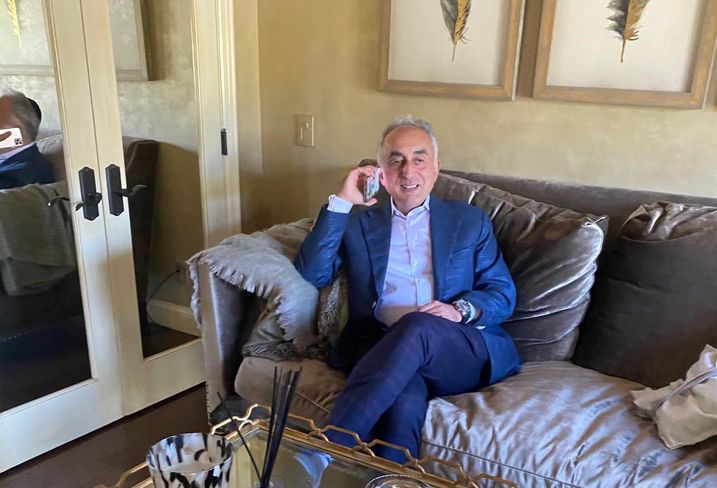 Bisnow: What is the state of your business at the moment?

Manoucheri: One of the reasons why we are working more hours and longer is primarily defense. We are trying to preserve and protect what we have and be more efficient. We are focusing on cutting some operating costs.

Right now, I think deals are down 90%. Everyone is on the sideline. It's going to be a tough year for brokers.

On the offense side, we are coming up with an idea to launch a fund and raise money to acquire properties or notes or situations of distressed in the market. I think there are going to be tremendous opportunities in the market. That is something we are formulating and coming up with.

Bisnow: What is your greatest business concern right now?

Manoucheri: Rent collection. We have sent out letters to all of our tenants on how they are doing. We've already had a couple of people that have said they lost their jobs and can't pay rent. We think that number is going to go up.

But we also think there are going to be people that are gaming the system and trying to take advantage of all of this. We're very cognizant of that. If there's a reason for sympathy, we'll work with people. But we have no tolerance for those that want to play games.

My [other] greatest concern is the country getting pushed into a depression by forced prolonged business closures and radical left anti landlord daily policy changes .

Bisnow: What was your lowest low and the highest high these last few weeks?

Manoucheri: The lowest low was when I saw people I know well that have gotten sick [due to the coronavirus] and were in the hospital. A couple of people I know have died. In the Orthodox Jewish community, I think 200 people have died [of the coronavirus]. We pray every day. That is my low. There is an unknown.

The highest high is that I'm gratified that I know who my best employees are and how wonderful some of my workers are. In times like this, people who are self-motivated and who hold themselves accountable have really stepped up to the plate. They are working longer and harder. 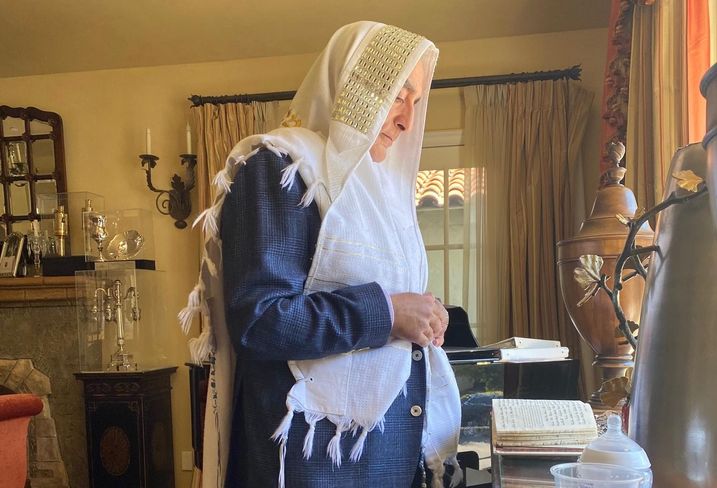 Bisnow: What are you doing at home to keep your sanity?

Manoucheri: I organize myself. Either the night before or in the morning, I'll go into my office and write notes to myself. There is a lot of time that has been freed up. When I'm not finding new deals, I think it's important to watch our diet so we don't overeat. Every day, I try to run or play tennis. That's my escape.

Bisnow: What have you learned about your business or the industry in the last few weeks?

Manoucheri: I've been through a number of downturns in my lifetime, in the 1990s and 2008. But when I saw what was coming with this virus, and I was on that Bisnow panel [in February], and telling them what was coming, people thought I was out of my mind. I saw the writing on the wall. Whenever you see the stock market go up and down 1,000 points almost every day, if it walks like a duck and talks like a duck, it's a duck. It's a downturn.

Right away, we began to hunker down and protect our assets. I told my entire team that there is a big storm coming. Some of them believed me and some of the younger ones thought I was out of my mind.

Generally, anybody who has not been through a down cycle, there were a lot of young guys acting like cowboys buying up properties and highly leveraged themselves or borrowed too much money and promised big returns, this is going to be the real test. I think a lot of people that don't have the skill set, training discipline and experience are going to struggle. No one is going to be spared from this. This is like a falling knife. The people who are resilient and walk cautiously, they are going to be much better off.

Bisnow: What are you most hopeful about today?

Manoucheri: I know a lot of people are depressed and there's a lot of uncertainty, but history and the way the world works, is this too shall pass. This is going to be a great story that we can tell our grandkids one day.

What I look forward to is in this time a lot of people are looking at their own personal values, their moral values and family values and finding out what's most important in their life.