Gen Z Is Ready To Disrupt The Multifamily Space

With an estimated $143B in buying power, they are ready to take over and disrupt the multifamily space, Streetsense Managing Principal Eric Burka said.

"I think people need to realize that Gen Z is different from millennials," Burka said in an interview with Bisnow. "They are more community-oriented, socially conscious and really care about brands."

Streetsense is a D.C.-based design firm with an office in Los Angeles that focuses on master planning, interior architecture, food and beverage, branding and marketing, and engagement in real estate. CBRE owns 50% of the company.

One common theme discussed across the different panels was what to expect from and how to prepare for the new generation of renters.

By the end of this year, Gen Z, defined by Bloomberg as those born in 1997 and after, will comprise 32% of the global population, Bloomberg reports. The Gen Z classification varies depending on the organization, but most generally define Gen Z as anyone born from the mid-1990s to 2010. There has been no real consensus on the generation's ending birth years.

With an estimated population of 2 billion globally, this demographic is slated to be the single largest group of consumers worldwide in the next five to seven years. More than 25% of America's population will be Gen Z, Burka said.

One report found that by 2020, Gen Z will make up 40% of consumers worldwide and have $143B in buying power in the coming years.

"Do not expect Gen Z to be in front of their laptops from 8 to 5," University of South Florida Muma College of Business Dean Moez Limayem told Fox 13 in Tampa. "You have to rethink the workplace, the technology they use, and give more space to do the things they're good at, which is using smartphones, ideas and being very social."

While millennials are known as the "me first" generation, Gen Z members are communaholics, radically inclusive and live life pragmatically, according to a McKinsey & Co. report.

"Businesses must rethink how they deliver value to the consumer, rebalance scale and mass production against personalization and — more than ever — practice what they preach when they address marketing issues and work ethics," the McKinsey report said.

Gen Z will disrupt the multifamily landscape in the years to come, many panelists said at the conference.

Zander said instead of nice countertops and kitchens, Gen Z values internet connectivity and package lockers in the buildings.

Trammell Crow Residential Chief Financial Officer Sue O'Bannon said she has heard of developers not putting in an oven because this generation is not cooking as much, and Trammell Crow has flirted with the idea of creating smaller kitchens.

"It's a really interesting direction to go, but we haven't done that yet," O'Bannon said.

O'Bannon said storage lockers for packages have become a necessity and smart-home technology is a must in many of the company's developments.

Streetsense Director of Trends and Consumer Forecasting Jamie Sabat said it is important for multifamily owners and developers to pay attention to the unique wants and dislikes of Gen Z.

"You don't want to design a building now and redesign it later," Sabat said.

She said some of the most sought-after amenities for this new generation are high-speed technology, package lockers, cold-storage lockers, rooftop areas, and curated clubhouse and fitness center experiences. Gen Z is mobile and very active on social media, she said, so curating the programs inside the fitness center or community gathering place are important.

With the number of people freelancing and more employees able to work from home, coworking spaces in apartment buildings could be a huge amenity in the future, she said.

One other amenity she and her team are advising their clients to create is a separate dropoff area for ride-share pickup and food delivery dropoff. She also advises building out a small lounge for tenants waiting for their ride-share or food.

"Especially in colder climate places, you don't want your tenants hanging out in front of the building," Sabat said. "Why not create a separate lounge where they can wait?"

Sabat and Burka said buildings without vibrant community spaces, that have slow or spotty internet or lack curated programs are going to get left behind.

Ultimately, the goal for multifamily building owners is to attract the people that pay high rent and retain them.

"Renewals are the key," Burka said.

Burka said he is often surprised by the lack of knowledge many apartment owners and developers have when it comes to Gen Z.

While it is important to prepare for this next generation of renters, it is equally important to design flexible spaces, he said.

"It's evolution," Burka said. "In D.C., micro-units are in right now, but it might not be in five years. Design spaces for flexibility. Design spaces that could be repurposed, used or change as the market evolves."

Check out the slideshow of the BMAC West conference here: 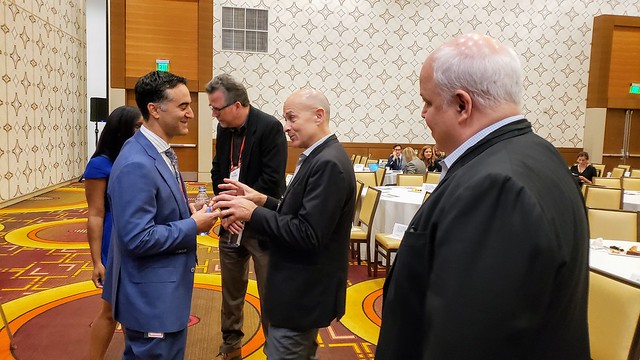