After three years of construction, the much-anticipated Circa Towers will soon be ready to open its doors to residents and visitors. Sales staff for the $500M mixed-use Circa Towers in Los Angeles began pre-leasing the development’s 649 luxury apartment homes a few weeks ago and it has been generating a lot of buzz and interest from prospective residents, Hankey Investment Co. President Scott Dobbins said. 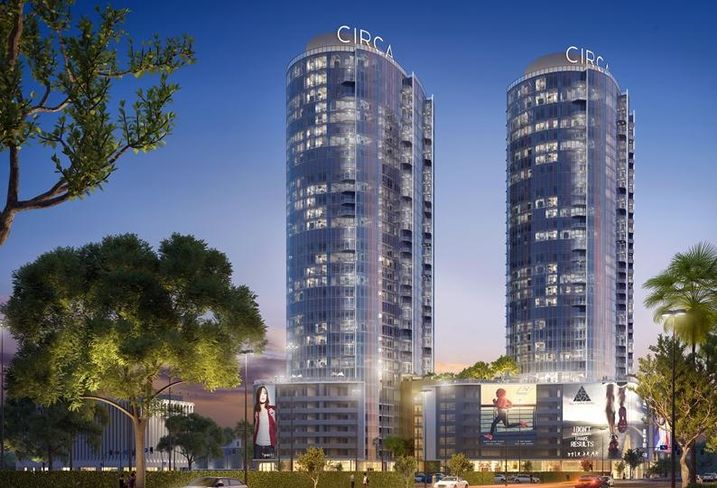 Courtesy of Hankey Investment Co. and Jamison Services
Rendering of Circa in DTLA

With an 18K SF LED display, the massive towers at 1200 South Figueroa St. are expected to anchor the South Park area of downtown Los Angeles. The mixed-use development sits across the street from the Los Angeles Convention Center, Staples Center and LA Live.

The project is slated to open later this summer with residents moving in in September, Dobbins said.

The Circa Towers feature 648 luxury rental units and 48K SF of retail and restaurant space within the 35-story twin towers built on 2.7 acres. The apartments range from 600 SF to 24K SF. Prices start at $2,945 per month for a one-bedroom and $5,195 for a two-bedroom. Penthouses can command as much as $24K a month, according to Los Angeles Downtown News.

The development group has not announced the retail and restaurants that will occupy the commercial space but Dobbins has no doubts “it will bring visitors in.”

“We have a front-row seat of LA Live and the Convention Center,” Dobbins said. “I think a lot of people are going to be attracted to the amenities, the resort pool, the lap pool, private cabanas, dog parks, multiple lounges. We just craned up some more Olive and Palm trees as decorations.”

“LA is becoming a 24/7 city and people are drawn to that lifestyle,” Dobbins said.