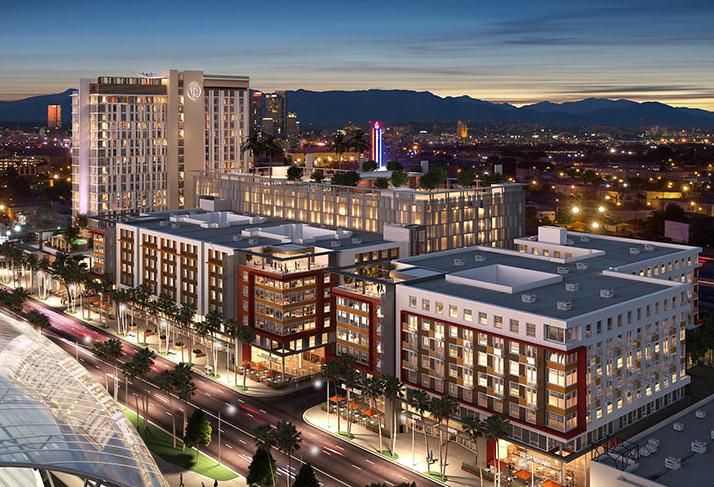 More information about the Fig, a proposed project consisting of a hotel, student housing, apartments, and retail and restaurant space in Exposition Park, is being revealed, thanks to new renderings.

The development would be built on 4.4 acres on South Figueroa Street across the street from the future LA Football Club soccer stadium.

The student housing would be in a seven-story building between 39th Street and Martin Luther King Jr. Boulevard, according to Urbanize LA.

The 298-key hotel would be 21 stories tall and have meeting rooms and 15k SF of retail space, according to the architecture firm Wimberly, Allison, Tong & Goo. 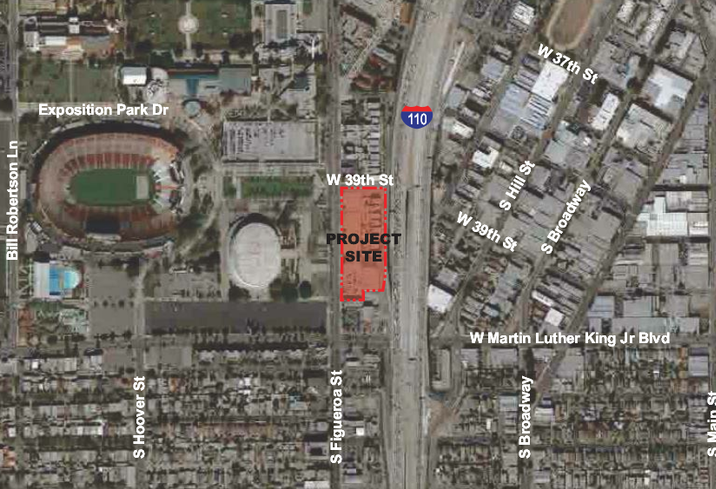 Irvine's Spectrum Group is developing the project, which is dependent on approvals from city officials.

The student housing would have 222 studio, one-, two- and four-bedroom apartments over more than 30k SF of ground-floor retail.

Another apartment building could have studio, one- and two-bedroom units with 82 of them for affordable housing.