During a quarterly call last week, Macerich CEO Tom O'Hern said the company would tone down its plans to redevelop other redevelopment retail centers, but move forward with the One Westside project, which is being co-developed by Hudson Pacific Properties. 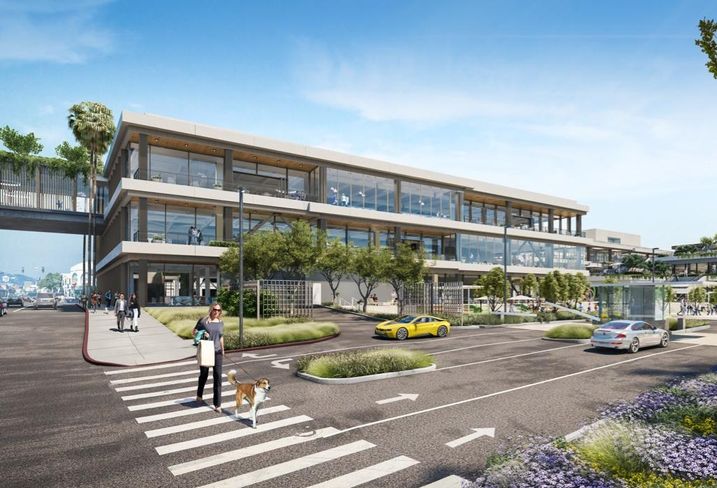 Courtesy of Macerich and Gensler
A rendering of One Westside, a 584K SF creative office campus in west Los Angeles

"Work continues on that project during the pandemic, which is fully funded by a nonrecourse construction loan," O'Hern said.

The move comes as Macerich tightens its belt amidst the coronavirus crisis that has upended the retail industry. According to reports, Macerich has collected 26% of its rent in April and was recently granted forbearance for its $600M mortgage on the Queens Center mall in New York.

"Through last Friday, May 8, we have collected 18% of our billed May rents, and we estimate that May collections are trending slightly better than April," Macerich Chief Financial Officer Scott Kingsmore said during the earnings call. "As our centers continue to reopen, we anticipate improved collections in June and thereafter."

Macerich officials said that as states reopen, the company is transitioning its centers nationwide to meet social distancing guidelines and ease into reopening. While the company's redevelopment plans for its other projects have slowed, the One Westside project in Los Angeles proceeds as planned, officials said.

Announced last year, Google's long-term lease and the transformation of the former Westside Pavilion mall into a creative office was heralded by city officials and Los Angeles Mayor Eric Garcetti.

Hudson Pacific Properties has a 75% stake, and Macerich a 25% stake, in the project. The 584K SF creative office building, which is under construction, is slated for completion in the third quarter of 2022.

O'Hern said the company plans to spend about $60M in the last three quarters of this year for its other redevelopment projects in the pipeline. That number is $90M less than what the company had previously estimated its redevelopment expenditures would be in 2020, Kingsmore said.