The iconic Molson Coors Beverage Co.'s brewery plant seen by drivers along the 210 Freeway in the San Gabriel Valley in Los Angeles County may soon have a new owner. 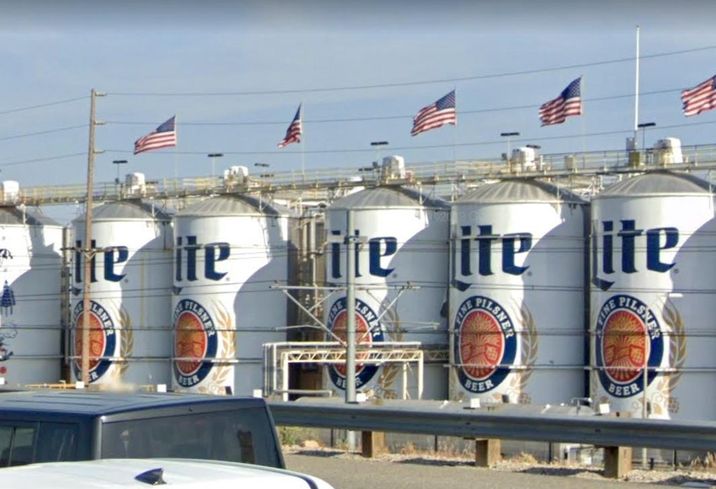 As part of an effort to condense its business operations, Molson Coors on Monday said it would close its brewery plant in Irwindale by September 2020. The plant employs 470 workers and their future job status is unclear.

Molson Coors official said they have entered into an agreement with Pabst Brewing Co. that gives Pabst an option to purchase the brewing factory.

Several news outlets reported that Molson Coors is offering $150M for the brewing factory, which sits on a 138-acre lot at 15801 First St. in Irwindale.

“This move will allow us to optimize our brewery footprint while streamlining our operations for greater efficiency across the network,” Molson Coors Chief Integrated Supply Chain Officer Brian Erhardt said in a statement. “While it was a very difficult decision, we have extra capacity in our system and Irwindale’s production can be absorbed by other breweries in our network.”

The closing of its Southern California plant comes just a few months after Molson Coors announced it would move out of its longtime headquarters in Denver to open a new North American headquarters in Chicago.

Last year, company officials said Molson Coors is spearheading a revitalization plan that includes consolidating its operations in the U.S. and Canada and reinvesting in its brand to cater to a new generation of consumers.

Coors has operated in Irwindale since the 1980s. In 2017, the Irwindale brewing plant had as many as 510 employees and brewed more than 6 million barrels of beer a year, according to the Miller Coors website.

In 2020, the number of employees has dropped to 470, officials said. The output has also dropped. The factory now brews about 4.8 million barrels of beer, such as Miller Lite, Coors Light, Miller High Life and other brands, per year.

Molson Coors officials said the production in Irwindale and its distribution network will be transitioned to its breweries in Golden, Colorado, and Fort Worth, Texas.