The residents who will soon live at Montage International's new Pendry Residences West Hollywood in Los Angeles will have their own private elevator that takes them directly to their room.

They will have access to a rooftop pool with views of the Westside of Los Angeles, a wine room, a boardroom and a personal concierge, who can arrange almost every type of service from making dinner reservations to arranging activities for the family and wrapping gifts. 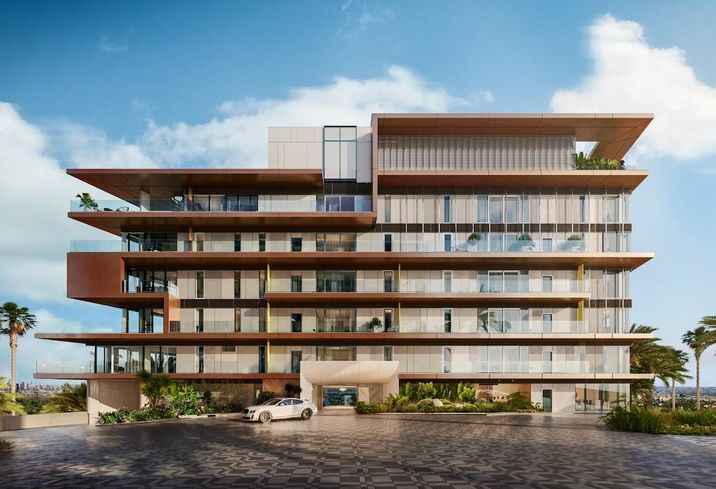 If that isn't enough, the residents will also have the ability to use the amenities in the adjacent hotel, including access to a music venue, a pool and everything that the Montage Resorts are well known to offer.

Once they step outside, residents and hotel guests can walk along the famous Sunset Strip and visit the Comedy Store across the street or ride the famous mechanical bull at the Saddle Ranch Chop House. "This will feel like a resort in an urban oasis," Montage International Executive Vice President Residential Tina Necrason said.

The $500M Pendry Hotel & Residences West Hollywood by Montage Hotels, located at the former House of Blues nightclub on Sunset Boulevard, will feature a 149-room hotel and 40 for-sale residences ranging in size from 2.9K SF to 6K SF, starting at $3M.

The new development, which is slated to open later this year, highlights the growth and popularity of branded residences, hotels with a connected residential component. Last year, Montage Residences and Pendry Residences announced that their branded residential sales reached $350M worldwide. "It's for people who want to live like they are living in a hotel," Necrason said.

Branded residences are not a new concept. They have been around since the mid-1920s, when the first branded residence, the Sherry-Netherland hotel, opened its doors in Manhattan, according to a Branded Residences Report by Knight Frank. The combo development took off in the mid-1980s when Starwood (now Marriott) began adding residences to its hotels.

Today, there are more than 500 branded residences around the world. Marriott International is the market leader. 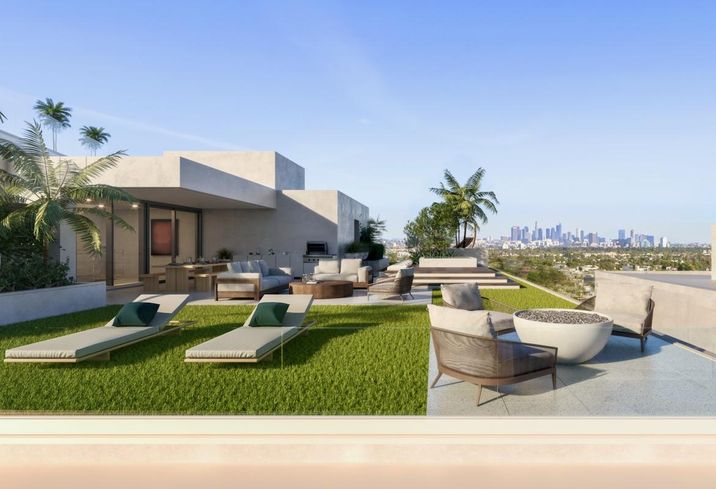 But the number of branded residences has jumped by nearly 200% in the past decade, according to a separate report by Savills. Last year, 65 new projects opened, which was a record, Savills reported. "This is due to be broken again in 2020 when nearly 70 are scheduled to complete," according to the Savills report.

The growth of the sector correlates with the increased number of high net worth individuals and families worldwide. These residential units don't come cheap: The prices range from $2M to more than $20M.

"It is no coincidence that we are seeing such a renewed interest in the branded concept, given the rapid growth in global wealth witnessed since 2000," Knight Frank researchers stated. "Knight Frank’s Wealth Report highlights that the global ultra-wealthy population, $50M-plus in net assets, grew by 18% in the five years up to 2017 and is forecast to increase a further 40% over the next five."

Montage has a nearly $4B real estate portfolio that includes 300 units of residences attached to its resorts, Necrason said. Another 650 residential units in branded developments are in the pipeline. She said she is currently working on 12 projects worldwide, including the Pendry West Hollywood.

The Pendry Residences in West Hollywood start at $3M, not including a monthly homeowners association fee, which has yet to be determined.

Combined Properties and AECOM Capital are developing the property. Montage is managing it. Ehrlich Yanai Rhee Chaney Architects and Cuningham Group are serving as executive architects on the project. Martin Brudnizki Design Studio is providing interior design services, and Lifescape is serving as landscape architect.

The biggest reason people want to live in these types of properties are the high-end amenities, which allow buyers who are seeking a second home to have one without the headache of maintaining it. Necrason said many buyers are attracted to amenities like the rooftop pool, fitness center, lounge and private social club, while also appreciating a dedicated staff willing to meet most of their needs.

"It is a brand extension from the hotel," Necrason said. "It is an integrated approach to providing a mechanism and a vehicle for people to live like they are living in a hotel. It's a full turnkey effortless lifestyle with all of the amenities and services you come to expect from a hotel."

CORRECTION: March 13, 12:30 P.M. PT: A previous version of the story did not accurately describe the developers involved in the project and the proximity of the hotel and residences. The story has been updated.