LA is notorious for congestion. Recent studies have pinpointed the city as having the most clogged roadways in the nation.

Solutions large and small have been floated to fix LA's traffic woes. Some, such as toll lanes, have been successful, while others — namely the time and money invested in overhauling the city's 405 artery — are perceived as failures. As the city looks for ways to ease congestion, long-term solutions may lie in future development, such as projects built around transit or that combine residential and office. 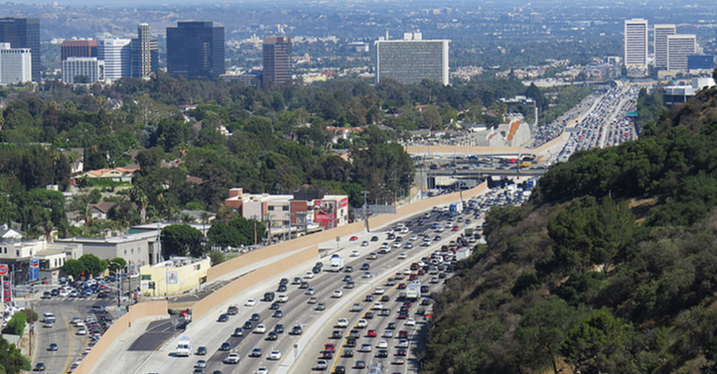 LA gridlock amounted to a $13.3B cost in wasted time and gas in 2014, according to a 2015 Institute of Transportation Studies and UCLA Luskin School of Public Affairs study.

It is a problem that has demanded a solution for a long time.

"In general, the approach to the reduction of traffic congestion that is essentially 100% effective involves charging people to drive on the road," UCLA Distinguished Professor Emeritus of Urban Planning Martin Wachs said. "The term, congestion pricing, is often used to charge more at the time and place that is most congested, and of course, fewer people will use it."

He said congestion pricing has been very effective, but most people do not want to pay to use local roads. As a result, a hybrid model has been adopted in LA.

For example, on State Route 91 or on 110 south or east of downtown LA, a commuter who wants to bypass congestion can pay to use a few lanes.

"The other lanes remain free, so it's an optional payment to move faster," Wachs said.

Everyone stands to benefit since there is also less congestion in the free lanes as a result, he said. 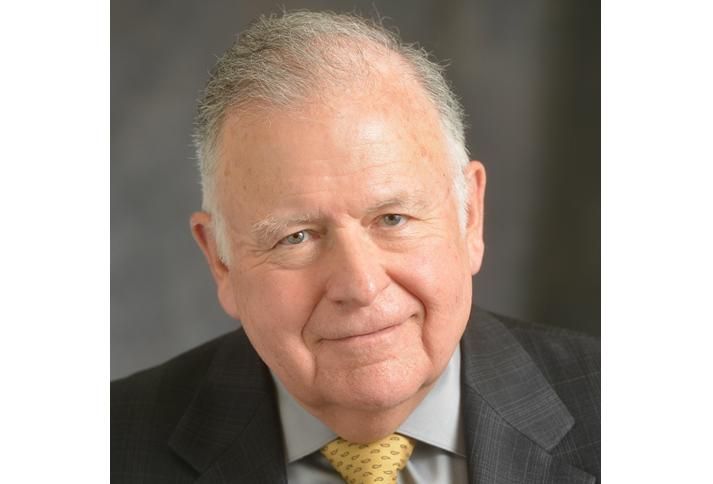 "What's happened in Los Angeles is it's kind of a little fad in a way," Wachs said.

The rules set for using the lanes include allowing carpools and drivers with electric vehicles to use the toll lanes without paying. He said now those lanes are more congested, which is undoing the benefit of pricing them.

Other short-term solutions include using HOV lanes, ride-sharing, telecommuting and car-sharing, according to a RAND Corp. study Wachs co-authored. Taking transit is also an option.

People have more options as a result of the short-term solutions, but they do not necessarily reduce congestion.

"There's a difference between giving the traveler options and reducing congestion," Wachs said.

Even building a new freeway or making freeway improvements to reduce congestion can eventually lead to more traffic.

The 405 Sepulveda Pass Improvement project is a perfect example, according to Wachs.

"The lanes were widened, and a number of lanes were added," he said. "Traffic flow was [smoothed] by the improvements, and because of that it attracted more travelers, because it is a so much better road."

While congestion has recurred, Wachs still considers it a worthwhile project.

To help cut down on traffic on the 405, LA Mayor Eric Garcetti recently proposed building a monorail over the 405 Freeway to connect the West side to the San Fernando Valley, the LA Times reports. 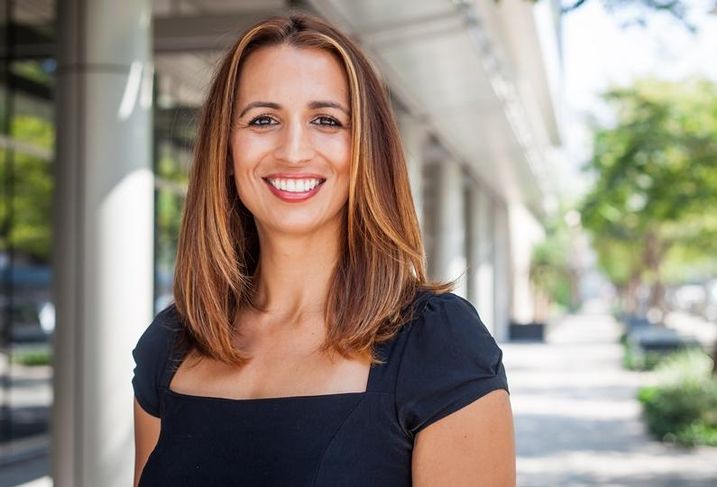 For cities dealing with traffic congestion, transit-oriented developments could be a big part of the puzzle.

"With LA being a congested city as well as facing a severe shortage in housing, we think TODs are a way to address and connect both housing and traffic issues," Central City Association CEO Jessica Lall said. "They kind of go hand in hand."

This is especially true since DTLA has a residential population of 65,000, but 500,000 people work there during the week, according to Lall. 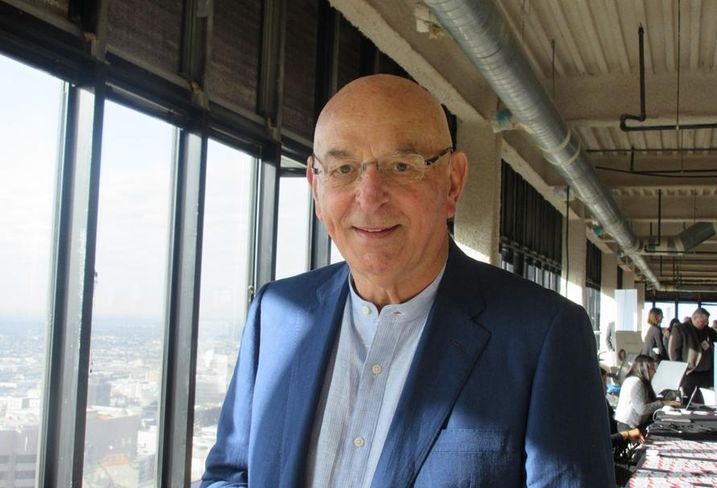 The Bloc is one example of a TOD in DTLA. Developed by the Ratkovich Co., the mixed-use project involved a reno of the former Macy’s Plaza at 700 South Flower St. and includes a 496-room Sheraton Downtown Hotel, 700K SF of office and 430K SF of retail.

“One of the important reasons for locating an enterprise in Downtown Los Angeles is the ability to attract employees and customers from all directions — north, south, east and west," Ratkovich said. "Our expanding transit system offers an alternative to the growing traffic congestion that Southern California residents continue to experience. The direct connection that The Bloc now has to the Metro provides workers, shoppers and visitors with very convenient access to the city of Los Angeles and to Southern California.”

"TODs provide a lifestyle option that people are willing to pay a premium for, particularly the millennial generation," Washington said. "This benefits developers. Also, many cities already provide reduced parking requirements for developments located within a certain distance from transit. Providing less parking dramatically reduces development costs and frees up developers to use space and funds to improve other on-site amenities."

He said the passage of Measure M, or the LA County Traffic Improvement Plan, last November continues an unprecedented investment in public transit in LA County. Billions of dollars are now slated to be spent to expand the public transit system countywide. 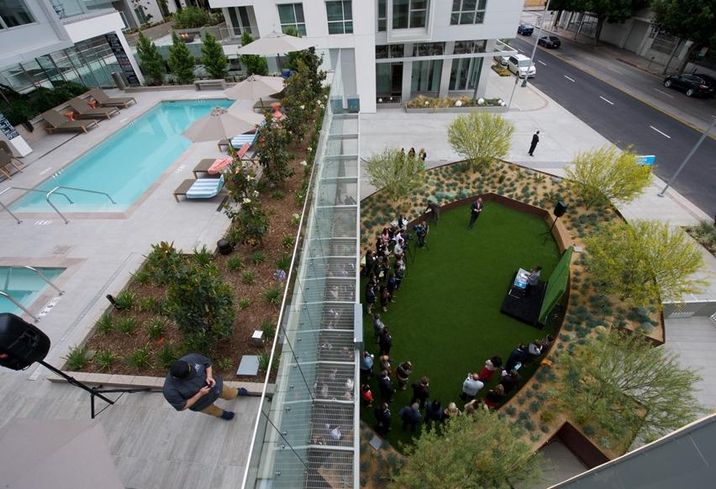 WREN, a new 362-unit residential community steps from the Pico station in South Park, is another example of how TODs can make a difference.

The project at 1230 South Olive St. is the first phase of a six-acre community in South Park being developed in part by Mack Urban and Aecom Capital.

The second phase will have a 38-story skyscraper at Grand Avenue and 12th Street with another 536 residences, 13K SF of retail and a 10K SF park. There will also be three additional buildings.

“Urban development near transit, and retail in walkable areas is what will define communities in Los Angeles in the future, and it’s what will make this project a success,” Aecom Capital Chief Executive John Livingston said in a statement.

"When the community can really come together in terms of the public, private and government sectors, I think that's when you really start to see great progress," Lall said. "I think as downtown continues to evolve there's going to be more opportunities for those kinds of partnerships that include transit, and transit is very central."